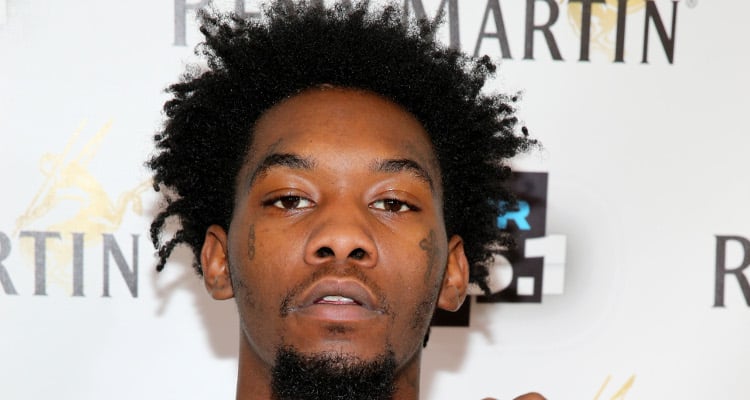 Offset of Migos vs. SahBabii —whose side are you on? Offset was called out by fellow rapper, SahBabii on social media. Apparently, SahBabii did not appreciate the Migos rapper blasting him for wearing chains with upside down crosses. We’ve got the details about Offset’s beef and more, right here!

“All y’all n****s wearing upside down crosses, even my little partners, stop that s**t. You look lame,” Offset said on Snapchat. He further added, “All that worship the devil s**t. Get with God man.” However, SahBabii seemed to read between the lines. He waged a social media war on Instagram and Twitter that went viral. Offset’s comments come a day after Lil Uzi Vert wore a $2,400 Valentino shirt with an upside down cross to the Billboard Music Awards.

Offset is a hip-hop artist from Atlanta, Georgia. He joined the Atlanta hip hop group known as Migos in 2009, and rose to fame in 2013 with group’s hit track “Versace.” Born on December 14, 1991, Offset’s real name is Kiari Kendrell Cephus.

Migos’ members are Quavious Marshall (aka Quavo) who is Offset’s cousin, and Takeoff, Quavo’s nephew. The group rose from playing at various Atlanta Clubs and buying the DJs a drink to play their music to selling out shows to thousands of people. Crowds loved their tracks and “Versace” caught the attention of Drake. The Canadian rapper remixed the song, and the rest is history.

Migos blew up overnight. Possibly their biggest hit to date, “Bad and Boujee,” was a hit towards the end of 2016. It went on to reach No. 1 on the Billboard charts.

In April 2015, Offset, along with the rest of Migos, were sentenced on charges of marijuana possession, possession of a Schedule II controlled substance, carrying a weapon in a school safety zone, and possession of a firearm during commission of a crime. They were released in early December 2015.

The rapper purchased a whopping $100,000 diamond chain, with a massive raindrop locket. The 65-carat diamond chain is reportedly designed by Elliot Avianne of Avianne & Co. Jewelers.

Offset has broadened his horizons and recently dropped his brand new track, “Monday.” With his solo work, the rapper is in his signature element —spitting rhymes with his infamous flow over a mellow trap beat.

The past couple years have been great for the Atlanta rapper. From new hit songs to making guest appearances on others, the 25-year-old Atlanta rapper has a lot more to give!