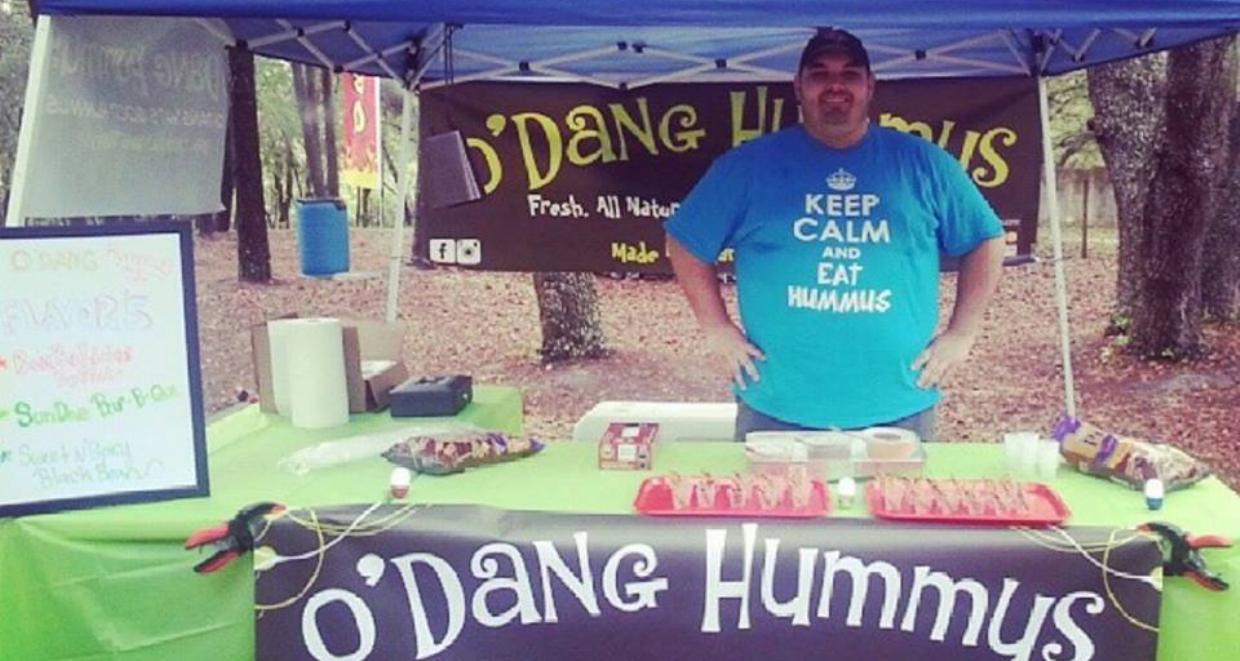 Chickpeas dip specialist Jesse Wolfe started his hummus company, O’Dang Hummus, in 2013, hoping to see success in more than just local farmer’s markets. After an appearance on Shark Tank, his business saw exponential growth and success, and now, his lip-smacking products are on the shelves of 2,000 Walmart stores! This latest update on O’Dang Hummus has got to be a dream come true for Wolfe!

Before Jesse Wolfe was chosen to appear on Shark Tank, he was struggling with the manufacturing of his product, which offers a spectrum of flavors that were never seen before in hummus.

In 2015, he was chosen to appear on the business reality show, Shark Tank, and it was a yes from the sharks for his yummy hummus! From there, Wolfe has built his empire, given his products a new look, and of course, launched a plethora of new flavors to suit every taste bud!

What Happened to O’Dang Hummus after Shark Tank?

Orlando-based O’Dang Hummus’ salad dressings and spreads are now sitting proudly in Walmart stores across the country! It was a huge deal after the highs and lows Wolfe experienced for years when trying to launch his hummus business.

“It’s literally hitting the shelves at this very moment, which gives me goosebumps to think about,” Wolfe expressed earlier in 2018.

He began selling his products in farmers markets and local shops in the beginning and said that he was flat broke in 2015.

The company was going nowhere at the time and had been rejected by supermarkets like Publix and Whole Foods, too. Shark Tank also proved to be a dicey situation and a bit of a gamble.

Luckily for Wolfe, he made it on to the show, and boy did people take notice! He received the $50,000 deal he was seeking, and now, O’Dang is known as America’s first hummus dressing brand!

It offers people a healthy choice compared to many leading dressing brands with less than 45 calories per serving. And now, Walmart shoppers will be seeing it on the shelves at their local stores! (A huge deal for Wolfe!)

All O’Dang Hummus flavors are made using non-GMO chickpeas and are fully American-grown. From farmers markets and TV to local stores and now Walmart, O’Dang Hummus has had quite the journey!

It is not only voted America’s number one hummus dressing brand, but it has also been covered by multiple business magazines and media like Forbes, The Huntington Post, and Medium.com.

At this time, half a dozen new flavors have been released for Walmart sales—Greek Tzatziki, Ranch, Roasted Red Pepper, Honey Mustard, Caesar, and Buffalo Ranch. The products retail at $4.99 each for 12-ounce bottles.

All this set into motion for Wolfe after his appearance on Shark Tank, when CNBC bought the episode Wolfe was featured on.

He said that the show came on TV once a week, with reruns of the hummus episode, and it has built a great amount clientele for the company.

A whole new marketing strategy was used, along with new packaging. “Jesse, The Head Chickpea,” is still overlooking all operations.

The products are now featured in Whole Foods, select Publix outlets, and Walmart, a dream Jesse Wolfe had almost once given up on. Now, he’s going to have to keep things interesting by offering his clientele new flavors—and who knows what the “Head Chickpea” will come up with next!

O’Dang Hummus Sales Have Grown Over the Year

When it was brought to the Bentonville, Arkansas competition by department store giant Walmart, Wolfe’s brand was one of 41 independent manufacturers in Florida.

But O’Dang Hummus won the 2017 competition, and from it sprouted a great investment deal with venture capital firm, Keen Growth Capital. They mentioned that they worked with Wolfe informally, but didn’t disclose the exact amount of the deal.

Nonetheless, the hummus dressing brand has caught speed now. And with Wolfe experimenting with new flavors and expanding his line through Publix, Whole Foods Markets, and Walmart, we’re sure his dream of becoming the next Ben & Jerry’s of hummus is going to come true! (And probably sooner rather than later!)