After watching “Oathbreaker,”  Game of Thrones season 6 episode 3 last night, everyone must be avidly remembering Jon Snow’s “My watch has ended” moment. That very moment invites us to another GoT question: “Where is Jon Snow going?” There’s no denying the fact that Jon Snow is back, but what’s more important is his purpose with this second chance. That’s why just watching a Game of Thrones won’t help; you also need to decipher the hidden secrets and pay close attention to all the intricate details in every GoT episode.

We hardly doubt that anybody missed Game of Thrones season 6 episode 3, “Oathbreaker,” when it aired on Sunday (May 8) at 8:00 EST on HBO. And, if you haven’t watched it yet, we insist you stream GoT S06E09 live from HBO NOW. As most of us did manage to watch it without fail, but there’s a new query circling our minds. It’s just another “Jon Snow” question, only a bit more tedious to answer. There are so many possibilities to unlock the “Where is Jon Snow going?” question, but the answer must be very certain. Otherwise, it’s just blowing air into the wind. So, let’s breakdown the favorable paths Snow might take after stepping down as Lord Commander.

Jon Snow’s “My watch has ended” statement was the most significant line from the “Oathbreaker” episode.   And, the way Snow (Kit Harrington) said it, we know he meant it. Firstly, we thank Melisandre (Carice van Houton) and Ser Davos (Liam Cunningham) for bringing Snow back. The Red Woman’s dark spells and magic finally brought us something good. Knowing how Jon Snow came back to life isn’t a mystery for us, but finding out why he is back is difficult.

Is it the Iron Throne that interests Jon Snow? Or is King’s Landing a place he desperately wants to be at? Jon Snow’s return has raised several doubts and formed countless fan theories. And, they all multiplied tenfold when Jon Snow cleared out his “future” with the Night’s Watch. In Game of Thrones season 6 episode 3, Jon Snow declared his end as the Lord Commander. He has left the people who murdered him by brutally stabbing them in the back.

Where Is Jon Snow Going?

So, where will Jon Snow go now? There’s a good chance he may stick with Melisandre. She might have his allegiance as the Red Woman’s magic resurrected Snow. If Snow sticks with her for long, he will end up just like her: dark, evil, and cunning.

We also have no answer to the questions, “Who are Jon Snow’s parents?” and, “Will he go looking for them?”All we know is his mother Lyanna died during childbirth, leaving us clueless about Snow’s real father. It could be Eddard Stark or it could also be Rhaegar Targaryen. Snow might go on a path to discover the truth. The rest of the season will decide if Snow is back as himself. He could also have brought some powers from the afterlife! Who knows?

For, now it’s better to keep waiting for the next Game of Thrones episode and see if it reveals the purpose of Jon Snow’s return. 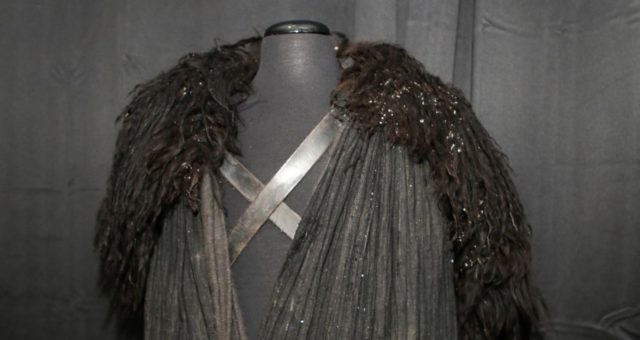