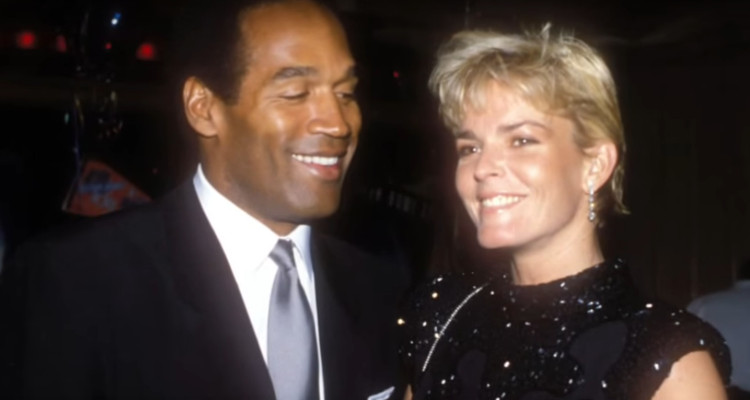 Nicole Brown Simpson, the ex-wife of football star O.J. Simpson, was murdered along with her alleged boyfriend Ron Goldman in 1994. After much speculation, O.J. Simpson was acquitted and declared not guilty after the athlete was accused of the murder. Although everyone is sure he killed his wife, O.J. Simpson walked away with no charges against him.

Later, in a separate incident, he was arrested for armed robbery and kidnapping. He is currently serving time in prison, but will maybe come out on parole. Read on to know all about O.J. Simpson’s wife, Nicole Brown Simpson, as well as the cause of her death.

O.J. Simpson is not an unfamiliar name due to his heavy criminal background. His ex-wife was Nicole Brown Simpson, a waitress at a private club called The Daisy, where she met O.J.

If you have these questions, then we have all the answers for you right here. Read on to know all about the brutal relationship between O.J. Simpson and Nicole Brown Simpson, and how she died.

O.J. and Nicole from the Beginning

O.J. Simpson, met Nicole in 1977 when she was a waitress at a private club in Beverly Hills called The Daisy. He was still married to his wife Marguerite at the time but went on to date Nicole anyway.

O.J. split with his wife in 1979 and then married Nicole in 1985 after five years of retirement from football. O.J. was happy to have married Nicole Brown Simpson, as she had come into his life at a difficult time in any athlete’s life. O.J. Simpson and Nicole Simpson’s marriage lasted for seven years, and they have two children, Sydney and Justin.

In 1989, O.J. pleaded guilty in a trial for spouse abuse, and in 1992, Nicole filed for divorce due to “irreconcilable differences.”

Money and power destroyed both of them #OJSimpson #NicoleBrownSimpson #JUICE

Nicole Brown’s Cause of Death

In a recent shocking revelation in Nicole Brown Simpson’s murder case, photos of her murder and diary entries were published. Nicole’s writings all talk about how O.J. would beat her up, lock her in hotel closets, and throw her on the floor while she crawled towards the door. O.J was obsessed with Nicole and would lose control of his temper when he saw Nicole doing things he did not approve of.

Nicole was found dead at her residence with her neck slit open so badly that her larynx was exposed. She was found in a pool of blood with multiple stab wounds on her head and body, along with defense marks on her hands. Also, her alleged boyfriend, Ron Goldman, was found dead outside Nicole’s home, along with Nicole’s body.

Does this mean it was an act of rage or a premature murder? We don’t know the details, and the secret most likely got buried with Nicole and Ron.

And I have to do an extra post. Today is the anniversary death of Ron and Nicole. Besides the Tate/LaBianca murders, the OJ murder’s is my 2ND obsession. We can’t forget about these two. One of these days the families will get the justice they need. #anniversarydeath #rongoldman #nicolebrownsimpson #innocent #rip #angelday #alwaysremember #revengeisadishbestservedcold #Brentwood #losangeles #murdered #ojdidit #hollywoodandhistory

Nicole and her friend Ron were both found dead at 12:10 a.m. on June 13, 1994, by the police. When the police went to O.J.’s home to inform him of his ex-wife’s death, a white Ford Bronco was seen with blood splatters on the door behind his home.

Although colleagues were against it, a policeman jumped over an external wall and entered the home without a search warrant. Once they investigated further, they found that O.J. Simpson had taken a late flight late the night before to Chicago.

After a long trial full of controversies like the “planted” bloody glove, the bloody car door, and much more, he was declared not guilty of killing his ex-wife and her friend. So, who killed Nicole Brown Simpson is still a mystery, but all evidence reportedly points to O.J. Simpson.

At this time, we can only say that he was physically abusing and torturing her, but nothing can be said about him killing her and her friend. So, for now, the charges for the murder remain dropped until someone can prove that the evidence against him was tampered with.

One place we went on our road trip was the site of the Simpson/Goldman murders. We didn’t post about it at the time. I wasn’t sure that I even would. We are all crime nerds but being on this property left us all silenced #bundydrive #brentwood #nicolebrownsimpson #rongoldman #hedidit #hegotaway #kardashian

Nicole Brown Simpson was a waitress but married to O.J. Simpson, a multimillionaire athlete. People were almost jealous of their flamboyant lifestyle, and she was worth a dire $1.0 million.

When O.J. Simpson split with Nicole, he was worth $10.0 million, which is roughly $18.0 million today. Most of his income was through his endorsements, and he bought the Brentwood estate for around $2.0 million. His monthly income was $55,000 at that time, mostly from his contract with Hertz.

The divorce settlement cost him $10,000 per month to for child support, along with a singular payment of $730,000 to Nicole. She also got a rental apartment in San Francisco as a result of the settlement.