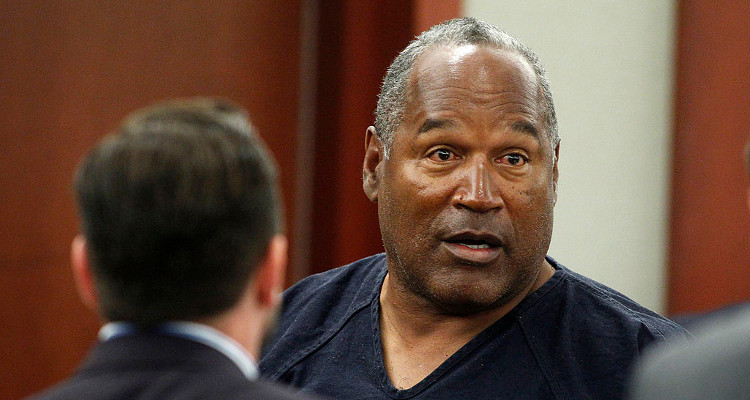 No matter how old the sensational O.J. Simpson trial is, the man at the heart of it finds his way back into the spotlight. This time, he’s back in the media foray for perhaps the biggest reason yet —O.J. Simpson might be a free man soon.

Troubles never cease for O.J. Simpson. Once a glorified celebrity, he became the subject of one of the biggest public trials of the country. And decades later, the sensationalism hasn’t waned. He was acquitted for the double murder of his ex-wife and her friend, but convicted for another crime. And now, O.J. Simpson has a hearing to reduce his sentence. He could potentially be a free man and also a rich man. O.J. Simpson’s net worth is set to increase if he’s out of prison. Find out all about it in O.J. Simpson’s wiki right here.

#1. From Streets to Stardom

O.J. Simpson was your typical rags to riches story. Born Orenthal James Simpson, his parents separated when he was a child. His mother raised him and his siblings in the housing projects of San Francisco. As a teen, he joined a street gang, got into trouble, and was arrested a few times. But he turned over a new leaf after an encounter with baseball star, Willie Mays.

He joined his high school football team and enrolled in USC where he played for the Trojans. He was selected by the Buffalo Bills in the AFL-NFL 1969 Common Draft who gave him $650,000 over five years, the largest contract in sports history at the time. He played for the San Francisco 49ers until he retired.

After the NFL, he pursued an acting career with movies like The Towering Inferno. He even had a few shows which weren’t successful. He however, achieved a status of one of the few black personalities with many endorsement deals. In 1992, his net worth was estimated to be $10.8 million.

#2. Trial of the Century

While still married to his first wife, Marguerite Whitley, Simpson dated a waitress named Nicole Brown. After Simpson and Whitley’s divorce, and his retirement from NFL, he married Brown. Their marriage was marred by accusations of spousal abuse. They eventually divorced after seven years together. The divorce proceedings had drained him financially.

In June 1994, Brown and a man named Ron Goldman were found stabbed to death outside her home. Simpson, being the prime suspect, was chased down by police when he didn’t turn himself in. TV stations interrupted the 1994 NBA Finals to broadcast the pursuit live. Simpson’s pursuit, arrest, and trial became the most sensational media event of the time. Robert Kardashian and Robert Shapiro were among his defense team.

Millions tuned in to watch Simpson’s verdict. When he was acquitted, it set off a racial debate. Goldman’s family filed a wrongful death lawsuit against him and Simpson was ordered to pay more than $33.0 million in compensation. After auctioning off his Heisman Trophy and other valuables, he only managed to pay back $500,000. Though he was acquitted of double-murder, his legal troubles saw no end. And he was ultimately sentenced to 33 years in prison for kidnapping and armed robbery of sports memorabilia.

Simpson spent the last nine years of his 33-year sentence in prison after being convicted of armed robbery and assault. But he’s looking to reduce his sentence. He’s set to face the Nevada Parole Board on Thursday (July 20). Prison authorities say he’s a model prisoner and has served the minimum sentence of nine years, so he’s eligible to apply for parole. In order to be out in October, he needs at least four out of the seven commissioners in the hearing to vote in favor of it.

If he’s released from prison, he will be a rich man. Simpson, who had bled financially, can recover his wealth if he’s out on parole. He will get a monthly payment estimated around $25,000 from his NFL pension worth between $2.0 and $5.0 million. He had no access to the pension during his trial. Simpson also receives a pension from the Screen Actors Guild and a personal pension which he invested in years ago. He currently has a net worth of $3.0 million but it could most likely go into paying the compensation to the Goldman and Brown families.

#4. Where Are His Children Now?

Simpson has three kids with his first wife: Arnelle, Jason, and Aaren. With Brown, he has a daughter, Sydne,y and son, Justin. Aaren died when she was less than two years old. The rest of his children were hounded by the media during their father’s infamous trial. As a result, they now live a reclusive life.

Arnelle and Jason went through financial troubles. It is reported that Arnelle is the beneficiary of O.J. Simpson’s NFL pension while Jason is working in the culinary industry. Justin and Sydney have reportedly settled in Florida and live a quiet life.