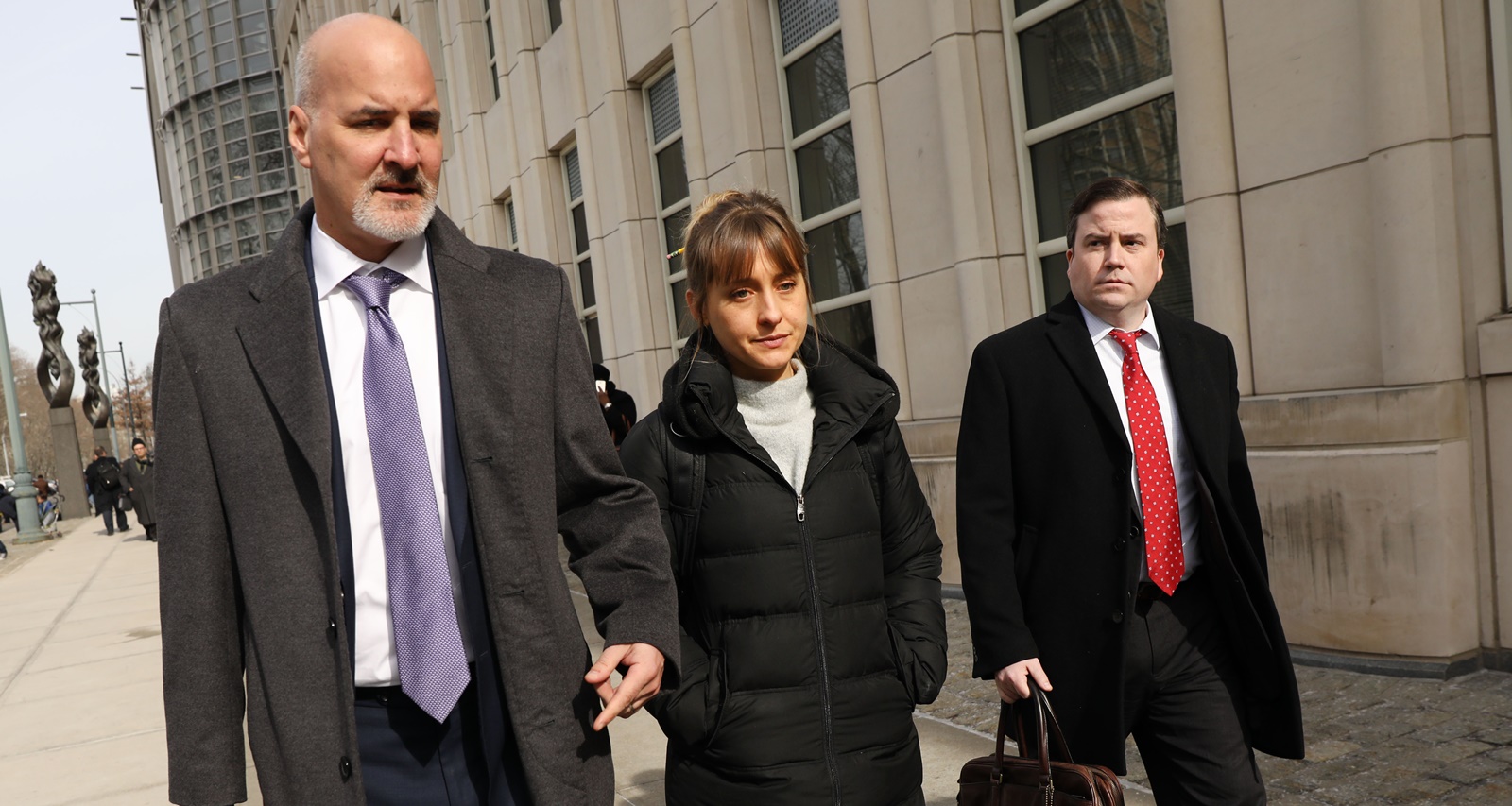 Actress Allison Mack leaves the Brooklyn Federal Courthouse with her lawyers after a court appearance surrounding the alleged sex cult NXIVM on February 06, 2019 in New York City. Along with Clare Bronfman, heiress of the Seagram’s liquor empire, Mack and other defendants were arrested last year and accused of having helped operate a criminal enterprise for self-help guru Keith Raniere, who has been charged with sex trafficking. (Photo by Spencer Platt/Getty Images)

Keith Raniere, the founder of the alleged sex cult NXIVM, was found guilty of sex trafficking and racketeering on June 19, 2019. Prosecutors said Raniere, who preached a philosophy of empowerment, created a secret abusive harem of sex slaves. For that, he built an exclusive inner circle to recruit a bevy of beautiful women that met his standards. While some like Nancy Salzman rose in the ranks to become Raniere’s executor, others like Smallville actress Allison Mack, with her girl-next-door vibe, became a top scout for the group. The following list illustrates a more comprehensive list of NXIVM’s most famous members.

The New York native was born to a New York City advertiser and a ballroom dance instructor. Together with Nancy Salzman, he founded NXIVM (pronounced “Nexium”), a multi-level marketing organization on the outside and alleged abusive sex cult on the inside. On the premise of offering self-improvement courses, federal officials say Raniere recruited several influential and wealthy personalities into NXIVM.

A trained practitioner of hypnotism and neuro-linguistic programming, she co-founded NXIVM with Raniere. She was dubbed “Prefect” and reportedly was his second-in-command. Salzman admitted to editing videos of Raniere’s classes, which she turned in as evidence. Salzman and her daughter, Lauren, reportedly recruited Allison Mack into the group.

The Smallville actress-turned-unassuming top recruiter for Raniere joined NXIVM in 2006. She’s accused of pressuring several of Raniere’s “slaves” to have sexual relationships with him, branding them with his initials, and looking for celebrity members. Mack has tweeted female celebrities like Emma Watson and Kelly Clarkson, and reportedly even tried to recruit Samia Shoaib, Beverly Mitchell, Amanda Hess, Jill Filipovic, Jennifer Pastiloff, and more.

Also Read: What Happened to Sarah Sanders? Why Is She Leaving the White House?

Seagram heiress Clare Bronfman; her sister, Sara; and their father, the late Edgar Bronfman Sr. joined the group in the early ‘00s. Edgar later distanced himself from NXIVM and reportedly called it a cult. He also expressed concern about the vast amounts of money his daughters were investing in Raniere’s group. Clare and Sara allegedly also used Raniere’s influence to make multiple lucrative real estate deals, and have been accused of using their influence to silence NXIVM critics.

The bookkeeper of NXIVM had initially displayed extreme loyalty to Raniere and NXIVM during a preliminary trial. She invoked her Fifth Amendment privilege over 80 times before a grand jury and refused to answer questions concerning Raniere’s treatment of female members and underaged girls. She reportedly has plans to move from New York to Georgia in search of work.

Together with her mother, prosecutors say Lauren recruited women into the group under the guise of providing effective women empowerment classes. According to reports, Lauren had even recruited the Canadian actress Sarah Edmondson, Lauren’s ex-best friend who later escaped the cult.

Sara was the first of the Bronfmans to join NXIVM when she was introduced to it by her family friend. She later got Clare into the organization. Together with Raniere and Nancy Salzman, she launched the group’s Executive Success Programs. She also allegedly lured many victims to the group.

Kreuk starred in Smallville and it allegedly was through her that the Salzman mother and daughter had recruited Mack. After the NXIVM secrets were unraveled, Kreuk took to Twitter to reveal that she had only taken self-improvement classes at the group before leaving in 2013, and hadn’t witnessed any dubious activities during her time there.

Edmondson was the key whistleblower in The New York Times‘ NXIVM expose, after she claimed she was lured into it by her former best friend and once maid of honor, Lauren Salzman. The Canadian actress denounced the group in 2017, alleging that Raniere built a secret inner circle called DOS where women were treated as his sex slaves and branded with his and Mack’s initials. Though hailed for coming forward with the NXIVM secrets, a few have accused Edmondson of bullying while she was a member of the NXIVM.

Hollywood cinematographer Mark Vicente was a loyal follower of Raniere who rose through the ranks of NXIVM over a span of 10 years. When he learned of the secret group, DOS, that allegedly abused and branded women, he left the group and went to the FBI. He would go on to testify against Raniere in court. He even contacted other women who had escaped the group, including an unnamed actress.

Bouchey dated Raniere for nearly nine years before leaving the group in 2009. She claims that when she first joined NXIVM, she was taken in by Raniere’s charisma and the self-help classes. She has said she was unaware that it was a sex slave cult until the recent revelations.

Shortly after Rochester native Natalie and her then-husband joined the group, she had grown closer to Raniere. She moved to a place near him with her son and had separated from her husband before dating Raniere for eight years. After their personal and professional relationship ended, Natalie accused Raniere of harassing her with civil lawsuits.

Dynasty actress Catherine Oxenberg introduced her daughter, India, to NXIVM’s self-improvement courses not knowing that India would get dragged into a so-called sex slave cult. India was allegedly starved and subjected to abuse by Mack and Raniere when she got heavily involved in NXIVM. After Catherine’s attempts to get India out of the cult, Catherine revealed that India finally left the group in 2018. Moments after Raniere was convicted on all charges, Catherine was seen calling her daughter outside the courtroom, telling India about the verdict. According to Catherine, India is doing well post-NXIVM and is dating someone.