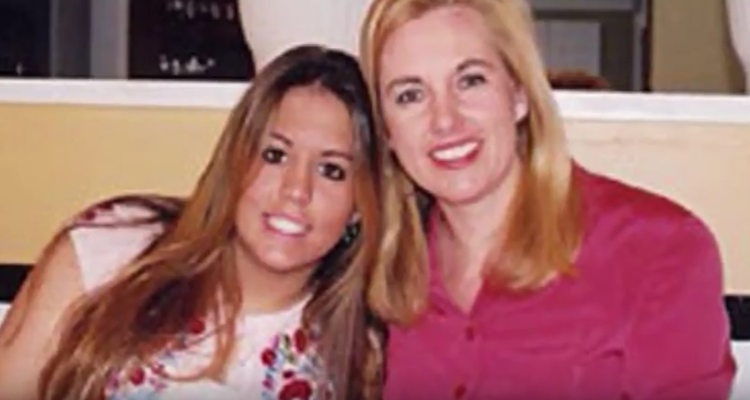 Noura Jackson’s mother was murdered in June 2005 and Noura serve time in prison for allegedly committing the crime. The story has been trending again lately, as Noura was released last year after spending nine years behind bars because of her prosecutor’s mistakes. For more details, here’s our Noura Jackson wiki.

For those who need a brief recap of the case, Noura Jackson’s age was 18 when she was charged and convicted for her mother, Jennifer Jackson’s murder. Noura’s father, Nazmi Hassanieh, was a former Lebanese Army captain, who was fatally shot in Memphis, Tennessee at the convenience store he owned. Noura and her father were separated after her parents split, but she eventually reconnected with him when she was 16. He died six months before Jennifer was killed.

On Sunday June 5, 2005, Noura called 911 saying, ‘‘Please, I need, I need an ambulance, I need an ambulance right now! Someone broke into my house. My mom — my mom is bleeding.’’ Noura told the dispatcher that her mother wasn’t breathing and that there was blood everywhere. Jennifer had been fatally stabbed 50 times and was dead on her bedroom floor when the police arrived. At the time, Noura’s late mother was a 39-year-old investment banker in a nice Memphis neighborhood. The brutal nature of the crime was more than enough to make headlines on the once quiet street, full of middle-class residents.

The police conducted their investigation and also interviewed Noura’s on-again-off-again boyfriend. But the nail in the coffin started Amy Weirich (a rising lawyer who was 40 at the time) was given the case to prosecute Noura. Weirich was a mother of four children and was the former chief of narcotics and gangs unit, and was believed to be a skilled attorney. She believed that Noura murdered her mother to gain access to her estate of $1.5 million, including the life insurance policy. Weirich also pointed out that Noura and her mother were fighting over selling a few cars inherited by her father, and Weirich alleged that she killed her mother so she could continue partying. Weirich sought a maximum life sentence and the judge, Chris Craft, set her bail at $500,000. Since Noura couldn’t pay it, she spent three and a half years in prison until her trial, while on antidepressants and anxiety medication.

By 2016, Noura was 30 and had already spent nine years in jail for a crime that didn’t directly link to her. She was robbed of almost a decade of her life, while Weirich was promoted to district attorney of Shelby County, after her victory in the trial. It has now come to the public’s attention that Weirich withheld a note from Andrew Hammack, Noura’s friend, which would have been a great help in her appeal. The note brought up questions about his credibility, but it never made it to Noura’s defense team, meaning Weirich violated Noura’s constitutional rights. It has also been noted that prosecutorial misconduct is rarely punished. Weirich now tops the list for prosecutorial misconduct, according to the Fair Punishment Project. Noura’s conviction was overturned and since her release from prison last year, it’s likely this closure comes with great grief. Weirich denied any guilt or misconduct and in a statement said, “I will never apologize for trying to seek justice for victims of a crime.”