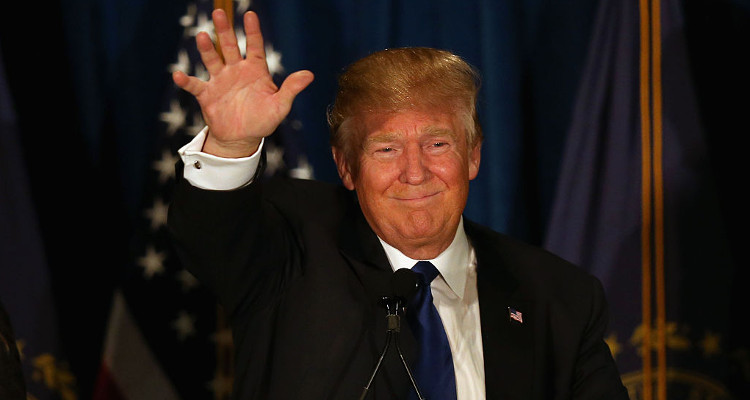 Now that there is only one day left until the outcome of the 2016 U.S. presidential election, people are more eager than ever to find out who will win. With various polls giving conflicting data, it is difficult to predict the outcome. However, it might be the case that French seer, Nostradamus had foretold the 2016 presidential election. Here is Nostradamus’ election prediction.

Just one more day to go and the world will know whether Hillary Clinton or Donald Trump will be the next president of the United States. However, certain predictions about the 2016 elections actually might have been made centuries ago by French physician, astrologer, and prophet, Nostradamus. Before we get into the details about Nostradamus’ Trump predictions for 2016, let us get to know who Nostradamus was.

Michel de Nostredame was born on December 14, 1503 and died on July 2, 1566 at the age of 62. He had published a collection of famous prophecies titled Les Propheties, which were published in the year 1555. Nostradamus has made predictions about many major world events and those prophecies have been cited in events including the world’s end in 2012, and now the 2016 presidential election.

This prophecy came to light in a History Channel documentary titled Nostradamus: Election 2016, which premiered on Sunday, November 6 at 10:00 p.m. EST. Nostradamus’ book, The Prophecies reportedly states the outcome of the 2016 U.S. election. Some of the book’s prophecies, which researchers say speak about Donald Trump and Hillary Clinton, are as follows.

He will be elected governor of the army:

The boldness of his contention,

The bridge broken, the city faint from fear.

The masculine woman will exert herself to the north

She will annoy nearly all of Europe and the rest of the world.

Two failures will put her in such an imbalance

That both life and death will strengthen Eastern Europe

Great exertions towards the North by a man-woman

to vex Europe and almost all the Universe.

The two eclipses will be put into such a rout

that they will reinforce life or death for the Eastern Europeans.

It is not just Nostradamus who has predicted the future of this election, another famous psychic named Master Feng announced that he foresaw Donald Trump as the next president. He claims to be able to see the color of a person’s aura, and that the next president of the U.S. will have a purple aura. According to Feng, Clinton’s aura is black, while Trump’s is purple.

According to Master Feng, a black aura represents business failure, illness, divorce, and in some cases it can also mean death. While psychics may have the ability to predict the president of the United States, WikiLeaks founder, Julian Assange has a different view about the election.

During their interview, Assange spoke about many issues surrounding the election. He started with Hillary Clinton’s emails and how ISIS was created by exchanging money and arms. He further spoke in great detail about both Clinton and Trump.

He claimed that he feels sorry for Clinton because she is ambitious and focused. He further stated that Trump has fewer chances of winning because he is not backed by big banks and Wall Street, and that he “represents American white trash.”

Well, the president of the United States will be announced on November 8. We just have to wait and see if any of Nostradamus’ predictions will come true or not. Who do you think will win the election? Will it be Donald Trump or Hillary Clinton? Do you believe in Nostradamus’ prophecy? Let us know your opinion in the comments section below!