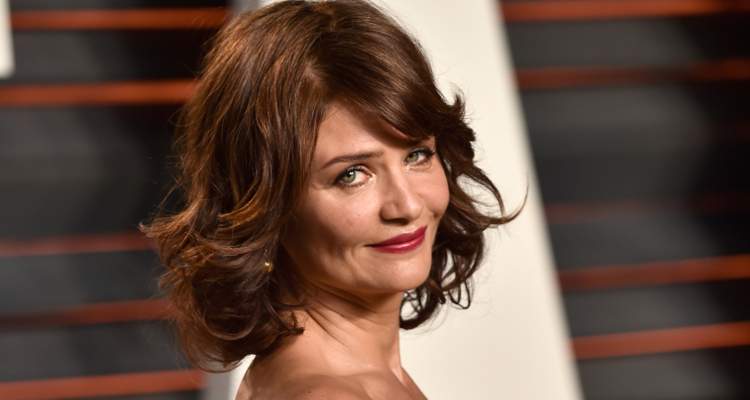 Norman Reedus’ season 8 of The Walking Dead has just given fans something more to love about the show! Last night’s episode took the story to level next, but the actor couldn’t do the same with his relationship with Danish model Helena Christensen! Keep reading to know about her in Helena Christensen’s wiki.

Helena Christensen was in a pretty solid relationship with Norman Reedus back in the ‘90s. They even welcomed their son Mingus Reedus in 1999, but after five years of togetherness, the couple broke apart. The duo has since moved on, and now, Christensen is seeing Paul Banks.

From Denmark to Paris

Born on December 25, 1968, Helena Christensen’s age is 48. The Danish lady calls Copenhagen her hometown, as she was born and raised there. The beautiful country even saw her as the Miss Universe Denmark in 1986. Although she didn’t win the coveted crown that year, Christensen became a pretty successful model after that.

Christensen comes from Danish and Peruvian backgrounds, as her mother hails from Peru. It wasn’t long after she took part in the Miss Universe contest that she left home to go to the fashion capital of the world—Paris. The five-foot-10 leggy lass was an instant hit in the modeling world, and contracts flooded her life.

An Icon in the Fashion World

Christensen was a regular on the covers of some of the most celebrated magazines in the world like Vogue, W, Harper’s Bazaar, and more. She has walked and been in ad campaigns for the best luxury brands including Chanel, Valentino, Karl Lagerfeld, Lanvin, and Prada. She knew everything there was to know about giving the perfect shot, and designers were all over the charm she spilled.

Throughout the 1990s, Helena Christensen made a huge name for herself. And, to top it all off, one of her ad campaigns was plastered at Times Square in a 20’ x 40’ billboard—in the nude. She was a print media favorite, and to this day, Christensen is loved for her powerful aura.

In more recent times, when Versace celebrated some of the biggest names in modeling, like Naomi Campbell and Cindy Crawford, Helena Christensen was also one among the five iconic models in the world. She was accompanied by Donatella Versace herself on the ramp, as a thank you to the supermodels for their contribution in a homage to Gianni Versace.

The reveal was a spectacle. And if you missed it, here’s a preview of the show.

If that was not enough for Helena Christensen to go in the history books of fashion, we don’t know what is!

Helena Christensen began dating actor Norman Reedus back in the 1990s. She was by his side for five years and they supported each other.

The couple even welcomed their son, Mingus Lucien Reedus, on October 13, 1999. But things came crumbling down in their relationship, and by 2003, Christensen and Reedus were separated.

Mingus Reedus is 18 years old now, and he is a carbon copy of his father. It’s like we have a young Norman Reedus all over again, and Reedus junior is a chess champ!

We don’t know if he’s going to take up work in the entertainment or fashion industries like his parents, but if he does, he should be well-received.

A New Love, A New Life

After the breakup, Helena Christensen took time for herself and began working on some new projects in her life. Christensen was in the fashion world long enough for her to head a magazine. She was the creative director for Nylon magazine in the late 1990s and early 2000s, and from there, she went on to launch a clothing line of her own.

Christensen even collaborated with well-known lingerie brand Triumph in 2008, and their association continued for many years.

Photography was next on Christensen’s agenda. And in a smooth transition from in front of the camera to behind it, she became a photographer herself.

From 2008 to 2009, Christensen put up exhibitions displaying her art to raise funds for the Chernobyl Children’s Project International.

Christensen is a determined woman, a well-known model, and an icon to many young women, which is why she was perfect for all the humanitarian work she began doing.

In 2009, she joined hands with Oxfam, which raises awareness and works tirelessly to alleviate global poverty. She also worked in Peru to raise awareness of the climate there.

Helena Christensen began dating Paul Banks, who sang in the band Interpol in 2008. The couple has been in a relationship ever since.

Today, Helena Christensen’s net worth is estimated at $8.0 million, and she is more than happy with her beau of almost 10 years.

There are no signs of a wedding, but we can always be hopeful. Head over to Helena Christensen’s Instagram account to check out her inspiring life.