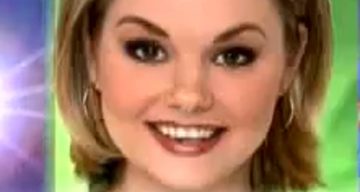 It seems like justice is long pending for Nona Dirksmeyer, who was stabbed and bludgeoned to death in her apartment in 2005. It has been almost 12 years and there has been no progress in her murder case. Who killed Nona Dirksmeyer? The mystery of the 19 year old’s murder was covered several times, the latest being in 2013 when Investigation Discovery featured Dirksmeyer’s story on its show, Beauty Queen Murders. The synopsis of the episode reads, “In this episode, rising star Nona has her sights set on the Miss. Arkansas title. But after being brutally murdered, her dreams are cut tragically short. When investigators find someone with blood on his hands at the scene of the crime, everyone in town is shocked. Will justice be served for this beauty queen? ”

The show featured interviews with journalists Janie Jones and Sean Ingram, the Dirksmeyer’s family friend Janice Jones, and investigator Todd Steffy. If you are wondering who Nona Dirksmeyer is and want to know more about her suspected killers, then keep reading.

At the time of her death, Dirksmeyer was only 19 years old and lived in Russellville, Arkansas. She was a one-time contestant at the Miss Arkansas Pageant and was majoring in music education at Arkansas Tech, while also a part of the church choir.

Nona Dirksmeyer was the daughter of Paul and Carol Yvette Larpenter Dirksmeyer. She was born on December 26, 1985 in L.A., and graduated from Dover High School in 2004.

This question has been on people’s minds ever since Dirksmeyer was found murdered in her apartment. The two prime suspects in her case were Kevin Jones and Gary Dunn. However, neither of them have been charged with murder. Dirksmeyer was found bludgeoned and stabbed to death in December 2015 and her boyfriend, Kevin Jones, was arrested. Jones was acquitted in 2007 and sued the former police chief for ignoring evidence that proved his innocence.

Investigators also suspected Gary Dunn, Dirksmeyer’s neighbor, for the murder. He was arrested based on DNA evidence that authorities found. Both his first trial in 2010 and second one in 2011 ended with a hung jury. The charges against Dunn were dismissed, and prosecutors did not plan a third trial.

Although the charges against Dunn were dropped, people questioned his innocence after discovering his previous offenses. Before Dirksmeyer’s murder, Dunn was previously convicted after attacking a jogger. The incident occurred on Bona Dea Trails, and the jogger, Kelly Jo Harris, recounted during Nona Dirksmeyer’s trial that Gary Dunn had repeatedly threatened to kill her while he had her pinned to the ground.

Dunn was sentenced to six years in prison for second-degree battery, but did not serve his full sentence.

While searching Dirksmeyer’s apartment after her death, a condom with Dunn’s DNA was found. However, the jury could not find enough evidence against Dunn as his mother claimed that she was with her son at the time of Dirksmeyer’s murder. Until evidence against Garry Dunn was found, Kevin Jones, Nona Dirksmeyer’s boyfriend, was considered to be the prime suspect. Badgered by lawyers and the media for continually stating that he watches CSI, and therefore knows the proper procedures, Jones was eventually acquitted after the condom with Dunn’s DNA was tested.

There has been no closure to Nona Dirksmeyer’s murder case. Whether the case will be reopened and retried is yet to be determined.