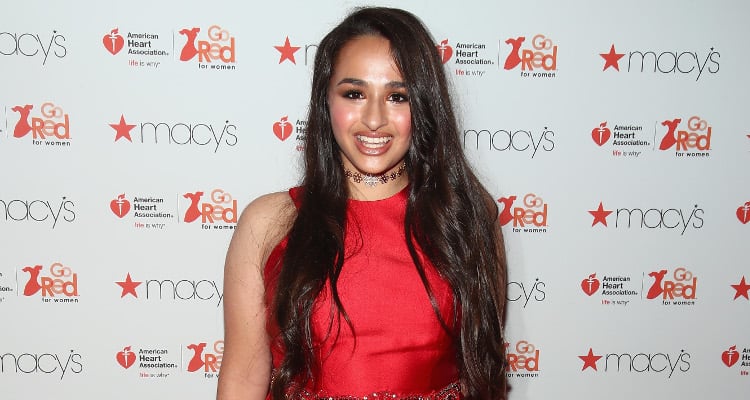 Jazz Jennings returned with season 5 of I Am Jazz on TLC on New Year’s Day, and she was joined by her transgender BFFs. Noelle Jaclyn in particular has appeared on I Am Jazz often, and she’s always struck a chord with viewers. In the premiere episode, Jazz and Noelle experience prom for the first time. But Noelle, a survivor of the Parkland shooting, is haunted by the trauma of the tragedy.

She Transitioned When She Was 14

Noelle Jaclyn, who celebrates her birthday on December 24, was assigned male at birth. Sometime in 2015, when she was 14, she began her transition to female and started hormone therapy. Her mother, Cheryl, and father are her biggest supporters during her transition.

So the game sucked but the company was good.

Since they became friends, Noelle has made frequent appearances on I Am Jazz. Jazz comforted Noelle when she was going through male puberty during her transition. Jazz was also there when Noelle burnt her clothes from when she presented as male.

Information on Noelle and her family is scarce. Like Jazz and her family, a lot of details about their real names and where they live is kept under wraps.

She Is a Parkland Shooting Survivor

In the season premiere of I Am Jazz season 5, we learn that Noelle attends Marjory Stoneman Douglas High School in Parkland, Florida. The high school was the scene of a deadly mass shooting on February 14, 2018, when Broward County police say Nikolas Cruz opened fire on thousands of unsuspecting students and staff.

Noelle was not physically harmed in the shooting, but suffers from brutal psychological scars. A week after the shooting, she posted a video on her YouTube channel making an emotional appeal to the American public to prevent more such shootings.

In the video, Noelle said she had been attending therapy. On I Am Jazz, she confessed she suffered from PTSD and is still reeling from losing her friends to the massacre. Though she said she’s getting better as time passes, loud noises continue to terrify her.

Noelle is still embracing her body and it took her some effort to enjoy getting glammed up. (FYI, she was rocking the classic red carpet glam look!) But the real test was at the prom itself.

The loud noises and teens screaming triggered Noelle’s trauma and she had to get out of the ballroom where the prom was being held. Fortunately, Jazz, her brother, and their friends were there for her with encouraging words and cheesecake.

Since bravely sharing the aftereffects of the shooting on the show, Noelle and Parkland victims have received an outpouring of heartwarming support on social media.

She Is Attracted to Girls

While getting dressed for prom, the topic of getting a date to the soirée came up. Jazz expressed one of the common frustrations about dating many transgender people have to endure.

Jazz had a brief relationship with a girl named Victoria in the previous season and she was considering asking her out to prom. Jazz says she is pansexual and looks at a person’s personality rather than their gender or sexuality.

In the season premiere, she said she’d be more inclined to date a man. However, she was candid when she said people would say she’s a male because she’s also attracted to a female.

Noelle is pretty clear that she likes girls over guys. She said that if she likes a girl and is acknowledged as a girl, “then by definition, I am a lesbian.”

She Converted to Islam

Noelle Jaclyn’s parents are Jewish. However, she converted to Islam sometime when she began her transition.

Her parents still identify as Jewish, while Noelle is a practicing Muslim. Since converting to Islam, she has become a role model among transgender Muslims.

Also Read: Some of the Most Interesting Facts about Laverne Cox

She Is on the Debate Team

Before her transition, Noelle played football. She recalled on I Am Jazz that she often played with her dad as a child.

Noelle doesn’t overshare on social media, but has an Instagram page like any other teen. She’s more active on Tumblr, so that’s where you should be heading for more on this amazing teen.

From her Instagram posts, it appears that Noelle is on the debate team. She also dabbles in poetry and has shared some of her beautiful work online.

She Is a Vocal about LGBTQ Issues

Transitioning from male to female hasn’t been easy for Noelle. However, it doesn’t deter her from speaking up about issues related to LGBTQ+.

She attends Pride parades and often posts about LGBTQ+ issues on Tumblr. Sometimes, she shares her own experiences in her posts.

On I Am Jazz, she recalled the initial phase of her transition and how she felt she had been treated differently since becoming a female. One of the hardest things she had to endure was when people would take pictures of her during lunch.

Noelle and her friends support LGBTQ-friendly businesses. She took Jazz to one of her favorite donut shops that has transgender bathrooms. They shared their own experiences about using school bathrooms.

While Jazz wasn’t allowed to go to the girls’ bathroom and had to use the nurse’s bathroom, Noelle wasn’t restricted by her school. However, when she did start going to the girls’ room, Noelle became the subject of negative attention.

You can see more of Noelle and Jazz’s inspiring journeys on TLC’s I Am Jazz, on Tuesdays at 9:00 p.m. EST.

Also Read: Everything You Need to Know about Lynette Nusbacher