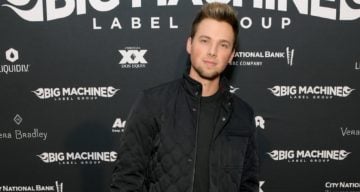 Noah Schnacky is a singer-songwriter and YouTuber. But it’s his pranks that tend to take center stage. His latest one, though, has caused a frenzy. The influencer, who is pretty much an open book to his subscribers, made his relationship with TikTok star Kristin Marino public through his channel earlier this year. Only a few months later, Schnacky has caused engagement rumors to swirl. Are Noah Schnacky and Kristin Marino engaged? Here’s what the YouTube star had to say.

If you follow Noah Schnacky’s YouTube channel, you’ve probably seen the video where the YouTuber makes it official with Kristin Marino. They have been together at least since June 2021.

Now engagement rumors are abound less than five months into their relationship. The origin of the rumors is none other than Schnacky himself.

KCup has featured in her musician beau’s videos several times. The latest one, though, appears to be about a proposal.

Schnacky seems to announce their engagement through the video titled “We’re Engaged?!,” posted on October 11, and is a step away from showing the actual proposal.

Media outlets and the couple’s followers also thought it was real. Some, however, are skeptical that it’s fake.

The engagement rumors seem to have gotten out of hand. Because Schnacky took to his Instagram stories right away to refute them before he could post part two of the proposal prank. He stated that the engagement video was a “harmless prank” on Marino and they are not really engaged.

The prank has earned mixed reactions from YouTube viewers. But even a fake proposal hasn’t hindered Marino and Schnacky’s relationship.

Who Is Kristin Marino?

Kristin Marino was born on November 5, 1997, and was based in Haverhill, Massachusetts. She is the older of two children born to Kenneth and Katrina Marino.

Kristin is a social media influencer herself. She’s popular on TikTok, but has earned more than a few YouTube followers since her appearances on Schnacky’s channel.

KCup’s followers are aware that her father Kenneth passed away in 9/11. He was a member of the FDNY Rescue 1 company.

Kristin was three and her brother, Tyler Marino, was one when the attacks happened. Her father had entered the North Tower of the World Trade Center. His remains were never found, but he is memorialized with a 9/11 memorial fountain outside Haverhill High School, Kristin and Tyler’s alma mater.