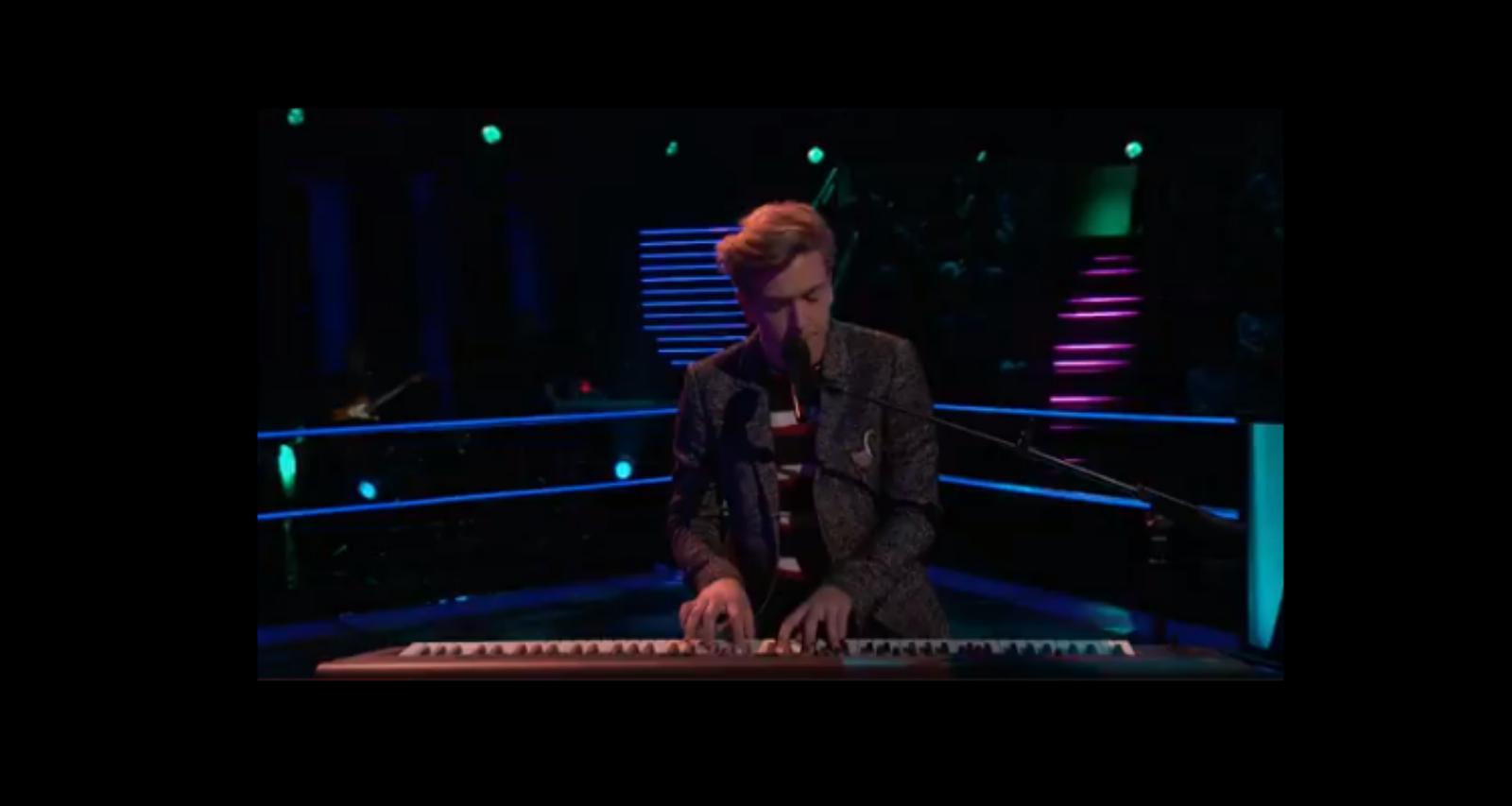 You know you’re a knockout when you make Kelly Clarkson cry! For Noah Mac, The Voice is a dream come true and he’s looking to be the last one standing. If you want to learn more about Noah Mac on The Voice 2017, then you need our Noah Mac wiki.

Who is Noah Mac?

Noah Mac’s age is 17 and he’s from Dublin, California. Not much is known about Noah Mac’s family except that his 19-yer-old sister, Stevie, lost her battle with brain cancer. According to his Voice profile, Stevie was his biggest fan and he even sang at her funeral, despite how difficult that was to do. His performance amazed his parents, who didn’t know he could sing the way he did.

Noah also released an EP called Light, which is available online. He began singing as early as the age of seven (at Stevie’s funeral), when he sang “Judy and the Dream of Horses,” one of Stevie’s favorite songs. By 15, he was singing in coffee shops. He was mainly inspired by old school R& B and lives and breathes music.

If you’re looking for Noah Mac’s pics, then head over to his Instagram account. He has 22.4k followers and his posts are mostly about his music, of course. He has 68 posts so far but that will most likely change, the more he moves up on The Voice, with each performance.

No, he’s not married just yet but he does seem to be in a relationship with a girl named Christine Haggin. She’s not famous but she’s dating a potential celebrity and some people are beginning to catch on. It’s not a secret, since there are pictures of her on his Instagram, including their prom. There are even more photos of them together on her Instagram account. Could we expect to see more of her as the competition moves forward?

A year and a half with my boy. I miss you like crazy.

Noah Mac on The Voice

Noah made his debut on The Voice during his Blind Audition of “Way Down We Go,” which earned him a spot on Team Blake. But with a surprise twist, Noah was recently stolen by Team Jennifer! During the Knockouts, Noah sang a cover of James Bay’s “Hold Back the River” but it was Clarkson who couldn’t hold back her tears. Her hazel eyes were suddenly blue during the 17-year-old’s performance, telling Noah that she thought Blake was an idiot for letting him go!

On Monday, it was Jeremiah Miller vs. Noah Mac and let’s just say people are tired of hearing how Jeremiah had to miss out on his high school wrestling tournament to be on the show. It sounds like he doesn’t want to be there and since Janice Freeman is a single mother and cancer survivor, we’re going to have to ask Jeremiah to have several seats. Jeremiah’s cover of Justin Bieber’s “Sorry” wasn’t good enough compared to Noah’s cover, and audiences agreed. While some didn’t think it was enough to make Clarkson cry during rehearsals, they believed he was passionate while singing it. Noah was the clear winner and as a result, gets to sing another day.

New episodes of The Voice air Mondays and Tuesdays at 8:00 p.m. EST on NBC.

Had so much fun recording over at Tiny Telephone studios! Music coming soon…