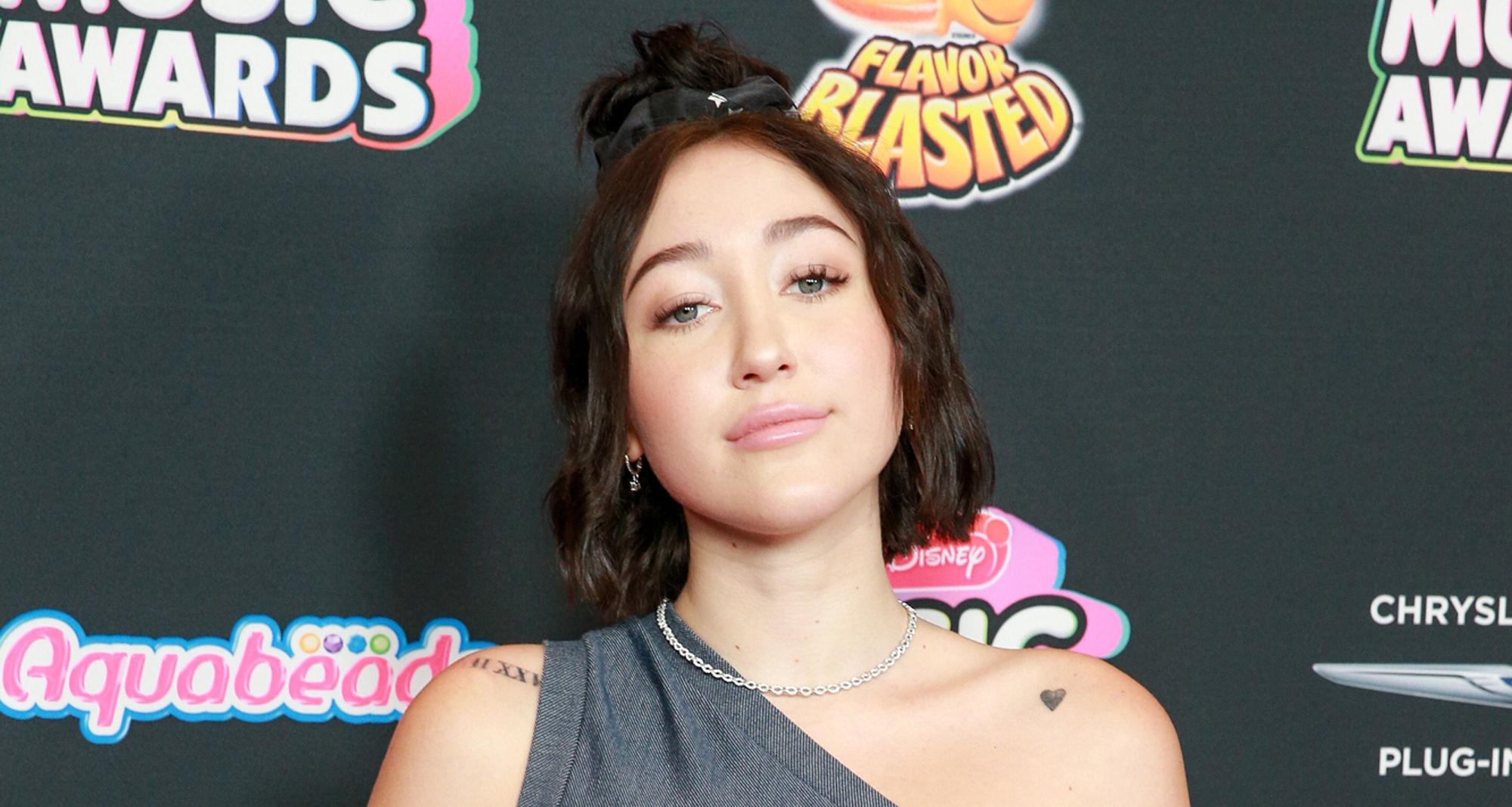 Singer Noah Cyrus is in the limelight right now because she apparently has a new man in her life. So, who is Noah Cyrus dating? We have all the details about Noah Cyrus’ boyfriend, right here!

Unless you live under a rock, you should be aware of the budding artists in the music industry. Nowadays, many celebrities take to Instagram to inform their fans about their personal and professional lives.

Singer Miley Cyrus’ sister, Noah Cyrus, 18, is slowly becoming a known name in the music industry. She already has a lot of fans and they are always curious to know about her relationship status. Especially now that rumors are circulating that Cyrus in a relationship with Lilt Xan.

Most recently, Cyrus is under the radar because rapper Lil Xan posted a photo with her on his Instagram account.

In one of the posts, Lil Xan is wearing a red toque and Cyrus is leaning on his shoulder covering her mouth and exposing only her eyes. 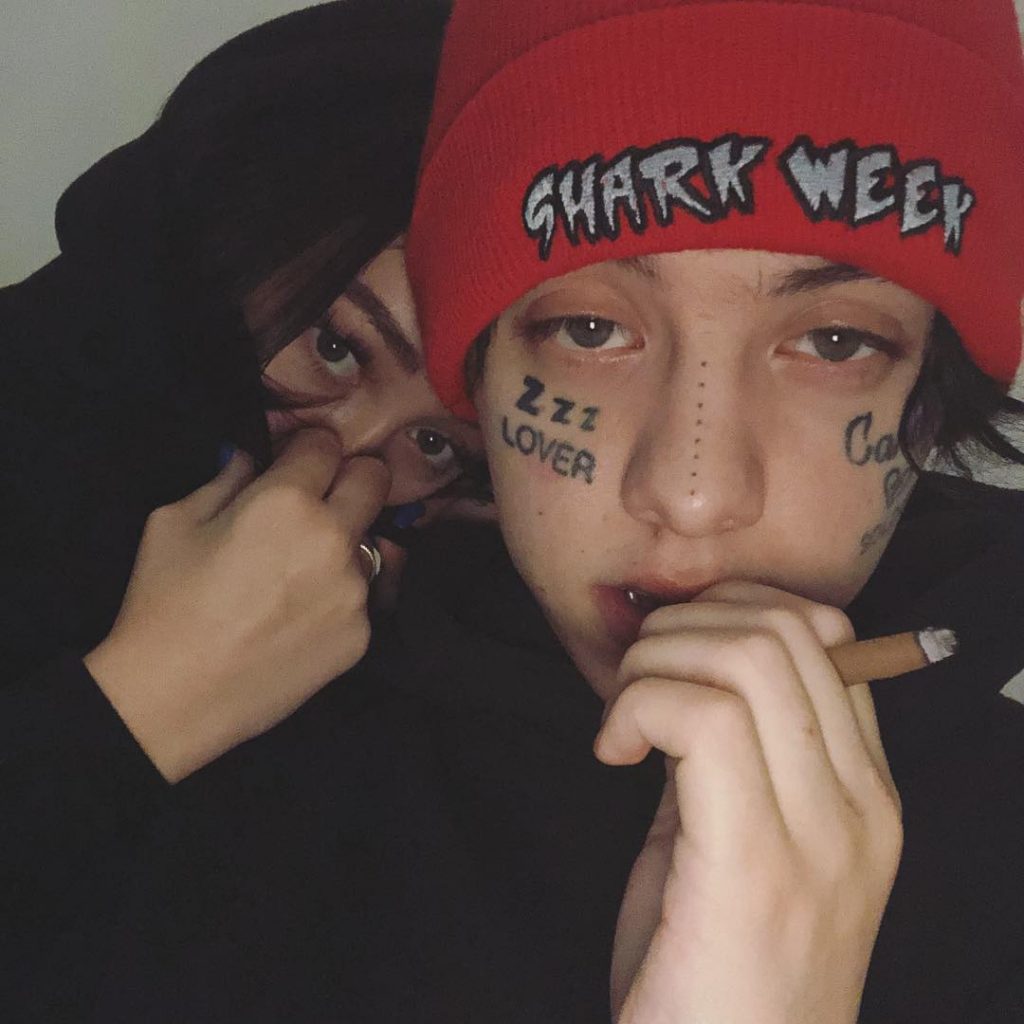 Lil Xan posted another photo in which he and Cyrus are standing together. Cyrus is wearing Lil Xan’s jersey and, in the caption, he wrote, “My baby girl.” 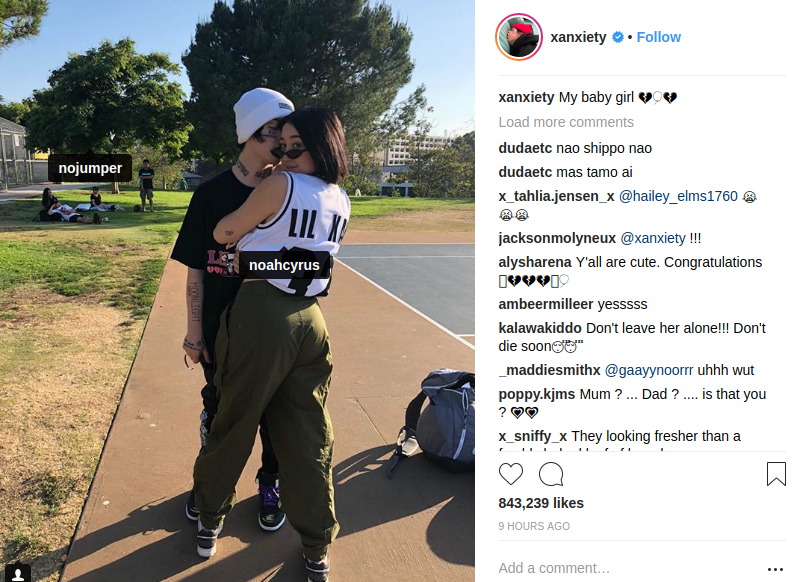 Lil Xan seems to be obsessed with his new girl. He showed Cyrus sleeping on the couch on his Instagram Live.

Cyrus also showed off hand jewelry in the video, and Lil Xan wrote that it looks better on her.

In fact, Cyrus also posted many clips with Lil Xan on her Instagram Stories. They are seen cuddling each other in most of them.

Lil Xan also gave a sneak peek of his upcoming song, “Go Away,” which is produced by Diablo and co-written by Noah Cyrus.

No Jumper, who goes by Adam22 on Twitter and Instagram, posted a video of Lil Xan and Cyrus. The video looks as though a photoshoot is going on as they both are posing together.

Until now, nothing has been made official about their relationship. However, people are surprised that Lil Xan and Noah Cyrus are dating each other.

Rapper Lil Xan, who is famous for his platinum certified song, “Betrayed,” also took to Instagram and announced to the world about his relationship.

In the past, Cyrus was dating singer Tanner Drayton. In fact, Cyrus and Drayton even got matching tattoos together! So, when Lil Xan posted a photo, fans are shocked to learn that she had moved on from her past relationship so fast.

In fact, fans weren’t even aware that Cyrus and Drayton are no longer together. There’s also a possibility that Lil Xan and Cyrus are coming up with a new song and are trying to gain attention.

Well, only time will tell if Noah Cyrus and Lil Xan are dating each other for real or not, but right now, it looks pretty legit!

Also Read: Are Tekashi69 and Nicki Minaj Dating Each Other?