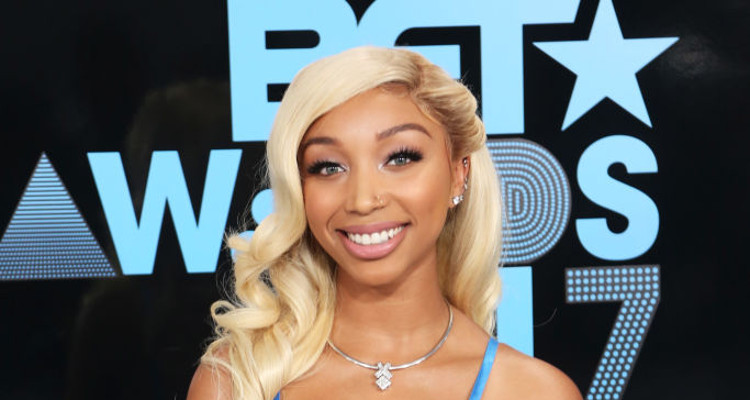 Singer and songwriter Zonnique Pullins, a.k.a. Niq Niq, is garnering a lot of attention because of her dating life. Find out who Niq Niq is dating in 2017 right here!

VH1’s reality show, T.I. & Tiny: The Family Hustle followed the life of hip-hop artist T.I., his wife Tiny Harris, and their children. In December 2016, it was reported that Tameka Cottle filed for divorce after six years of being married to T.I. Singer Zonnique “Niq Niq” Pullins is Cottle’s daughter from her previous relationship with Zonnie “Zeboe”  Pullins. The sixth season of the show premiered in May 2017.

Just like her mother, Niq Niq is also an aspiring singer. She achieved success after being a part of the girl group, OMG Girlz. With two chart topping singles, they went on tour and even appeared on television. Although they parted ways, Niq Niq ventured out to start a solo career. Since then, she has released a couple of songs and is working to make her mark on the music industry.

Also Read: Dak Prescott’s Girlfriend in 2017: Who Is He Currently Dating?

A lot is known about Niq Niq’s professional life, but what about her personal life? As she gain popularity, many are wondering who she is dating now. If you want to know more about Niq Niq’s boyfriend in 2017, then you came to the right place. Keep reading to take a look at Niq Niq’s dating timeline.

Niq Niq is currently dating NFL player, Damian Swann. They have known each other since high school, but do not think of themselves as high school sweethearts, because back then they were just friends.

The best part is that Niq Niq’s mother is very supportive of her daughter’s relationship and she simply adores Swann, admitting in an interview during an Essence podcast that she really likes him. Her mother also gave a little insight about the newest addition to Niq Niq’s boyfriends list saying, “You dated him in the beginning and then she was a little young and he liked you!” She added, “You was in the 9th grade, but he was like the big football star in the school. You know he’s got all these girls trying to throw it at him and she wasn’t on that. She wasn’t doing that. So she was just a little too slow for his speed so she had to let him…I’m sorry. But she had to let him go because you weren’t moving that fast.” Niq Niq also revealed that she goes to her mother for dating advice, as well as her relationship problems.

Swann has been a cornerback for the NFL’s New Orleans Saints since signing a four-year contract with the team on May 11, 2015. Though we do not know exactly when he started dating Niq Niq, we do know they have been together for about a year or so. However, neither Niq Niq nor Damian Swann have posted pictures together on social media, so we can only hope that all is well in their relationship!