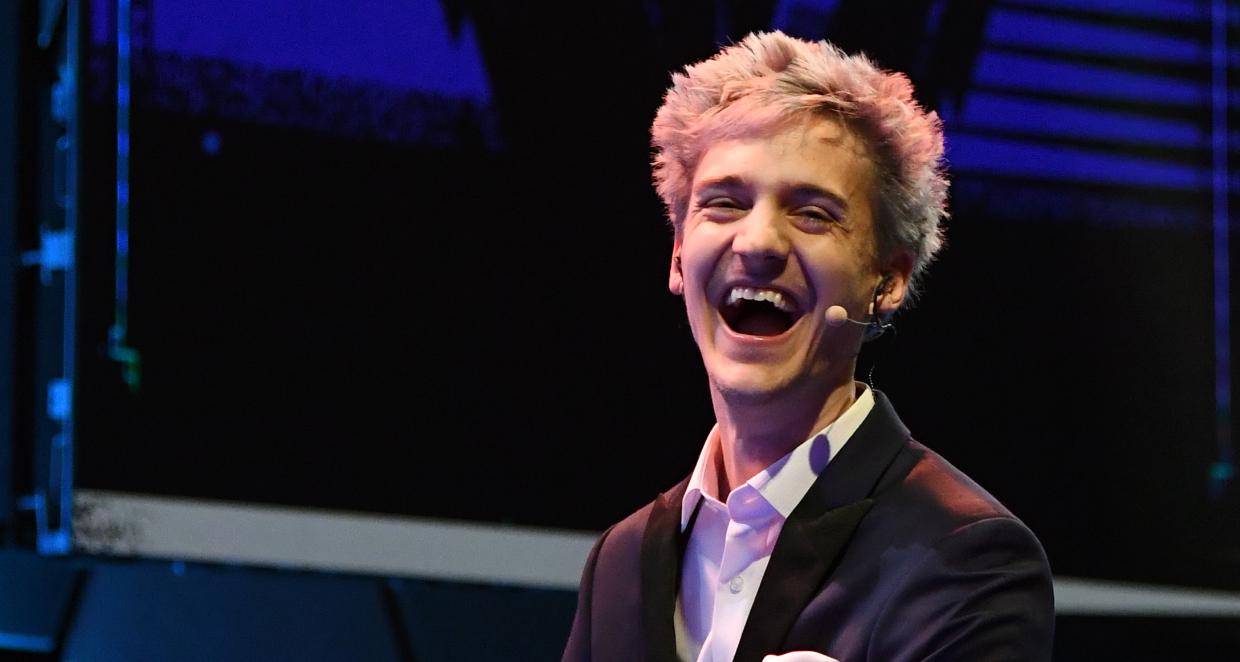 Tyler 'Ninja' Blevins laughs as he is introduced during Ninja Vegas '18 at Esports. Credit: (Photo by Ethan Miller/Getty Images)

The man who makes a living playing video games, Tyler Blevins aka Ninja, is earning way more than you think! With Ninja’s net worth in 2019 estimated at $15.0 million and rising, it’s a sharp rise from his 2018 net worth of $6.0 million—proving you can actually enjoy going to work! (Then again, who wouldn’t love to get paid to play?!) Now Ninja’s signed a new deal to stream exclusively on Microsoft’s Mixer, leaving behind Amazon’s Twitch.

Tyler Blevins Has Been Playing Professionally Since 2009

Tyler Blevins was born on June 5, 1991, and hails from Lake Villa, Illinois. His youth was filled with video games and sports, but he didn’t become a professional video gamer until 2009.

Before his “gaming career” and status as the best Fortnite player, Blevins had a job at Noodles & Company and did everything else a regular kid would do. But he dedicated that extra time to his gaming passion, from which a professional career began.

He started with Halo, playing with Cloud9, Renegades, Team Liquid, and other teams before joining Luminosity Gaming. In 2011, he began streaming his video game exploits and raking in the money. Around that time, he also switched to PUBG (PlayerUnknown’s Battlegrounds) from the former H1Z1 and moved to a different team.

He is now a millionaire, married to the girl of his dreams, meeting celebrities from across the world, and playing video games to earn his bread! Not bad for a guy under 30!

Blevins reportedly has been earning money through every single social media platform showcasing his videos. He has also been making his millions through the deals that come from streaming services Twitch and Amazon Prime.

When he started playing in 2009, he was earning $100.00 per day through streaming his games, but the amount grew substantially in 2018.

He’s currently playing Fortnite, breaking streaming records everywhere. Within six months of playing Fortnite, he had amassed 500,000 followers on Twitch. His stream with Drake held the Twitch record for the highest individual stream.

The streaming service Twitch charges a reported $5.00 per subscriber, and his deal with the platform earns him earn a cool $3.50 per subscriber. As the top streamer on Twitch, Blevins confirmed that he earns more than $500,000 a month from playing Fortnite alone.

YouTube has also been a great way for Ninja to earn money. And with 22 million subscribers and growing on that platform, he’s raking in an estimated $1.0 million a year.

And now Microsoft has attracted Ninja to their streaming platform, Mixer, with a better deal. It’s unclear, though, if there will be a follower exodus from Twitch to Mixer. While a few Ninja fans are willing to make the move, others who have already paid to watch him on Twitch are accusing him of being a sellout.

Apart from playing the game, Fortnite, he also endorses their merchandise. On his Instagram page, he often shows off the icon-print Fortnite T-shirt, and there is probably no need to mention how much the company might be paying him to endorse it!

Bud Light is also a regular feature on his social media page, and we’re sure the Budweiser brand is more than happy to remunerate this gaming genius with stock and cash!

When you have a job that keeps you stuck to a chair for more than six hours straight, you need energy to continue. And Ninja has the perfect solution for that—Quest nutrition bars!

The brand was featured on his Instagram page while he promoted the entire range of products they had.

My success didn't come easy and I bet my #TeamGalaxy squad would agree. Shout out to @samsungmobile for making it possible to #DoWhatYouCant #ad

Blevins is a believer in doing good for people who are in need. And his interest in charitable causes just proves it!

Ninja has been an active member who raises money to help the American Foundation for Suicide Prevention. He has reportedly raised $114,000 to help the organization.

Along with his wife, Jessica Goch (whom he married in 2017), Ninja is sponsoring the care of one animal a week in local shelters.

He said that the couple help in paying for the animals’ medical bills and supplies so they can be taken care of properly.