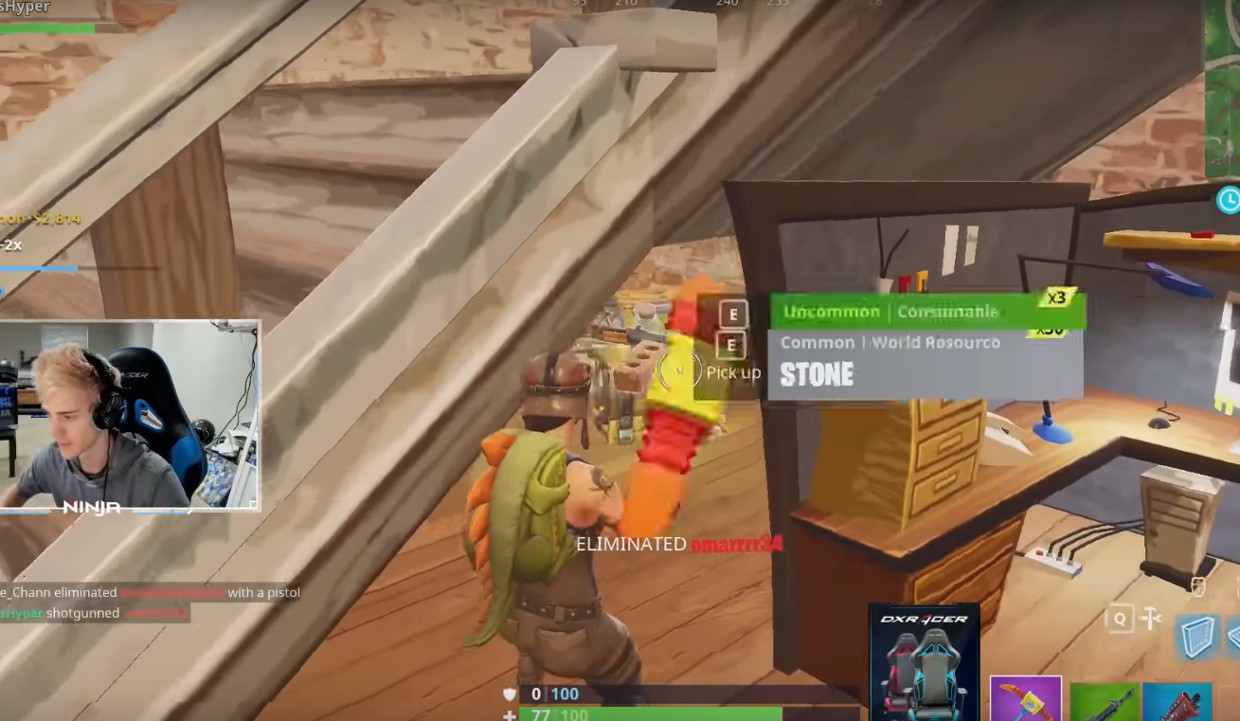 We’ve got a new duo breaking the Internet, people! The gaming sensation known as “Ninja” is playing Fortnite with Canadian rapper Drake, and fans are going crazy! Ninja and Drake were trending on Twitter Wednesday night and fans are now following the uber cool duo’s every move. We’ve got the scoop for you right here!

Ninja’s Twitch success has brought him many fans, and even famous rapper Drake is one of them! He had the biggest surprise of his life when Drake stated following him on Instagram, and the rest is history.

The dreams of many fans have come true seeing Ninja playing Fortnite with Drake. And over half a million viewers are watching their every move!

Keep reading for more play-by-play on one of the coolest gaming collabs in history!

For those of you who have just joined in on the fun, Ninja is one of the most popular gamers in the world. His real name is Tyler Blevins.

Ninja is a former Halo gamer who has become Twitch’s new success story with his Ninja streams of Fortnite: Battle Royale. With his colorful personality, easygoing style, and incredible talent, Ninja is the undisputed Fortnite champion right now.

And, it doesn’t stop there!

Ninja explained why he thinks Fortnite is one of the best games ever and said, “Fortnite really is just the perfect storm of a game. You have the fact that it’s free-to-play, on almost every platform, and everything about the game is enjoyable.”

The Internet was buzzing with rumors that Drake and Ninja would soon join forces, but much of it was written off as hype.

Fans just couldn’t believe it when the hype turned to reality on Wednesday night, and Drake joined Ninja on Fortnite. What?!

Twitter was reeling with the news as both Drake and Ninja became trending topics within minutes of streaming the game live.

With super high expectations for the coolest duo in the world, they unfortunately weren’t able to win their first game. But they had better luck the second time around when Ninja killed the last two opponents in Wailing Woods to bring home a win.

Also Read: Wondering How Much Drake Is Worth? Is Charity “God’s Plan” for the Canadian Rapper?

The Gaming Party Is On

Pittsburgh Steelers wide receiver, Juju Smith-Schuster was also a part of the collaboration. But due to streaming difficulties, he wasn’t able to join in for most of the fun.

We know that fans will be ecstatic if the footballer ever gets to join the party. Imagine Ninja, Drake, and JuJu playing Fortnite together?!

This whole experience of Drake playing Fortnite on stream is just so wholesome??? Like he and Ninja are just two bros chatting and gaming and bonding it’s not even a big deal and it’s so p u r e why can’t everything be this simple and clean

Now JuJu is about to join with Ninja and Drake. Stop me if you've heard this one, A streamer, a Rapper, and an NFL player walk into a bar

Imagine being in a party with Drake and Ninja and the list of people wanting to play is:

History is being made on Twitch right now with Drake playing Fortnite with Ninja! Absolutely nuts! What a crazy day for gaming

I can’t even right now. Drake and Travis Scott are playing Video Games on Twitch with Ninja. Roll back 5-6 years ago would you have believed this would be happening? INSANEeeeeeeeeeee!!!!

At the end of their epic gaming night, we’re sure their viewers exceeded a million! After all, Drake and Ninja are playing Fortnite together, and who would want to miss that?!

Ninja’s teaming up with Drake is sure to rake in the moolah for the professional gamer, too. Already a rising star in gaming circles, Ninja’s popularity is set to soar even higher by teaming up with the rapper. Just look at how many are already buzzing about it today!

Clearly, there’s no stopping the newest gaming superstar in town!