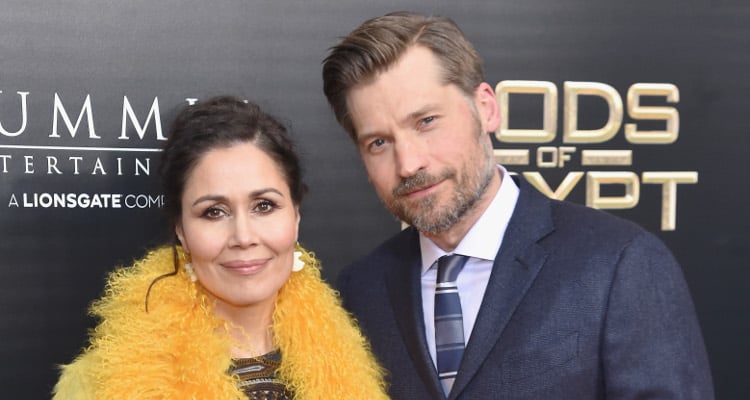 Nukaaka Coster-Waldau is an accomplished actress from Greenland. She’s acted in a bunch of high-quality movies, TV shows, and plays in the last decade and a half. She lives a fulfilling life with her husband Nikolaj, and their two teenage daughters. Read on to learn all about the real-life wife of Game of Thrones’ Ser Jaime Lannister!

From the Land of Ice

Born on February 23, 1971 in Uummannaq, Greenland to Vivi and Joseph Motzfeldt, Nukaaka Coster-Waldau’s age is 46. Coster-Waldau has a unique and exotic background. She is of Inuit, German and Norwegian descent, but was born and brought up in Greenland. Her father, Joseph Motzfeldt, was a Greenlandic politician. Coster-Waldau participated in the 1990 Miss Universe Pageant, where she finished in 19th place in the preliminaries. This ranking was the highest ever achieved by anyone from Greenland!

Coster-Waldau has had an active career since 1998 with work in films, TV shows, and theater, as well. Some of Nukaaka Coster-Waldau’s movies are: Heart of Light, Vildspor, White Night, Himmerland, Eksperimentet, Skavengers, Det Gra Guld, Sailor’s Song, and Echoes of a Ronin. Her TV appearances include Forsvar, Forbrydelsen, and Bedre sent end aldrig. In 2008, Coster-Waldau acted in a play titled Polaroid.

Coster-Waldau certainly notices the hordes of women who throng to see her husband whenever he steps out of the house. However, she is not the least bit insecure, as Nikolaj has no time for anyone but her. For him, it was love at first sight when he met Nukaaka Coster-Waldau. Nikolaj confesses, “I think it took longer for her. I wore her down. I was just crazy in love.” Nukaaka and Nikolaj embarrass their daughters now and then when their friends come over. Nikolaj says, “When their friends are over we just start to dance. No music necessary. It really embarrasses them.” The couple’s two daughters are named Filippa and Safina, and are 16 and 13 respectively. Coster-Waldau loves animals and has two dogs.

Taking Care of Her Family

Nukaaka Coster-Waldau has cut back a bit on her acting in recent times. She has been busy taking care of her family, while her hubby is busy making fans, and critics applaud him for his work. For the time being, it looks like Coster-Waldau would rather to take a back seat to all the attention, and that’s fine with her. Coming from Greenland, she knows how to keep her cool!