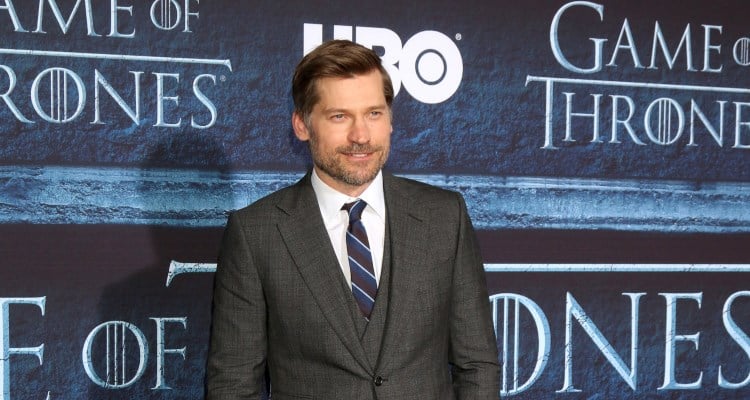 We have some Game of Thrones news—and no it’s not about spoilers—it’s Nikolaj Coster-Waldau’s birthday today! In honor of Ser Jaime Lannister’s birthday, we are going to give you five facts you need to know about the Game of Thrones star on his 46th birthday.

Nikolaj Coster-Waldau was born on July 27, 1970 in Rudkobing, Denmark and was raised in a very small village, with approximately 40 people (we can only imagine how hard it must be to be famous and live privately there). He was raised solely by his mother, after his parents had split up when he was young. He got his start in many film roles that are mainly known back home, but he can certainly pull off an American or British accent when needed. When the cameras are off, he’s back to using his Scandinavian accent, which is hard to understand if you’ve heard some of his interviews.

If you thought it was too good to be true that Coster-Waldau was single, then you were right. Nikolaj Coster-Waldau’s wife is Nukaaka Coster-Waldau (nee Sascha Nukaka Motzfeldt), an actress and singer from Greendland (the cold one). She is of Inuit (Canadian), German, and Norwegian ancestry and was born in Greenland. Nikolaj and Nukaaka were married in 1998 and have two daughters together named Philippa and Safina.

Nukaaka is a former Miss Greenland and placed 19th during the 1990 Miss Universe pageant.

Though you may be used to seeing Coster-Waldau as the villain on Game of Thrones, fans of the Danish actor might also recognize him from the 2014 comedy film, The Other Woman, starring Cameron Diaz. Coster-Waldau plays Mark King, a philandering business executive who has been cheating on his wife and two of his mistresses. If you haven’t seen already, then you’ve got to check it out because it’s a role that fans will enjoy watching him play.

Coster-Waldau has a habit of being bruised on set and you can’t look to the official Nikolaj Coster-Waldau Instagram account to find photos, because the actor actually doesn’t have one.

He told Vulture: “There’s a scene with Locke, and Noah Taylor plays all of this beautifully, he had to kick me. And I had this protective thing on, but he just missed it, and so he got the rib instead. I had a bruised rib for a while. I’m pretty sure that is the take they used, because there is a realism to my reaction that you can’t fake.”

And that wasn’t the only time the star was harmed at work. In a scene of The Other Woman, co-star Kate Upton (mistress No.2) had to whip him in a risqué scene gone wrong and it apparently left a mark, which he didn’t seem to mind.

He Almost Peed on George Clooney

In an interview with Conan O’Brien, the actor recalled when he had to use the bathroom desperately at an award show and went into a stall that wasn’t completely closed. Naturally, he assumed that the stall as empty and rushed in. Upon entering the stall, he literally bumped into George Clooney and apologized. Coster-Waldau noted that Clooney should’ve had the door locked or open to let others know the stall was occupied! He explained that Clooney was much shorter than him, so he didn’t even notice him in there! Mind you, Coster-Waldau is six-foot-two and Clooney is five-foot-eleven (not exactly short but compared to Coster-Waldau, it’s arguable).

Happy Birthday Nikolaj Coster-Waldau! If there are any Game of Thrones spoilers you want to share, let us know in the comments below!