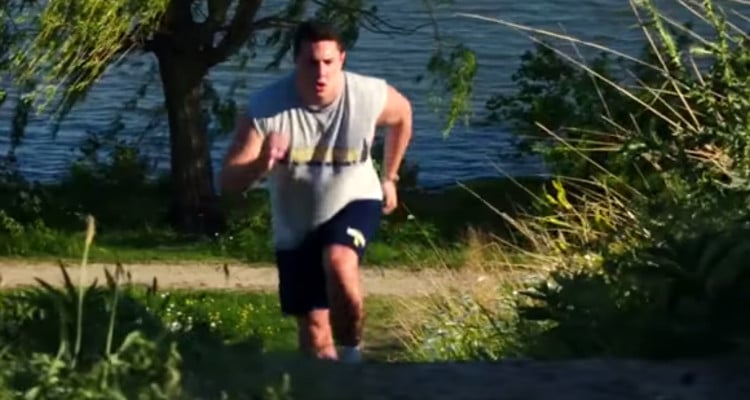 The promise of an evening out with a couple of girls almost cost Niko Kollias his life. He was kidnapped and tortured by a group of unknown men and beaten for more than 40 hours in a house he had never seen before. How did he end up in this bloody situation? Who were the men who laughed as they tortured him? What had Kollias done to them? The football player had thousands of questions running through his mind, but did not have any answers.

The nightmare refuses to go away. Niko Kollias is lying in the bathtub watching his blood swirl around him as it goes down the drain. There is blood all over him, his face, head, arms, and legs. There are cuts on his head from the fluorescent light bulb they smashed over his head; on his legs from where they had slashed him; and blood from when they sliced the webbing between his toes. And, of course, the sound of the men who wore those terrifying masks in the next room laughing and smoking weed. All of this happened to Kollias throughout the course of 40 hours, but the ordeal seemed to stretch an entire lifetime. Who were these men and why did they beat and torture Kollias? He did not know at the time, yet Niko Kollias’ torture continues to play out in an endless loop in his mind. The kidnappers filmed what they had done and posted Niko Kollias’ video online. People want to know more about the football player and the ordeal he went through, and we have some details from Niko Kollias’ wiki.

Niko Kollias is from Chicago, and when he arrived at the University of Rochester, he had two great passions: Football and piano. Kollias was ecstatic when he was accepted by both his university football team and the famous Eastman School of Music. He remembers, “I was so happy. I thought I would never make the cut in a million years. It was definitely a great deal.” Things were going fine until someone new joined the football team. His name was Isaiah Smith, and he quickly became the star defensive player. Though Kollias played with and admired Smith on the field, he kept away from him off the field because Smith was dealing drugs on campus and bragging about it. Kollias says that the Rochester coaching staff knew their star player dealt drugs, but chose to look the other way.

On November 28, 2015, Smith took four men to Brooks Crossing, a student apartment complex owned by the university, for a drug deal. Kollias lived in an apartment there but was not at home that day. Smith brought those four men to an apartment of a fellow teammate who was not only gone for Thanksgiving, but also did not give Smith permission to enter his home.

The four men carried with them four pounds of marijuana. They had no idea that Smith had set a trap for them with the intention of taking the drugs. As soon as they entered the apartment, three men came crashing in and hit everyone with hammers, stealing the marijuana. They even lightly hit Smith, but not with the hammer, to make it look like he was not in on it. The four men who were robbed left the building, holding shirts to their heads to staunch the bleeding as captured by the security footage in the building.

When the police questioned Smith, his story started to unravel, and he soon admitted that he set up the whole thing. The university, in the meantime, cleaned up the apartment and rearranged the room as it was, never revealing to students what had happened when they returned to campus. It was only later that Kollias found out through a teammate that his friend’s apartment had been the venue of a drug deal gone wrong. While the students at the University of Rochester were wondering what exactly happened on campus, a 19-year-old named Elliot Rivera, and his friend Lydell Strickland, were five miles away planning to take revenge for Rivera’s cousin who was hit with a hammer during a drug deal. All they knew was that the attackers were African-American men, it took place on the seventh floor, and a University of Rochester player was involved.

On December 4, 2015, Kollias and a friend were lured out of campus by a couple of women named Samantha Hughes and Leah Gigliotti. Hughes contacted Kollias’ friend through Facebook and told him, “I have these two girls that want to meet up with us.” The two students went into Hughes’ car, where she sat in with Gigliotti, and left campus. Hughes was high and drunk. She passed a liquor bottle to Kollias who was not sure where they were headed, but he noticed that the neighborhood started getting bad. Hughes pulled up into the driveway of a two-story building and led the two students inside. The place reeked of urine and feces. Kollias wondered what was going on when up to 10 masked men came out carrying bats, pipes, knives, and guns.

Kollias started to run but was shot in the leg. He didn’t know that Hughes was Rivera’s girlfriend. Then began the 40-hour torture and beating that seemed to last forever. While Niko Kollias and his friend were being assaulted, a search was on for the two boys in the university. Another student remembered Samantha Hughes, whose Facebook friend request he had ignored, and informed the police. They questioned her, and after no details were found, let her leave. When further evidence showing Hughes and Gigliotti pulling up to an ATM with Strickland, who withdrew thousands of dollars from Kollias’ account, surfaced, both girls were brought back in for questioning. After much wrangling, Hughes told police the details of the kidnapping and the house where the two students were held. A SWAT team was mobilized, and a rescue operation was launched. Kollias had no idea how much time had passed in the house when he and his friend were being tortured.

However, the SWAT team and police arrived in the nick of time, rescuing the two students. Kollias believes that both of them would have been killed had the police not found them. Within a few days, all the men involved in the attack were arrested, including Elliot Rivera and Lydell Strickland, who was allegedly the mastermind behind the torture. The attackers received varying prison sentences with Strickland getting 155 years. Kollias believe that none of this would have happened if the university had taken action much earlier when they knew that Smith was dealing drugs. University representatives have not commented on this.

Beaten But Not Broken

Nearly two years after the kidnapping and torture, Kollias still has trouble going to sleep, “Night time and being alone are definitely harder things for me.” He struggles to run and has difficulty walking as he walks with a limp. But he still plays the piano. That gives him some peace of mind. He relaxes when he plays the piano and can get way from those horrible memories, “I made the conscious decision to live, survive and overcome the challenge I was faced with. And that’s exactly what I did.”

Watch the video below to hear Niko Kollias recount his ordeal.