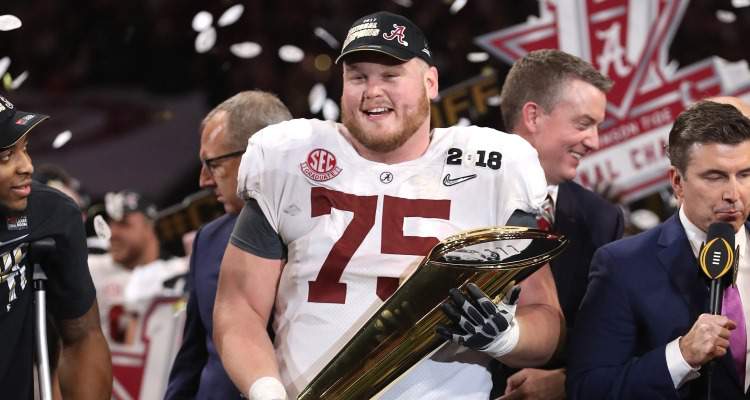 It was a great game on Monday for the Alabama Crimson Tide and even greater for Bradley Bozeman’s girlfriend. Not only did Alabama win the national championship over Georgia, but Bradley Bozeman got engaged! If you want more on his fiancée, we’ve got all you need to know about Nikki Hegstetter.

Who is Nikki Hegstetter?

Nikki, 24, was born on October 3, 1993, in Kennesaw, Georgia. She is the daughter of Tom and Theresa and her siblings are Grant and Emily. The 6’2” blonde attended Harrison High School and is a former Alabama women’s basketball player. She received her undergraduate degree in marketing from the University of Alabama, where she is pursuing a Master’s degree in marketing, according to sources.

She Was a CLASS Award Candidate

Not only was Hegstetter an Honor Roll student but she was also a candidate for the Senior CLASS Award, according to Rolltide.

“Hegstetter’s achievements go beyond the court and the classroom as well as she was honored with the James Larry Carmichael Department of Marketing Outstanding Student Service Award, which goes to the student with the most distinguished reputation for service to the entire University of Alabama community. She has twice been named to the SEC Community Service Team for women’s basketball after having spent many hours volunteering with Habitat for Humanity, The Miracle League of Tuscaloosa, local high school camps, the DCH Manderson Cancer Center and the Capstone Village Retirement Community just to name a few. Hegstetter has also been a favorite of the Tuscaloosa city and county 5th graders, receiving the loudest applause at the annual 5th Grade Fastbreak Game in December.”

If you’re looking for Nikki Hegstetter’s pics, then you’re better off looking online. Aside from Rolltide’s website, there aren’t many photos of her. Her Instagram account is privately set, but says “Live everyday to the fullest because you never know when it’s going to be your last.” (Ain’t that the truth!) And, if you’re trying to get around that security measure by checking out her fiancé’s Instagram, then we will save you the trouble: His account is also private! He’s known as a bit of a bear on the field and it’s easy to see why—just look at the size of him! But he’s a softy at heart and it’s clear he likes to have a bit of fun on (and off) the field with his teammates. He’s active on Twitter and if you follow his tweets, you’ll notice he’s got a pretty good sense of humor, as well! Being approximately 6’5″ tall and weighing over 300 lbs, it’d be terrifying to get sacked by this giant! (He makes even the biggest NFL giants look small!) 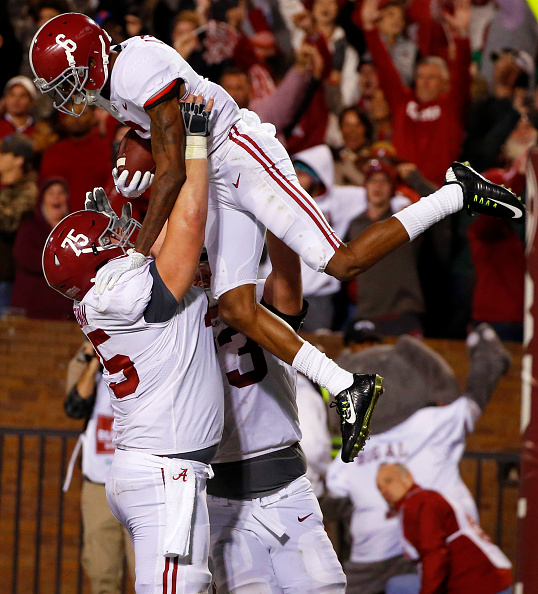 It wasn’t just a big day for Bozeman’s team but for Hegstetter, as well. In the midst of all the confetti and celebration of the team’s win, the offensive lineman got on one knee and popped the question to his loving girlfriend. Spoiler alert: She said yes!

“I was thinking how I’d do it, but I completely left my mind, and I just went for it,” Bozeman said of his impromptu proposal.

Bozeman said that it was a “win only” proposal and that if he didn’t win the championship, then he would have proposed the next day.

Congrats to the young couple and see the proposal in the video below! It’s every bit as adorable as you can imagine!