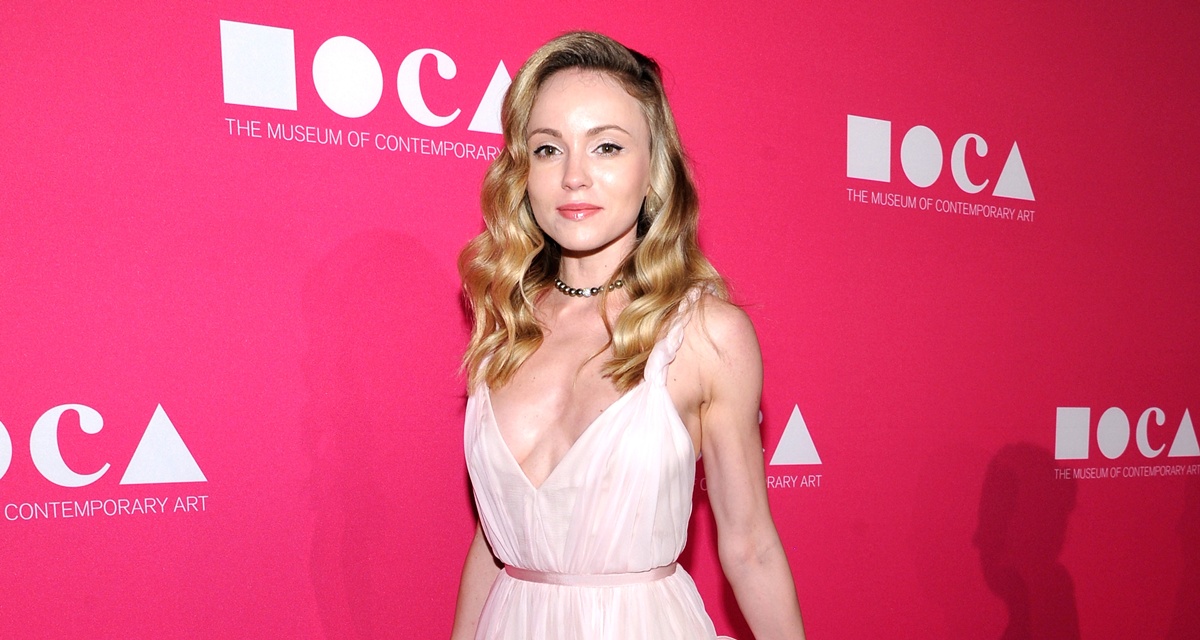 Nikita Kahn at the MOCA Gala 2017 honoring Jeff Koons at The Geffen Contemporary at MOCA on April 29, 2017 in Los Angeles, California. (Photo by John Sciulli/Getty Images for MOCA)

Few may have heard of Nikita Kahn outside of her famous boyfriend. The stunner is dating Larry Ellison, the founder and CTO of Oracle and one of the top 10 billionaires in the world, but tends to keep a low profile and focus on the causes she’s passionate about. Outside of dating Ellison, who has an astounding net worth estimated at $60.0 billion, Kahn is active in giving back to society. Our Nikita Kahn wiki elaborates on the multi-talented philanthropist.

She’s from the Ukraine

Nikita Kahn was born and raised in the former Soviet Union republic now known as the Ukraine. Back home, she used to be a gymnast and ballet dancer. Nikita Kahn is reportedly the name she adopted when she permanently settled in the U.S. almost 10 years ago.

She didn’t have much in her home country. Her mother had to stitch clothes for the entire family.

She acquired her MBA from the Kyiv National University of Trade and Economics before she pursued a diverse career in the States. In California, she studied architectural engineering.

It’s not known when or how she met Larry Ellison, but they’ve been together since at least 2010.

Seventy-four-year-old Ellison is much older than his girlfriend, and has been married and divorced four times. His last marriage to romance writer Melanie Craft ended in 2010.

She Worked in Real Estate

A lover of architecture, Kahn embarked on a career in real estate with her own company. She initially worked as an architect at Studio PCH in Malibu, but later made the switch to interior design.

Kahn has experience in remodeling homes, as she’s been passionate about interior design since she was a student in the Ukraine. In a piece for Miami Living magazine, she recommended timeless and sophisticated pieces of furniture for homeowners.

When Larry Ellison teamed up with chef Nobu Matsuhisa to launch an upscale hotel in Malibu, Kahn was one of the architects who worked on the project.

She’s also a model, with the occasional acting gig and producer credit. In 2017, she produced The Last Animals, a documentary on conservation efforts to save elephants and rhinoceroses.

In addition to that, she runs a lifestyle blog where she shares her travels, fashion adventures, interior design tips, and workout routine inspired by ballet and gymnastics.

Larry Ellison launched the restaurant, Nikita, in Malibu in 2013. It’s more than obvious that it’s named after his accomplished girlfriend. The restaurant closed in 2014, however, and was taken over by Soho House.

She’s an Activist and Conservationist

While growing up on her grandmother’s farm, Kahn fell in love with animals. She not only loved her pets and farm animals, but wanted to do her best to save endangered species like the rhino.

Years later, she’d move to the U.S. and approach the San Diego Zoo to aid their rescue efforts in 2014. The zoo’s rhino conservation center now bares the philanthropist’s name.

The Nikita Kahn Rhino Rescue Center is a 3.5-acre, state-of-the-art facility dedicated to rescuing and conserving the rhino population, particularly the white rhino. The zoo and Kahn raised $10,000 for World Rhino Day on September 22.

Ellison also supports her efforts to save animals. She and Ellison matched a $160,000 grant to the rhino rescue effort by the zoo.

She also collaborates with the California Wildlife Center in conservation efforts. She organizes fundraisers to protect, rescue, and rehabilitate sick and orphaned animals. Kahn is also a member of the board of Peninsula Humane Society & SPCA.

Ellison and Kahn also hosted a fundraiser for the California Wildlife Center in 2014. They raised a total of $700,000 for the cause.