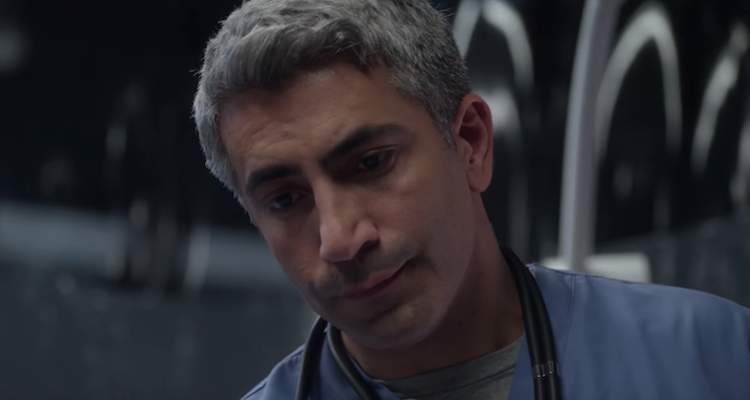 The Blacklist continues its winding road of twists and turns tonight with a new episode, and we have so many questions left from last week. The most important ones revolve around Doctor Nik Korpal. Who killed Nik on The Blacklist? Given the nature of the show, you also have to ask yourself who Nik was on The Blacklist. Was he the doctor we thought he was, or like many other characters, was he hiding a terrible secret? We’re going to take a dive into the world of The Blacklist and get to the bottom of who Nik the doctor is on The Blacklist, as well as what happened to him.

The Bag of Bones

The main mystery of this season revolves around a suitcase that contains skeletal remains. We know that it has some sort of connection to Red and for the most part, the common theory is that it contains the remains of Liz’s mother —but that has yet to be confirmed. That is part of the reason why Tom wants to know who is in the case. Which brings us to Dr. Nik.

Who Was Dr. Nik Korpal?

Nik Korpal was first introduced to the series back in season 2. Dr. Nik often felt like a good guy that was forced to help out in some less than ethical situations, and did what he had to but hates every minute of it. He’s currently been helping Tom identify the bones in the suitcase, but ran into a bit of a stumbling block. When last we saw Dr. Nik, he helped Red and Liz out with a heart transplant that was anything but legal, and under some of the worst conditions possible. Red said that he’s in Dr. Nik’s  debt, to which he asked Red to repay it by never contacting him again. Towards the end of the episode, we see Dr. Nik go to check on Pete’s progress. He heads towards a computer and a masked man strangles him from behind. The masked man picks up the bag of bones and leaves.

While The Blacklist has been a show full of twists and turns, where we have already seen characters fake their own death, we are pretty positive that Dr. Nik has met his end. Other than the fact that his death has been referred to by other characters, we saw Liz torn up during his funeral during the last episode. A recent preview for the latest episode shows Red talking to Tom and mentioning the fact that Dr. Nik was killed due to the suitcase. It should also be noted that Piter Marek, who played Nik on The Blacklist, already has guest parts on other TV shows, which is a signal that he probably isn’t coming back.

We now have yet another mystery on our hands. Who killed Dr. Nik? Pete is the obvious suspect but at the same time, given the show’s history, it really seems too obvious. Due to the preview of tonight’s episode, Red not only knows about the murder, but apparently knows why it took place and warns/threatens Tom with this knowledge. It’s very likely that if Red didn’t order the murder himself, he at least knows who the murderer is.

We can’t be sure of it, but we think that this particular mystery won’t last much longer. We wouldn’t be surprised if the reveal of either who the murder is, or who is in possession of the suitcase, comes out soon. But what that person’s end game could be is anyone’s guess. It’s all part of what makes watching The Blacklist so fun!