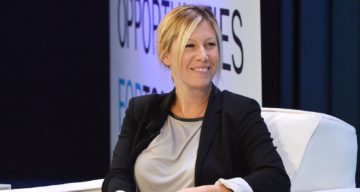 Nicole Perlroth is famous by name, particularly for her groundbreaking stories on cybersecurity in The New York Times. Pelroth is currently promoting her new book on the same topic, which is already acclaimed for its information. And since her recent appearance on The Rachel Maddow Show on MSNBC, viewers are more curious about who Nicole Perlroth is and her background. This Nicole Perlroth wiki is the perfect primer to answer all your questions.

Nicole Perlroth was born on July 30, 1983 to Karen and Mark Perlroth. Her parents are based in Portola Valley, California, while Nicole is in San Francisco.

Her father, Dr. Mark Perlroth, is a retired cardiologist. He was a professor of medicine and director of the medical residency program at Stanford.

Nicole’s mother, Karen Perlroth, is a Mensendieck expert trained in Amsterdam. She helps people with exercises and posture to help improve health and relieve pain.

Perlroth has a BA in politics and Near Eastern studies from Princeton University and an MA in communications from Stanford. She is also a guest lecturer at the Stanford Graduate School of Business.

In her almost five years at Forbes Media, she was a staff reporter from 2007 to 2010 and a deputy editor from 2010 to 2011. She covered venture capital firms and startups for Forbes.

She joined The New York Times in 2011, where she is a reporter on cybersecurity issues. Perlroth did a profile interview on Brian Krebs, another cybersecurity reporter who uncovered the mega-story that Target Corporation had been breached of information on millions of credit cards. That interview caught the attention of Sony Pictures who wanted to develop a movie on the Target hack.

Her expertise is sought after by news outlets and cybersecurity talks. She also authored the book, This Is How They Tell Me the World Ends, which released on February 9.

Perlroth married Heath Thomson on July 25, 2016 in Woodside, California. They have a son who was born in 2018.

Heath Thomson is a professional chef based in San Francisco. He is also the founder and chef of Metes & Bounds in Sonoma and is a partner in other businesses.