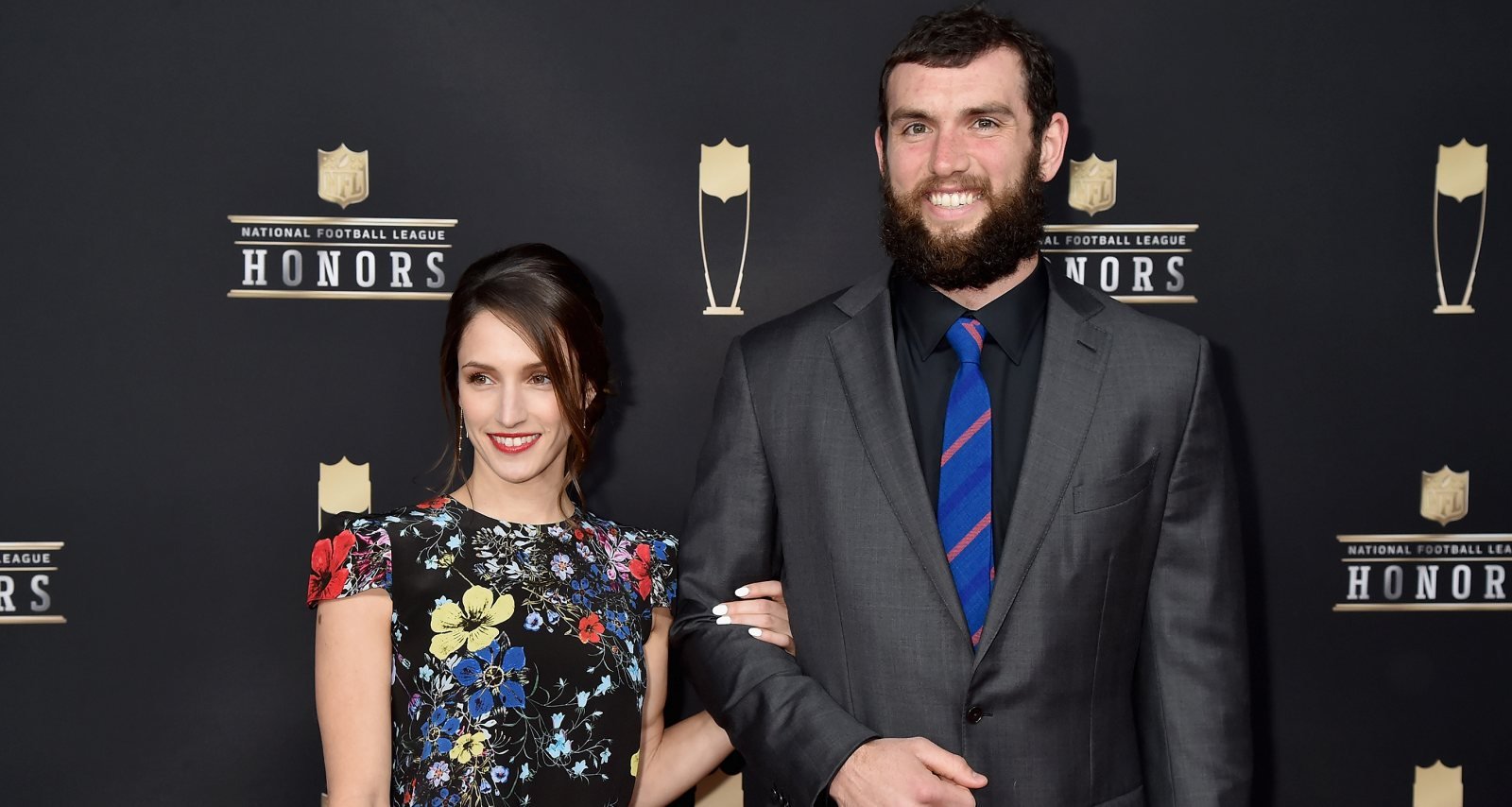 Football fans on social media are in a tizzy with rumors that Andrew Luck might be coming out of retirement. And the alleged source of the rumor is Andrew Luck’s wife, Nicole Pechanec. The quarterback had announced between his wedding and the birth of his first child that he was retiring from the NFL at the prime of his career. He spent retirement focusing on his health as well as his wife and daughter. Pechanec’s alleged texts, though, have raised the hopes of many along with curiosity about her. So we have all the details about Mrs. Andrew Luck in Nicole Pechanec’s wiki.

Nicole Pechanec was born on August 17, 1989. Nicole and her sister, Monica, are the daughters of Tomas Pechanec and Yvette Sommers-Pechanec.

Tomas and Yvette were born and raised in the former Czechoslovakia. Both accomplished in sports, the government rewarded them with permission to vacation in 1986.

The couple didn’t want to raise their future children there and used the opportunity to leave the country. They spent eight weeks in an Austrian immigration camp before they earned their U.S. visas.

They settled in New Jersey where they had relatives with their total life savings of $3,000. Nicole was born and raised in Kenilworth.

Yvette and Tomas would later divorce. Yvette overcame setbacks to start and coach Twilight Gymnastics in Phillipsburg. Not only did she coach Nicole; she also coached the former U.S. national team member, Kayla Hoffman.

While Yvette was a gymnast, Tomas was a Czech national team sailor. Nicole would also follow in their footsteps, but a little reluctantly at first.

With her mom as a coach, Yvette and Nicole would be at odds. It came to a point that Nicole needed time away from her mother and went to live with family friends who ran Aiken Gymnastics in South Carolina for three years.

In her back and forth between home and Aiken, Nicole turned more confident and independent. She also grew to love gymnastics more.

Nicole would train at the Parkettes Training Center in Pennsylvania when she turned 16 and was aiming for the U.S. national team. But Yvette convinced her to compete for the Czech Republic team.

She competed under the name Nicole Pechancova. And when she invented a new move on the bars, it would be known as “Pechancova.”

The creator of the Pechancova would compete on the Stanford Women’s Varsity Gymnastics team. She turned down a spot on the 2012 Czech Olympic team to continue her senior year at Stanford.

But the strain and injuries were catching up with her. She cut back on the strenuous routines before retiring from gymnastics in 2012.

While at Stanford, she was a supervisor at the Arrillaga Family Sports Center. She was also a design intern at Chegg.
Pechanec was a graduate architect and designer for firms in California and Indianapolis, Indiana. For a few months in 2013, she also had a brief internship at NASA.

Pechanec has been part of NBC Sports since 2014. She would also earn her MBA from Indiana University in 2017. Currently, she is a coordinating producer/field producer at NBC Sports and an associate producer at ESPN.

Pechanec stayed connected with gymnastics while working as a T&T Program Coordinator for USA Gymnastics in Indianapolis. In 2016, she was part of the NBC Sports team at the Rio Olympics, providing talking points and stats for the commentators.

Andrew Luck was a highly-touted quarterback at Stanford while Nicole Pechanec was dazzling on the mat. They were both majoring in architectural design, too. They reportedly met while roaming in the same circles and began a romantic relationship while at Stanford.

Luck, who was coveted by several NFL teams, was selected by the Indianapolis Colts in the 2012 draft. While he played for the Colts, Pechanec was working and studying in Indiana as well.

Nicole Pechanec and Andrew Luck reportedly tied the knot on March 31, 2019. Their wedding was in Prague, Czech Republic.

A few months later they welcomed their first child, a daughter they named Lucy, on November 12, 2019. Shortly before his daughter was born, Luck had surprised football fans by announcing his retirement in August 2019.

But in February 2021, rumored text exchanges between Nicole and a friend have been driving fans crazy. The alleged texts apparently hint that Andrew will be coming out of retirement and rejoining the Colts. But most analysts are not counting on it, especially with no confirmation from Andrew and Nicole themselves.