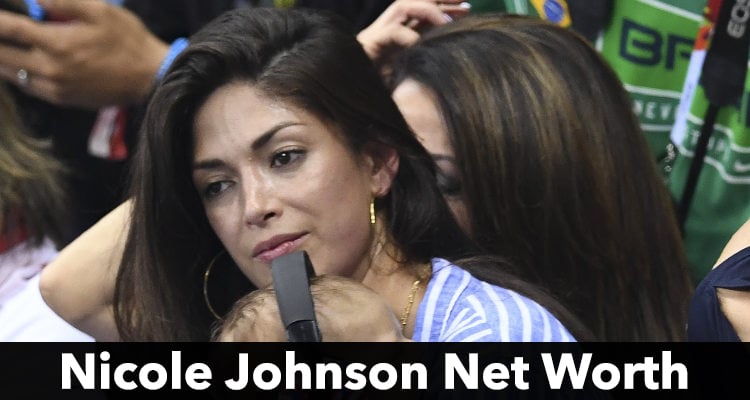 Who is Nicole Johnson? This is the question on everybody’s minds right now, as they’ve undoubtedly heard her name throughout the Olympic games, even though she’s not even an athlete! Well, she is the woman who will soon be Mrs. Michael Phelps! While Michael Phelps continues his medal winning run at the 2016 Rio Olympics, the spotlight has fallen directly on Michael Phelps’ fiancee. People are asking questions that range from the normal to the weird! Like, “Is Nicole Johnson Filipino?” or “What is Nicole Michelle Johnson’s ethnicity?” Some are also interested in her financial status and are asking, “What is Nicole Johnson’s net worth?” Some people are interested in her family and are searching for answers to questions like, “Who are Nicole Phelps parents?” Don’t worry. We will give you all the information you want right here.

Johnson is not Filipino but is a home grown American. She is the daughter Richard Johnson (a pharmaceutical sales manager), and Annette Johnson (a teacher). Her childhood was spent in Westlake Village, California. She completed her schooling and high school from Westlake itself. When she was 17, Johnson participated in the Miss California Teenager pageant. She thought if she won the event, she could use the prize money to finance her college education. Out of 304 contestants who took part, Johnson was placed second. Eventually, she did go to college and in 2007 graduated with honors from the University of California. She took a Bachelor of Arts degree in Communication.

Thanks to her beauty pageant wins and the money she earned as a model, Nicole Johnson’s net worth is above $500,000.

She chose to work in sports entertainment and worked as a production assistant for the ESPN ESPY Awards. She continued to participate in beauty pageants at the same time. She won the Miss California Crown in 2010 and placed within the top 10 in the Miss USA pageant. She later worked for Mercedes Benz and is very knowledgeable about diamonds. She has also worked for the restaurant loyalty program, MOGL, and was also a communications director for YP [Yellow Pages].

To Hell and Back

When she became Michael Phelps’ girlfriend the media really started following her. She would be seen at Phelps’ races where she would cheer loudly from the stands. Her combination of beauty and intelligence made her stand out wherever she went. However, the relationship between Phelps and Johnson has been rocky. They have split up a couple of times but always managed to find their way back to each other. When they split the last time, Phelps simply went off the rails. He was arrested for drunk driving and smoking marijuana in London. During this dark period, Phelps had Johnson as his shining star. To get her back and stay with her became the sole goal of his life. In true storybook fashion, he recovered and won her heart back.

Though Johnson is not yet officially Michael Phelps’ wife, she is his family now. After they had their baby, whom they named Boomer Robert Phelps, they have become a family. Johnson and Boomer accompany Phelps’ to all his events and are there cheering him on. Phelps often describes Johnson as the ‘love of his life’ and credits her with turning his life around. Today, she works as a volunteer marketing manager for the Michael Phelps Foundation. The Foundation provides swimming lessons to kids who come from underprivileged backgrounds. Previously, Johnson has worked with organizations to help children who have suffered abuse and neglect.

Everybody goes through bad times and Phelps was no different. However, unlike him not everybody has a person like Johnson to stand by through thick and thin. She was the one to help him turn his life around. And even though Phelps has the gold medals around his neck, his real prize is Nicole Johnson!