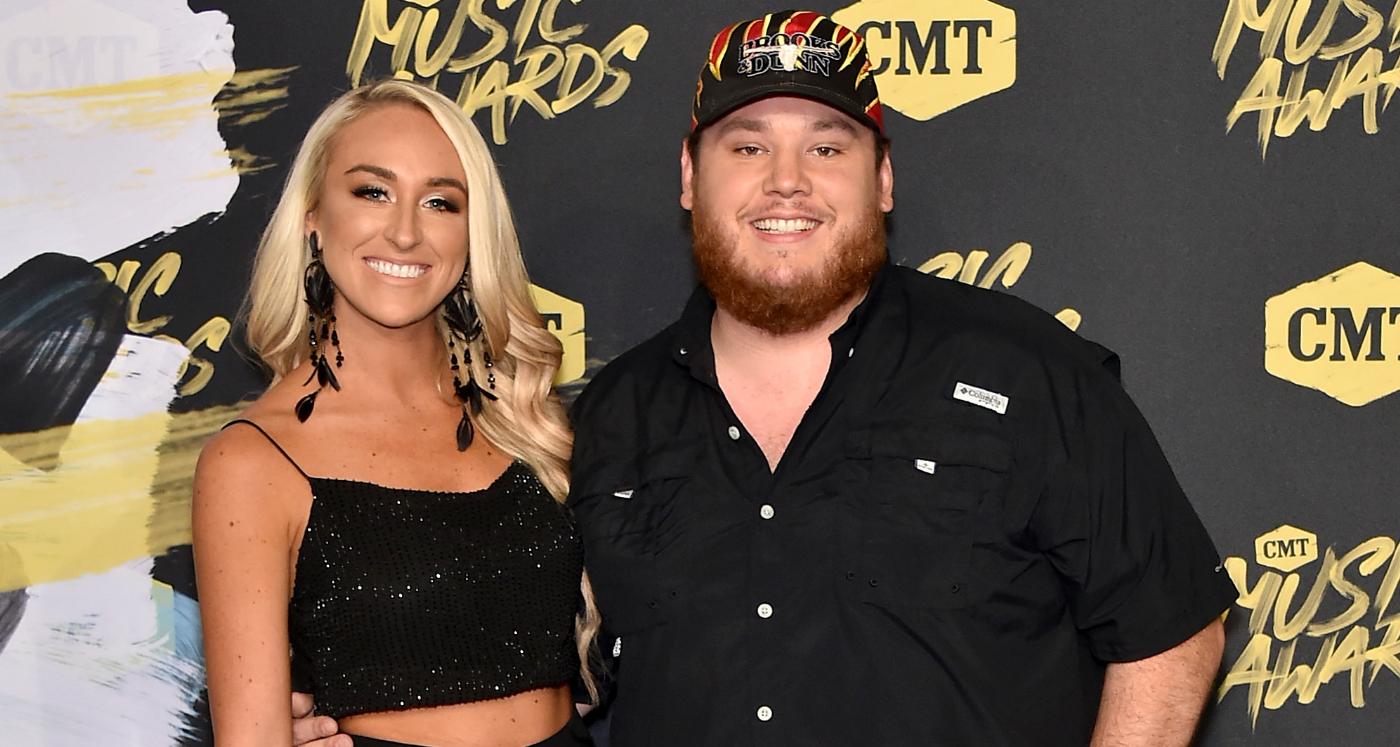 Luke Combs’ star continues to rise in 2019. The platinum-selling artist with a hit album, This One’s For You, and multiple No.1 singles, and 2018 CMA Awards New Artist of the Year, his country career is soaring. But at the 2019 CMA Awards, we got a glimpse at his happy personal life. Combs arrived at the night with his new fiancee, Nicole Hocking as his date. The attention is now on Hocking, who has been with Combs since before his rising fame. Our Nicole Hocking wiki turns the spotlight on Combs’ wonderful girlfriend.

Nicole Hocking Is from Florida

Nicole Hocking, who hails from Fort Myers, Florida, was born on July 22, 1992. Her family, including her mother, Marcy Hocking, and sister, Jenna Hocking, still reside in Florida.

Both Nicole and Jenna graduated from Florida Gulf Coast University. Nicole appears to have been a member of Kappa Delta sorority. Jenna, a 2017 graduate with a degree in hospitality management, works at the Hilton West Palm Beach.

After college, Hocking moved to Nashville, Tennessee in 2014. At the time, she was in a relationship, according to her Facebook page. However, that relationship apparently ended and Hocking met Luke Combs in Nashville. They’ve been dating since early 2016, before he was famous.

Hocking travels to Florida often. While she has fallen in love with Nashville, her home state still holds a special place in her heart.

On her birthday this year, she launched a Facebook fundraiser for Florida-based nonprofit, Captains for Clean Water. She raised $795.00 for the cause.

Hocking Works in the Music Business

When she was a student in Florida, Hocking worked at a local bar. In Nashville, Hocking is reportedly on staff at Broadcast Music Inc. (BMI). Her association with the Nashville music scene is probably how she met Luke Combs.

When they met, Combs was still a nameless singer with no record deal. “Everybody was like, ‘Yeah, this is never gonna work,’” Combs said, “and so I didn’t have anything when we met.”

While Combs is signed under River House, he has worked with BMI artists. He co-wrote his triple platinum debut single, “Hurricane,” with BMI songwriters, Ray Fulcher and Jordan Walker.

Since Combs’ debut in 2017, Hocking has accompanied him to events like the Billboard Music Awards, the CMT Awards, and the CMA Awards. And she’s also socializing with celebs.

Nicole’s celebrity encounters, which she shares on Instagram, include Jimmy Buffet, Chrissy Metz, and Post Malone. Most recently, she was Combs’ plus one to Brett Young’s wedding.

Luke Combs has a thing for chewing tobacco, but he recently quit dipping. The reason—Nicole Hocking.

“I’m trying to quit dipping—well actually, I have quit,” Combs said. “It was ’cause of my girlfriend. She hated that I dipped and, you know, it was just time. Time to just kick it.”

Combs replaced the tobacco with lozenges. Even though he doesn’t like the taste of lozenges, he successfully overcame his addiction.

Combs decided to quit dipping before it negatively affected his voice—though we’re pretty sure Hocking was his biggest encouragement.

He’s not secretive about how much he adores his girlfriend. He writes the most heartfelt captions for her on his Instagram, but it was his post in August that made his followers go Aww! She’s also the inspiration behind his smash hit, “Beautiful Crazy,” which he wrote even before they started officially dating.

In November 2018, the couple announced their engagement during their Hawaiian vacation on social media. Luke later confirmed in an interview that they are planning a 2020 wedding.

This is my baby and this is my favorite picture of her. She’s gonna be mad at me for posting it probably because it’s not perfect but she is. This picture encompasses everything that has made me fall in love with her. Her natural beauty, her smile, personality, and the way she lives life. She’s having a rough day and I’m far away, which is the hardest part of what I do, but I’m coming home baby, I’ll see you soon. I Love You