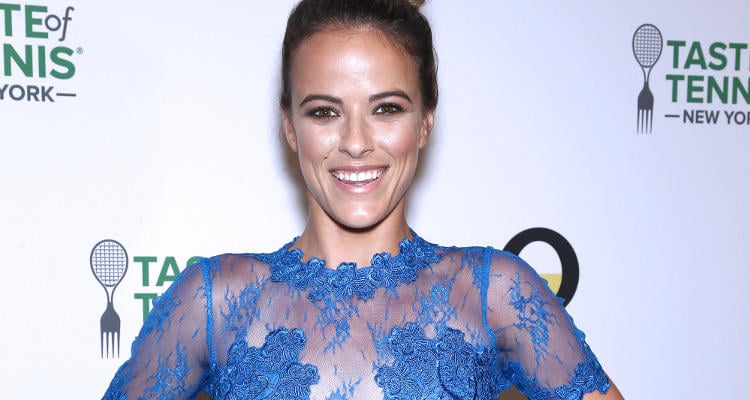 American tennis player, Nicole Gibbs started her 2016 U.S. Open campaign with a bang! The 23-year-old player defeated Serbian player, Aleksandra Krunic, 6-1, 6-0 in under an hour. Gibbs will be going up against Laura Seigemund from Germany in the next round.

This young player has been playing tennis since she was a child, training hard and traveling all over the world for her matches. She has been making great strides in her tennis career. She idolizes Serena Williams and loves playing on hard courts. Here are some interesting facts about this talented tennis player, who’s ranked No. 68 in the world.

Gibbs’ family is comprised of her parents, Paul and Leslie and sister, Shannon. While Leslie is a marketing VP, Paul is a high school teacher. He used to play college tennis at Ball State University. Nicole’s aunt, Karin, played tennis for Miami University. Shannon also played (to a limited extent) but is inclined towards the liberal arts. Always having an active and sporty lifestylre, Nicole devoted her energy to tennis, while being coached by her father.

Paul was Nicole’s first tennis coach. He had grew up playing tennis and passed his passion on to his daughters. Nicole’s training began the day she was big enough to hold a racquet. Nicole stated in an interview, that her father had her hitting at a board over two trashcans in their driveway when Nicole was about three years old. Nicole went on to win her first national open when she was 11 years old, and from then on became a serious tennis player. She has won four singles and three doubles titles on the ITF tour in her career.

Nicole has admitted that she is a completely different person on and off the tennis court. In general, she has a soft-spoken, laid-back persona. However, when she’s on-court, she switches to her fiery and intense alter-ego. Nicole even said her on-court passionate, alter-ego could result in a broken racquet. Her close tennis friends have dubbed her intense expression on the court as the ‘Gibbs Glare’.

Nicole’s bio on the Stanford University website says that she likes listening to music, going to the beach and hanging out with friends. Nicole is also very active in sports other than tennis, including softball, soccer and yoga. She is also a self-proclaimed NFL Fantasy football geek! She also took a liking to surfing, after her boyfriend took her surfing in Santa Cruz. She loves doing yoga in her free time and on days she’s not training, she relaxes with surfing, yoga and eating out with her friends. There are days where she’s too tired for tennis or any activity and chooses to relax with lots of food and shows on television or Netflix.

Yoga is Nicole’s most-preferred relaxation hobby. She’s a big proponent of the heated classes. According to Nicole, yoga is “amazing both physically and mentally.”