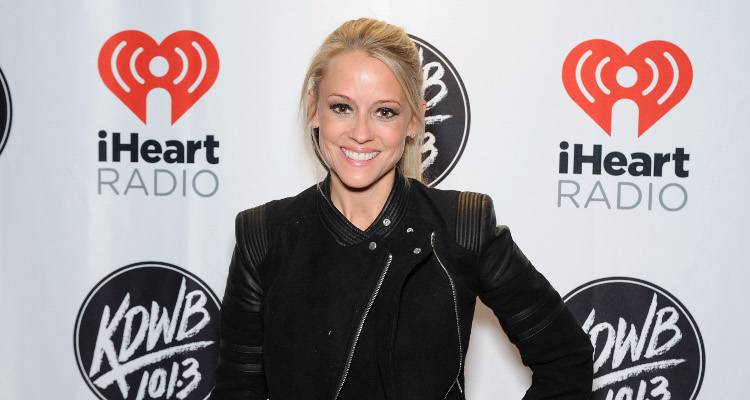 Most know Nicole Curtis as the star of the HGTV home improvement show, Rehab Addict. But she has been more famous lately for the problems in her personal life.

Nicole Curtis just can’t seem to catch a break. The Rehab Addict opened up about the delay for the popular show’s eighth season. There is no doubt that her personal issues are a spanner in the works. From the time Nicole Curtis was pregnant, the home improvement extraordinaire has been going through a lot. Her baby daddy, ex-husband, and business, have all become hot topics of the media. Here’s everything to know about her in our Nicole Curtis wiki.

Curtis was born in Detroit and has lived in Florida, Georgia, and Michigan, where she graduated from high school. Growing up not having much helped her creativity saying, “I’ve always decorated very eclectically, partly because I was poor. Being poor makes you very creative. When you have money, you don’t have to be creative. I love garage sale finds, I love vintage furniture.”

She is a licensed realtor and interior designer, who advocates for the preservation and restoration of existing architecture over demolition when feasible. Curtis buys historic yet neglected properties and restores them.

The DIY Network was looking for a real estate agent in the Minneapolis area, when they stumbled upon Curtis’ web site and work. The producers were so intrigued that they called her in for a test shoot. The rest, we know, is history.

With her widely successful business and a popular TV show, Nicole Curtis has amassed a net worth of $5.0 million.

Also Read: Serena Williams Wiki: Everything You Need to Know about the Tennis Star-Who’s Now Pregnant!

Trying to look tough, but the house smells so great 🙂 #cedarshake #nicolecurtis #rehabaddict

Before she hit it big, the 40-year-old had to struggle to earn a living. She waitressed at places like IHOP and Hooters. Shortly before getting her teaching degree, she left college to open a cleaning business.

She continued her business to take care of her son, Ethan. “I never regretted giving up a corporate job to clean houses so that I could make Ethan’s second grade Halloween party happen.”

Curtis gave birth to Ethan when she was 20. His father, Steve Cimini was arrested for manslaughter. She revealed in her memoir, Better Than New that Ethan was born seven months into Cimini’s sentence. There was no marriage and Curtis got custody of Ethan after a long custody battle. Ethan was 12 when Rehab Addict was picked up and it reportedly took a toll on the young boy.

Most enjoyable day-spent my morning running #madrid-like a proper run not my modified fast jog I've been cheating with lately. Found myself a quiet path in the botanical gardens -not quite sure if running was permitted-but they didn't kick me out 🙂 munchkin & I kicked around the royal palace -my head is a little overloaded with ideas now —off to #barcelona -then….. #detroit

#3. Nicole Curtis vs. Her Parents

Curtis calls her parents, Joan and Rod Curtis, the inspiration behind her DIY work. She learned to reuse old furniture from them, as they used to pick up furniture thrown away by others. Joan also helped take care of Ethan when Nicole was busy working.

Their relationship however, took an ugly turn. Nicole and her parents fought in the courtroom over the death of Nicole’s grandmother. Joan requested a protective order against Nicole saying that she made threatening calls to them and claimed Rod had some information he threatened to leak to the press. Their relationship continues to be strained.

In 2015, after much speculation, Curtis announced that she was pregnant for a second time. Her baby daddy, Shane Maguire was her on-again off-again boyfriend. The fashion-addict was one of the fixer-upper stars on TV and enjoyed very little privacy. So, she hid her pregnancy while filming Rehab Addict just to protect her and her unborn child’s privacy.

Curtis revealed that she was six months along on social media. Reports also surfaced that she broke up with Maguire shortly after she found she was expecting. In her book, Curtis said that Maguire wasn’t happy about becoming a father. But when he filed for joint custody of their son, Harper, he said he couldn’t have been happier to be a father. What followed was a lengthy custody battle. Her legal dramas have caused a delay in her filming for the new season of Rehab Addict.

#5. She Loves Her Grandparents

The DIY-er has a fond attachment to her grandparents. In 2015, she bought back her grandparents old home and restored it in season 7 of her show. Her grandmother’s death is also at the center of Curtis’ legal drama with her mother. Nicole claims she took care of her grandmother on her deathbed, something she states Joan Curtis didn’t do.

The pipes froze in my Campbell street house and one thing that survived -this pic. I spend every day distracting myself so I don't think about the fact that I can't call my gram. So thankful to all the wonderful women in my life that "mom" me-cause even at 40, you need it 🙂 #womensupportingwomen

Her grandfather also lives with her. He and her children are Nicole Curtis’ driving forces to get through her personal struggles. “My life is absolutely not perfect,” she said. “The most important thing for me is to be strong for my children and my grandfather. Every day he asks, ‘Why am I still here?!’ I said, ‘You know what, I think because God was not going to take you [and Grandma] from me at the same time. C’mon, Gramps!'”