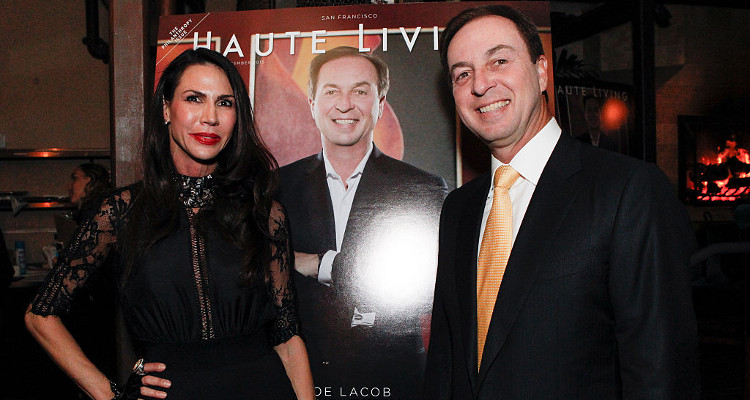 Who’s that beautiful brunette sitting on the Golden State Warriors bench in every game? Have you seen her hanging out with Golden State Warriors majority owner Joe Lacob? Well, to feed your curiosity, we have all the details about this mysterious lady in our Nicole Curran wiki. Keep reading for everything you need to know about Joe Lacob’s wife.

Nicole Curran Was Raised in an Orphanage

Nicole Curran was born on October 28, 1968, and originally hails from Pennsylvania. Her parents divorced when she was three and she was mostly raised by her mother.

Not much is known about Curran’s early life except that her parents sent her to orphanage when she was 13 years old as they could not provide for her. She spent her adolescent years in Milton Hershey School, a boarding school for children of lower-income families in Pennsylvania.

Being in her teens, the feeling abandonment and anguish were constant after her parents left her. But when she was 15 years old, Curran’s mother got her out of the orphanage and they relocated to Washington D.C.

Curran Was a Teacher and Worked at LVMH

Before occupying the front row at basketball games in designer clothes, Nicole Curran many different odd jobs. She grew up as a city girl before moving to Angwin, California in 2001. She remembers the experience as a single girl in a new city as exciting and life altering.

Before moving to the Bay Area, Curran was a high school teacher. She graduated from George Washington University on a full scholarship. As a teen, she modeled and worked at an ice cream parlor as well as a hair salon on weekends for extra pocket money.

After graduating, Curran started her career as a high school teacher in 1993. She taught history and government, and one year of sex education at a rough high school in D.C.

According to Curran, “I was making $23,500 a year as a teacher and working 80 hours a week.” Life soon took a new turn, after she met and married a doctor whom she lived with in Arizona.

Since moving to Arizona, Curran started working for the betterment of society. She helped mainstream youth from Black Canyon Prison into Phoenix Union District High School, and began devoting more time to searching for potential in young kids who could have a bright and successful future.

She soon switched gears and became the head of sales and marketing at La Jota Vineyard and later a portfolio manager at Moët Hennessy Louis Vuitton SE (LVMH). During her time at La Jota, she lived and worked the vineyard in Napa and soon became a wine connoisseur.

Nicole Curran’s first marriage did not last, and the couple soon divorced. She met Joe Lacob in 2006 at a golf tournament at Pebble Beach. The two hit it off instantly, and he has nothing but kind things to say about Curran.

“She is very direct. No hidden agendas. She is tough. She can be pretty volatile. But she is outgoing naturally. She’s got a million friends. Always ready to go to a party, go to an event. Me you have to drag,” said the owner of Golden State Warriors.

The duo discusses business as well, and Curran is very involved in what goes on with the team. So, in 2012, when the Warriors traded Monta Ellis to the Milwaukee Bucks, Curran was reportedly a little miffed with Lacob.

But the couple has moved past that. She will still have her opinions about the Warriors, and Lacob will just have to understand that! They primarily live in Atherton and also have a home in St. Helena.

Lacob and Curran quietly tied the knot and has since been attending Warriors games as Joe Lacob’s wife.

Lacob was previously married and divorced from Laurie Krauss. They are parents to two sons, Kent and Kirk, and two daughters, Kelly and Kayci.

Curran Is Active in the Warriors Organization

Hanging out with the businessman, Nicole Curran has transformed from a simple woman to a glamorous personality. She has the best taste in fashion and always travels in style. She says that she celebrates big game wins in places like the Bridge Club in the Roaracle, Village Pub, and Milagros while her all-time favorite romantic restaurant is Evvia.

Although people may see her as a “trophy girl” there is more to this gorgeous lady. She is the president of the board of directors of The Warriors Community Foundation. Under her leadership, the foundation has donated $6.7 million to the community. In 2015, the Warriors made a donation of $1.0 million to 36 organizations while in 2016, they gave $1.25 million to 51 organizations. Some of the foundation’s work aims to improve education, early childhood development, elementary literacy, middle schools, STEM, and college access.