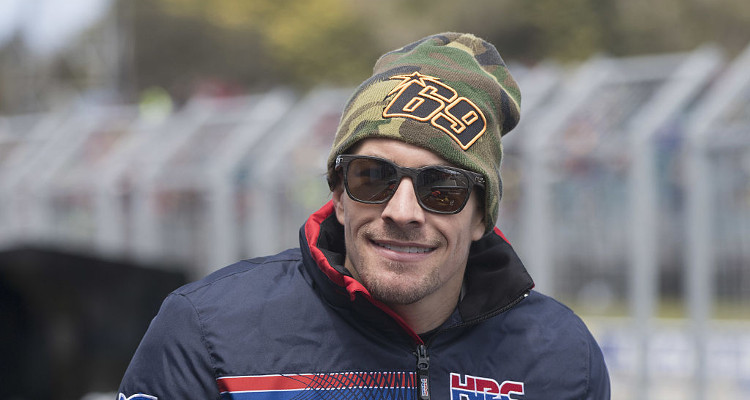 MotoGP racer, Nicky Hayden died on May 22 from injuries suffered in an accident on his bicycle five days earlier. Obviously devastated by the loss, Nick Hayden’s fiancée, Jackie Marin, flew to Italy from the U.S. where the collision occurred. Who is Jackie Marin? Read our Jackie Marin wiki to learn more about Nicky Hayden’s girlfriend.

The 27-year-old was the long-time girlfriend of late MotoGP racer, Nicky Hayden. She is boxing fanatic, bike lover, and a talented singer. Marin is the third daughter of Bill and Lori Marin (née. Marquez). She has three sisters: Jennifer, Lauren, and Catherine.

Jackie Marin is an actress, too. Some may remember her from the reality show Tequila Sisters, which followed the life of Jackie Marin and her family. In 2012, Marin acted in an independent movie called Skyline.

On her Facebook page, Marin describes herself as “kind, strong, generous and opinionated.” Her passion for music is boundless, and she is working hard to make a successful career in the industry.

Jackie Marin got engaged to Nicky Hayden in May 2016, while the two vacationed in Venice.

It could have been her love for adventure and speed that made her fall for the MotoGP racer. She set aside her music career to be with Hayden, who constantly traveled around Europe for his career, something she never complained about.

Nicky Hayden suffered severe cerebral damage after colliding with a car on the Rimini coastline in Italy on Wednesday, May 17. The biker had been in the intensive care unit of Cesena’s Maurizio Bufalini Hospital before succumbing to his injuries on Monday, May 22. Below is the couple’s last picture together taken on their one-year engagement anniversary.

We extend our heartfelt condolences to Jackie Marin and the Hayden family at this time.