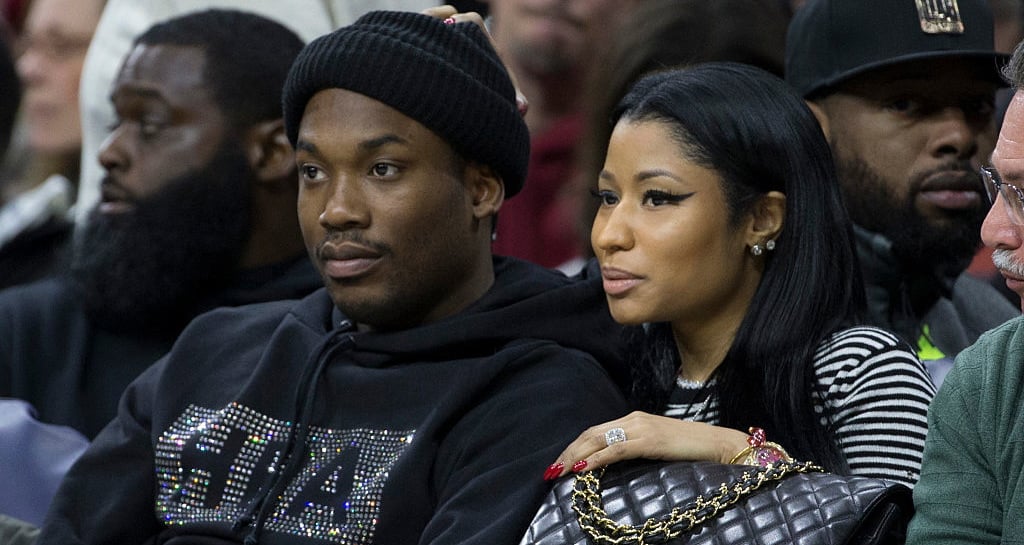 Nicki Minaj and Meek Mill breakup rumors are spreading online after the two posted cryptic posts on social media, leading followers to believe they are in a lover’s quarrel that may lead to the end of their relationship. It remains unclear whether their actions on social media are pointing to their relationship struggles, or if they are unrelated. Fans and various media outlets, however, are determined to uncover the details to get to the bottom of it.

Many media outlets are trying to appease fans and followers by covering every detail as it surfaces, but until there’s a direct statement from a legitimate source or the couple themselves, the Nicki Minaj breakup rumors will remain as such. The rumors sparked about a month ago, when Minaj shared an Instagram photo that said “Never help an ungrateful person get on their feet. It’s like telling a wolf that you’re a sheep.” Mill responded to the photo saying, “That’s why [I] make sure I stand on my own and was M’d up when I met you,” followed by praying hands and flexing emojis. The comment was quickly deleted. These actions have led fans to believe the couple have called it quits.

The rapper later posted a meme on social media and captioned the photo with the following: “Some of ya’ll need to learn how to enjoy your man’s company instead of picking fights with him 24/7. Be lit & not in misery… I just wanna win and ball with my lady not be drilled… that’s the only that keep my functioning!!! On my A GAME… This give me motivation!”

The recent Nicki Minaj and Meek Mill breakup rumors ignited when Mill deleted his Instagram for the second time in two months, as of early Saturday. Soon after, Minaj took to Instagram sharing a photo of Chanel house slippers. The caption left fans confused: “Thank God u blew it. Thank God I dodged the bullet. I’m so over u. Baby good lookin out.#BestThingUNeverHad thank u for this epic gift @sincerearmani.

Thank God u BLUE💙it. Thank God I dodged the bullet. I'm so over u. Baby good lookin out. #BestThingUNeverHad thank u for this epic gift @sincerearmani

The couple appears to have been on a rollercoaster lately—just a week ago, Minaj shared a photo of her kissing Mill with the caption saying, “u know I wrote #Favorite about u right?” Just a few days ago, the couple and their family and friends were in Turks and Caicos for Minaj’s birthday. Despite this good news, the recent deletion of Mills’ Instagram and Minaj’s Instagram post from several hours ago, have left fans in a confusion. Fans who have been closely following the ups and downs of their relationship are venting about their breakup on social media:

So Meek's IG is deleted and Nicki's on IG talking about "thank god you blew it, thank god I dodged a bullet" what's going on?? pic.twitter.com/r4PD4Go6if

Nicki quoting best thing I never had? Her and meek broke up or she still being petty and send shots at safaree?

Others are fed up of the buzz surrounding their personal life, and feel that relationship issues should be kept off the ‘Gram!

Meek and Nicki are annoying on IG when they "break up" 🙄..in a few days he'll be back posting pics calling her his queen lol