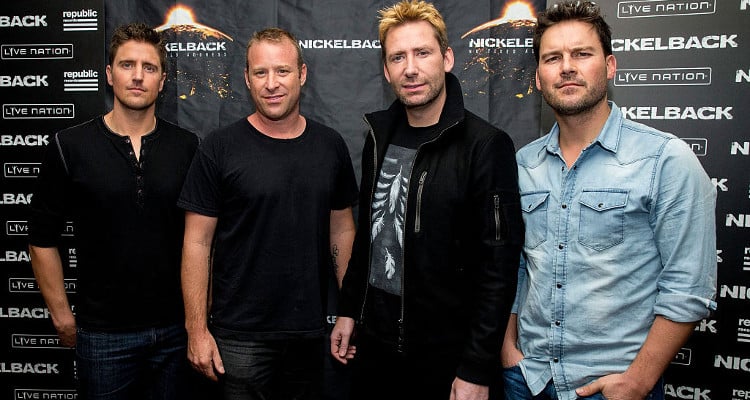 All Nickelback fans who are wondering where the No Fixed Address band disappeared after 2014 should definitely take a look at this article. Read on to find out details about Nickelback’s new album in 2017 and Nickelback’s new songs.

The Canadian rock band formed in 1995 in Hanna, Alberta, Canada has won millions over, while simultaneously becoming one of the most hated bands on earth. Nickelback’s last album, No Fixed Address, was released on November 17, 2014. Since then, the band has not released any new album or songs. So fans wondering about Nickelback’s upcoming album in 2017 should expect some good news, because there may be new music soon.

One of the reasons why Nickelback has not released a new album or songs is because they just finished their 2016 European Tour, which was 62 days long, and had 29 shows.

Though no tour has been announced for 2017, the band has three North American shows scheduled for this summer. Tickets are still available for all performances. Click here to learn more.

All we know is that if we get new Nickelback music this year, they might go on tour again towards the end of 2017. You’ll have to stay tuned to find out!

Preparing for the New Album

Nickelback is all set to make a comeback in 2017. This means that you can finally add new music to your library. While recording some new songs last summer, the band decided to have some fun and record one of their favorite songs, Don Henley’s “Dirty Laundry.” You can listen to Nickelback’s “Dirty Laundry” cover on Apple Music and Spotify.

Nickelback’s New Album and Songs for 2017

This was the guitar that 'How You Remind Me', 'Hero' and 'Too Bad' were all written on. And for those of you keeping score; that guitar is currently in a studio. Which, is where we are. Lots of fun stuff on the way! #NB2017

While the official release date has not yet been revealed, we can still expect a new Nickelback album to come out sometime in 2017. The band could tease fans with a new single soon, but if they have something in the works, they have been tight-lipped about it.

Fans have been waiting three years for Nickelback’s new album, so 2017 should be a good year for them! The band has not given anyone much to go on, but since they have been in the studio since mid-2016, it is fair to say that this will be a great music year for Nickelback fans.