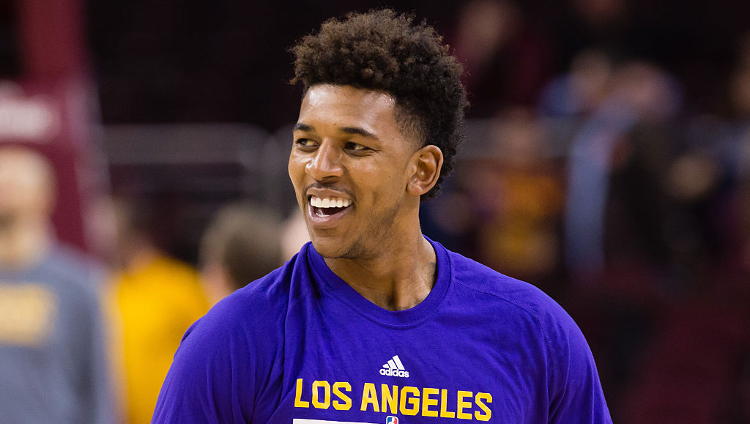 Nick Young a.k.a. Swaggy P of the LA Lakers lost the Three-Point Contest. But the good-humored athlete is not the type to get down about it! After a few jokes about his loss, he’s now focusing on his clothing line and his new little friend.

The LA Lakers’ shooting guard, Nick Young, made his All-Star debut at the Smoothie King Center in New Orleans on Saturday (February 18). However, the 31-year-old lost the three-point contest, finishing fourth with 18 points in the first round. His first All-Star weekend loss may have disappointed him, but it looks like he’s in good spirits anyway. Always up for good humor and swag, Young posted a picture on Instagram hinting at new designs from his clothing line. Check out Swaggy P’s All-Star Weekend Instagram post right here!

Young and His New Pup Chill with Swag

On Sunday (February 19), a couple of hours before the NBA All-Star game between the Eastern and Western Conferences, Nick Young posted a picture of himself and his dog, sporting some stylish new gear. Young was wearing a white hoodie with black pants while holding the leash of his swagtastic canine. His dog sat on the sidewalk wearing a pair of sunglasses, matching Swaggy P’s pair.

He captioned the post, “All Dogs Go To Heaven #MostHated #soon.” This is in reference to Young’s independent clothing line, Most Hated Player.

Known to be one of the most stylish players in the NBA, Nick Young became a pioneer in merchandise marketing by becoming the first pro-athlete to release his own independent apparel and merchandise line. Most athletes are known to have merchandise deals through endorsement contracts, but Young decided to go his own way. 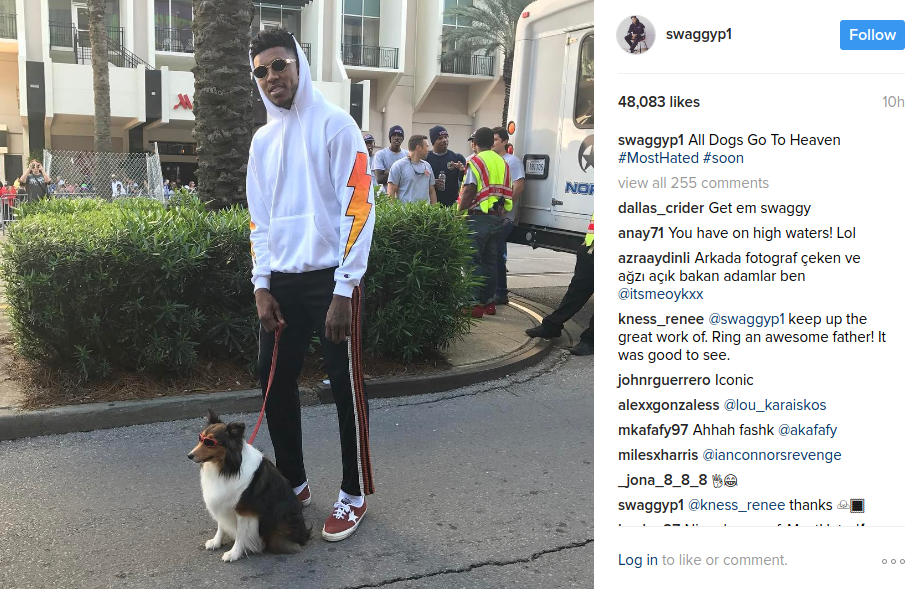 Swaggy P’s 2.5 million Instagram followers had a lot to say about the athlete’s outfit. Many are commenting that his style is different than his other Most Hated pieces. It’s safe to assume Young is adding some new designs to the clothing line.

Meanwhile, Young took his debut All-Star loss in stride. There’s never a dull moment with Swaggy P. He cited his loss to “first time jitters” and cracked a few jokes at his own expense. He also jokingly blamed his Lakers teammate, Jordan Clarkson, for giving Young bad advice about placing his money ball rack.

In mock seriousness, Nick Young said about his son, “I didn’t want to look at his face. I didn’t want to see the disappointment.” Nick Young Jr. is the shooting guard’s son with ex-girlfriend, Keona Greene. Following his split from rapper Iggy Azalea, it was announced that Keona Greene was pregnant with her and Young’s second child. The couple welcomed their daughter, Navi Young, in October 2016.