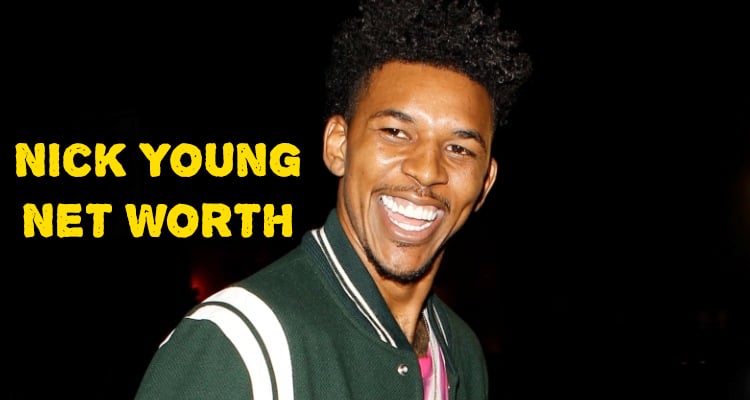 How much is Nick Young worth? While the women who recently became another Nick Young ex, Iggy Azaela, likely doesn’t think he’s worth the time of day anymore after he reportedly cheated on her, his accountant is sure to think differently. The Nick Young net worth is currently believed to be sitting at approximately $8.0 million, with the young basketball player for the NBA’s Los Angeles Lakers being set to earn more over the course of his still early career. And now that the Nick Young and Iggy Azalea and Nick Young and Keonna Green relationships are over, there are fewer people that he has to share his wealth with.

As expected, the majority of Nick Young’s salary comes from his NBA career, currently playing for the Los Angeles Lakers after signing with them in 2013. His current four-year contract will see him make just over $21.0 million over that time, or about $4.0 million plus bonuses a year with the last season estimated to see him making around $5.2 million. This is in comparison to his first season in the NBA in 2007-2008 as a member of the Washington Wizards, in which he only walked away with about $1.4 million. While he likely also makes a fair amount from his endorsement deals, including a shoe deal with Addidas, the exact figure he makes from these sponsorships is unknown.

Nicholas Aaron “Nick” Young, also known as “Swaggy P,” was born June 1, 1985, making him 31 years old as of this writing. The youngest son of a politician, one of his older brothers was killed by a gang member in a case of mistaken identity while his other brother had a breakdown following the incident and resides in a mental hospital. In regards to other family members, he is also the cousin of rapper Kendrick Lamar.

Young began playing basketball in high school, at one point being called the seventh-best player in the country at the high school level. He would go on to attend and play for the University of Southern California, leading the team into the 2007 NCAA Tournament. He would announce in April 2007 that he wouldn’t be staying for his senior year and instead went right to the NB after being drafted 16th overall by the Washington Wizards.

Over the course of his nine-season NBA career, Young has played for Washington (2007-2012), the Los Angeles Clippers (2012), the Philadelphia 76ers (2012-2013), and his current team, the Los Angeles Lakers (2013-present). Over this period, his career achievements have included helping the Clippers get to the playoffs for the first time in six years and scoring three three-pointers in less than a minute. He, unfortunately, would be late to begin the 2015-2016 season, having torn his radial collateral ligament during training camp, not appearing on the court until November. Unfortunately, the Clippers would not make the playoffs.

Nick Young was originally tied to entrepreneur Keonna Green, who gave birth to his child, Nick Jr. It can be assumed he financially supports the child in some capacity, which would affect the Nick Young net worth.

More notably, he began dating rapper Iggy Azaela in mid-2013, though it was never confirmed until a radio interview Azaela did in April 2014. On June 1, 2015, the couple would get engaged. Unfortunately, the celebrity couple never made it to the altar as Azaela recently broke things off with the NBA star after security footage taken from their shared home proved that he was cheating on her. And what’s worse, it apparently wasn’t one time with one woman but with several! This also happened around the time that rumors began that Young had once again impregnated Keonna Green, who, it turns out, was in fact, one of the women he was seen with in a security tape.

Nick Young currently resides in a house in Tarzana, Los Angeles, that reportedly cost $3.4 million and originally belonged to Selena Gomez. He purchased the home with Iggy Azaela, but there’s no word on who paid what portion and who will take ownership of and residence in the home with the split. However, given that it’s the same house where security cameras caught his infidelity, it’s likely Azalea will give it to Young and have no desire to so much as see the place anymore. Speaking of the singer, she also purchased his primary mode of transportation, a 1962 Chevy Impala, that was said to cost her $100,000. She probably regrets purchasing the car now, but hopefully she got to keep the $500,000 engagement ring!