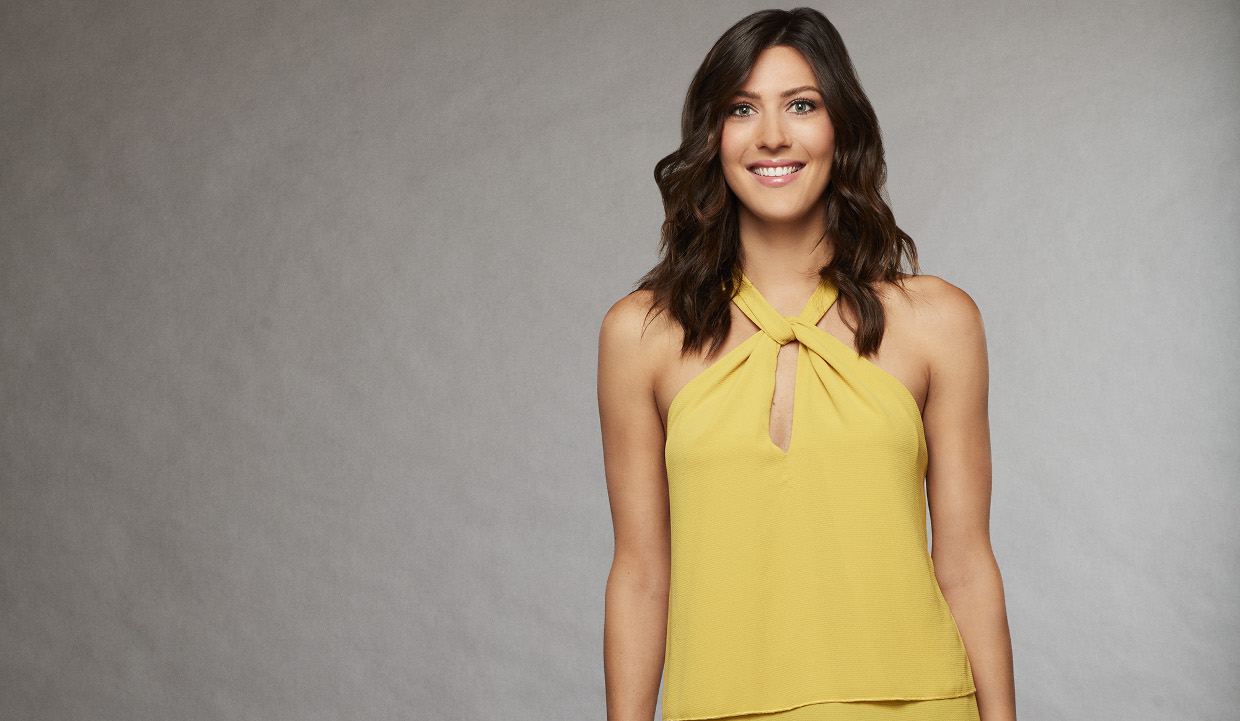 Nick Spetsas of The Bachelorette is the latest in a list of names to be released in the fight to win Becca Kufrin’s heart! But just who is this gorgeous young man? Read on to learn all about him!

The Bachelorette 2018 has already started filming and fans are eager to learn absolutely everything they possibly can about the hot new group of hunks! We already know that Becca Kufrin will be this year’s lucky lady searching for love, but who will she choose? As usual, the goings on of the show have been shrouded in mystery, but some of the cast members have already been officially announced. We’ve got the 411 on one such lucky man looking for love with Becca, so keep reading to learn everything you need to know about Nick Spetsas!

After Becca was forced to endure a callous, unexpected (and unedited) on-camera breakup at the hands of Arie Luyendyk Jr. on The Bachelor, it was announced during their after-show segment with host Chris Harrison that she would be the new Bachelorette! Filming for The Bachelorette 2018 commenced in March and Becca was spotted going on a group trampolining date with her brand-new castmates, who are all vying for her affection. Thanks to websites like Reality Steve and Just Jared, we’ve already been introduced to a few of Becca’s new love interests as she recovers from her humiliating ordeal.

Of course, every new season has at least one fan favorite that most people seem to be rooting for; someone who’s relatively unknown yet very relatable and likeable at the same time. This time around on The Bachelorette, Nick Spetsas is our top pick! Keep reading our Nick Spetsas wiki to find out why we think he’s going to be the one to sweep Becca off her feet this season!

According to his LinkedIn profile, Nick Spetsas is currently an associate attorney at the Eraclides, Gellman, Hall, Indek, Goodman, Waters & Traverso law firm in Orlando, Florida. He specializes in workers’ compensation cases and is a 2016 alumnus of the University of South Carolina School of Law. Over the years, he’s demonstrated a great deal of passion for his job. (We love that about him!)

Obviously, intelligence and athleticism are key components in The Bachelorette contestant selection process because a lot of the other contenders share similar qualities. But there’s one key factor that sets Nick apart from his fellow cast members…

If The Bachelorette has taught us anything, it’s that it’s certainly possible to find true love. Of course, it’s also taught us that sometimes, things can get very convoluted and breakups are never easy. But, it seems that Nick and his ex-girlfriend, Stephanie Zeady, ended their relationship amicably, though.

Consider the fact that she demonstrated her support for him on her Instagram account (which has since been set to private) by stating that she’s extremely proud of him for getting on the show.

And there’s more! Alongside a cute pic of the two of them at a party together, she also posted a sweet message congratulating Nick for being cast on the show, ending it with the hashtag #teamnick and a few emojis including a trophy, black heart, party hat, and bells.

“Well, it’s official! @nickspetsas is headed to LA for the Bachelorette! We will be cheering you on from South Carolina all the way! Good luck Nicky, you’re going to crush it!!!!! #teamnick,” she wrote.

Nick Spetsas’s Instagram account has also been set to private, which is common for The Bachelor and The Bachelorette cast members, at least during the filming of the show. Remember, ABC is intent on maintaining privacy and secrecy prior to airing so nothing gets leaked!

All we know so far from his account summary is that to date, he’s created 36 posts and that he currently has 736 followers. That number is sure to grow substantially within the next few months as he becomes a more prominent reality star and gains fame from the show. Who knows? If things don’t pan out for Nick on this season, we could have yet another Bachelor Nick on our hands!