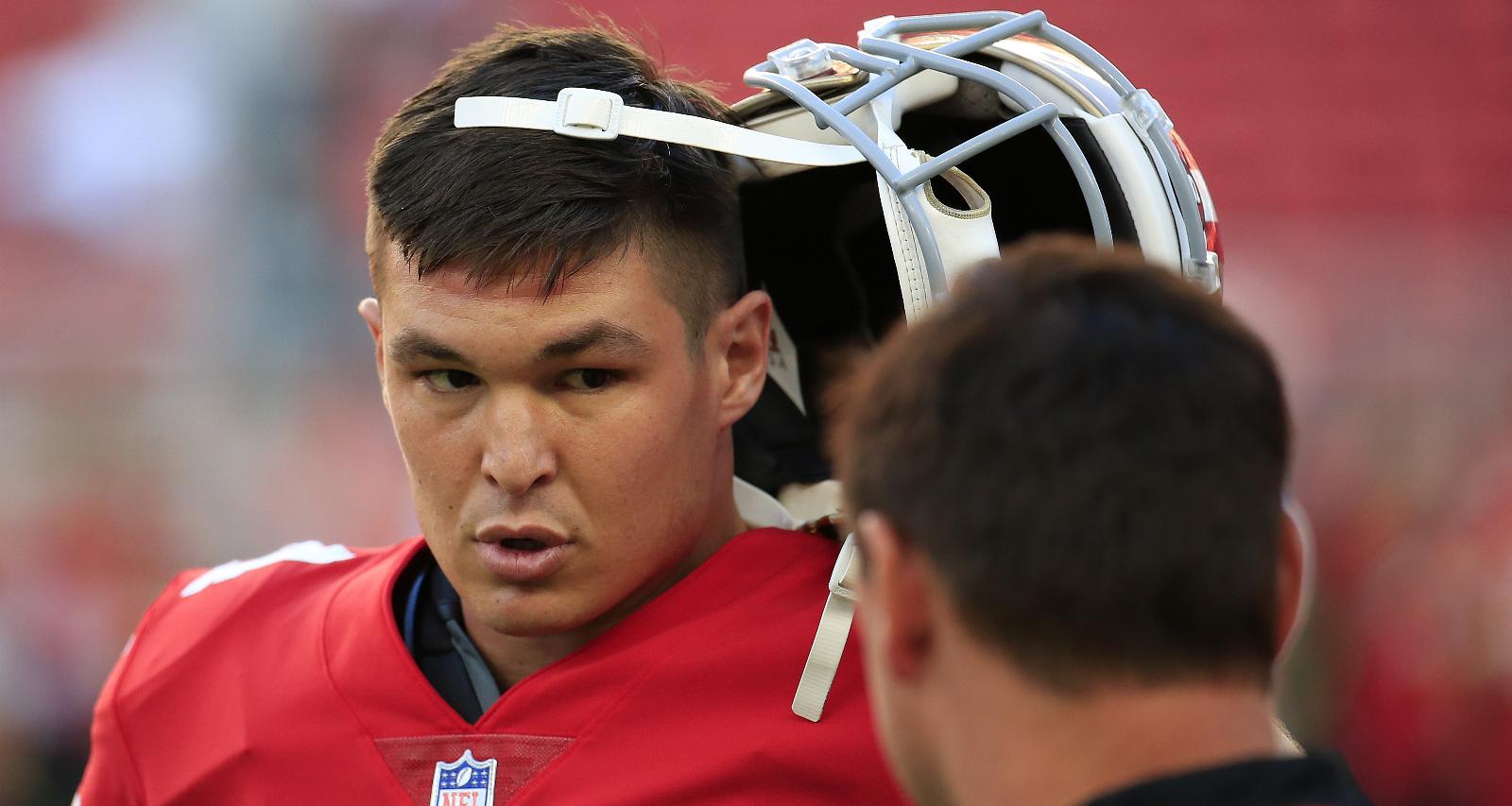 No one had heard much about Nick Mullens before Thursday (November 1). But the San Francisco 49ers quarterback recorded some pretty impressive stats in his NFL debut against the Oakland Raiders, leading the 49ers to a 34-3 victory. Now the attention is on Nick Mullens and the one woman who has supported him through it all. Nick Mullens’ wife, Haleigh Mullens, is equally deserving of the spotlight we’re about to turn on her.

They Are College Sweethearts

Happy 19th birthday to one of my best friends! Haleigh Hughes, you have been such a blessing in my life and I thank God…

Haleigh is the eldest of three children and the only girl born to Kiley and Kellie Hughes. The older of her two brothers, Layton, is a familiar face on her Instagram. Her father played baseball and Layton is following in their dad’s footsteps.

Soon after their honeymoon in St. Lucia, they moved to their new home in California in January. Nick had completed his rookie season with the 49ers in the practice squad then.

Thank you 2017 for such wonderful memories! We had the most perfect wedding weekend, we honeymooned to St Lucia, then moved to California, completed Nick’s rookie season, and got our dood Scout! 2017 will be hard to beat, but 2018 here we come!

They spent the off-season together before Nick went off to training camp. Nick was later called up to the active roster when Jimmy Garoppolo and CJ Beathard were sidelined because of injuries.

While Nick was the winning quarterback of the Southern Miss Golden Eagles, Haleigh was a Golden Eagles cheerleader. She was also a member of the Kappa Delta sorority and a Luckyday Scholar.

The future Mrs. Mullens graduated in 2016 with a bachelor’s degree in liberal arts and science and a minor in psychology. She balanced a 3.7 GPA with her extracurricular activities.

Haleigh is far from hanging up the pompoms. She has been an instructor with the Universal Cheerleaders Association since 2012. She’s also worked as a recruiting assistant for the Southern Miss football program since 2014.

She often refers to herself as Nick’s “#1 cheerleader” in her Instagram posts.

She Was an Elementary School Teacher

Aside from her associations with her alma mater and cheerleading, Haleigh reportedly worked as the fourth grade teacher at Oak Grove Upper Elementary in Hattiesburg, Mississippi. But it appears she left her job at Oak Grove when Nick went from the 49ers practice squad to signing a reserve/future contract in January 2018.

According to her Instagram, the couple now resides in California. It’s not clear where she currently works. She does, however, continue to tweet news and tidbits related to teaching.

Haleigh stated in her LinkedIn profile that she hoped to work in pharmaceutical sales after graduating. But it appears that working with children has always been her calling. After all, she has been a mentor for the Girl Scouts of the USA and Prevent Child Abuse America.

She’s still passionate about teaching and education. She expressed her grief about the Parkland shooting in February.

As a teacher, I can’t even imagine going through such a tragedy and nightmare like what happened today in Florida. Sending my love and prayers to everyone who has been affected. My heart is aching for you ? #DouglasStrong #PrayForParkland

We look forward to seeing what’s to come both on and off field for Nick Mullens and his wife, Haleigh Mullens.