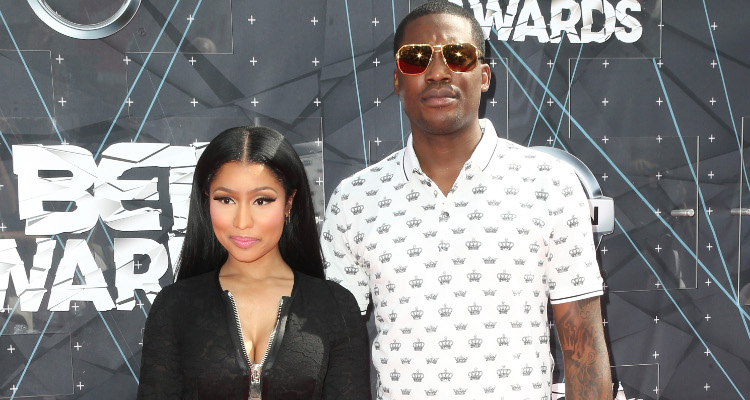 Don’t mess with Nicki Minaj. The “Anaconda” rapper recently went off on her ex-boyfriend Meek Mill, after he called her a “b***h” during his concert last weekend!

Nicki Minaj is one of the top female rappers in the world and has earned quite the name for herself, proving that she is not someone to be taken lightly. The 34-year-old “Super Bass” singer has been nominated 10 times for a Grammy Award and is best-known for her catchy lyrics and colorful wigs and costumes. Nicki Minaj seemed to have it all—a successful career, a loving fiancé and millions of die-hard fans who would do anything for her. Unfortunately, she and her rapper boyfriend Meek Mill split in January, ending their relationship of two years. Minaj took to Twitter to share the devastating news with her heart-broken fans, who were desperately rooting for the good-looking couple to last. After calling off their rumored engagement, Nicki Minaj and Meek Mill have been at odds, especially after the 29-year-old rapper trash-talked Minaj during his recent concert on February 11. In an attempt to retaliate to Meek Mill’s statement, Minaj posted a meme on Instagram ahead of Valentine’s Day. Check out Nicki Minaj’s Instagram post for Valentine’s Day 2017 right here.

Also Read: March Your Way and Go for Meek Mill & Friends Concert in March and April

The “Starships” singer put all the breakup rumors to rest, when she revealed the news of her split from Meek Mill last month. The attractive pair confirmed dating rumors in 2015, and quickly became one of the strongest celebrity couples in the music industry—only to announce their breakup earlier this year. If you’re still wondering whether Nicki Minaj and Meek Mill actually broke up, Nicki Minaj’s Instagram post will put you at ease. 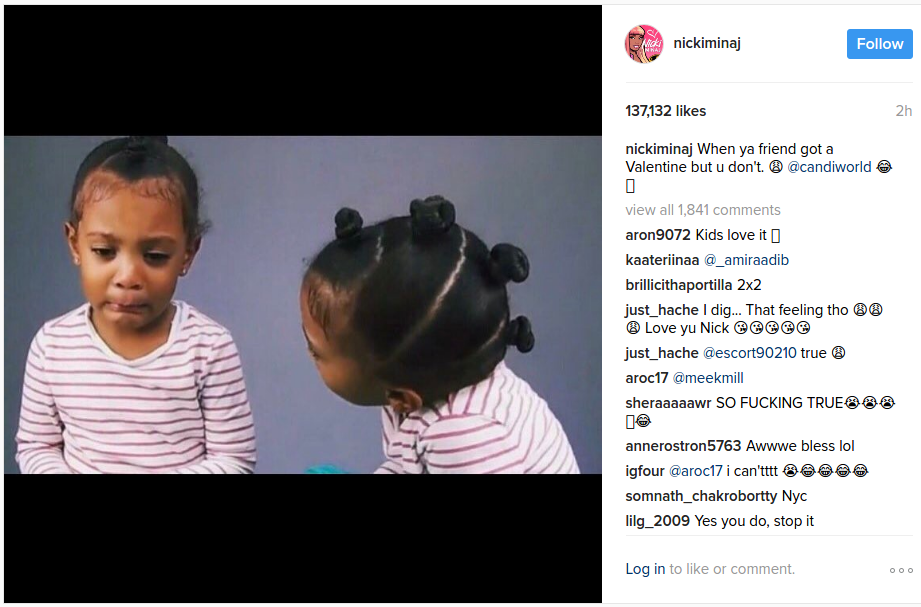 The outspoken star posted an adorable Valentine’s Day meme on Instagram, captioning it, “When ya friend got a Valentine but u don’t. [sic] ” Minaj tagged her hair stylist Candi in the post that received over 110,000 likes in less than an hour. Nicki Minaj’s Instagram post seems to have struck a chord with her 73 million Instagram followers, who are nodding their heads in agreement.