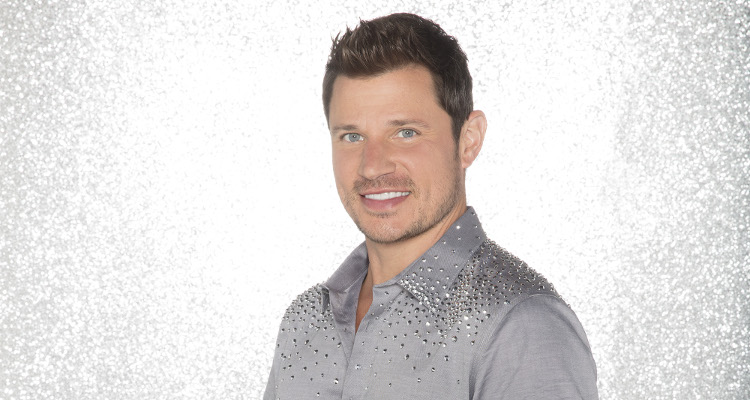 Singer Nick Lachey danced his way to the judges’ hearts by performing the cha-cha alongside his professional dance partner, Peta Murgatroyd. Here is everything you need to know about Nick Lachey on Dancing with the Stars.

On Monday, September 18, 13 contestants graced the Dancing with the Stars stage to show off their killer moves with their professional dance partners. It looks like there will be some intense competition this season as the celebrities flaunt their best moves while winning over the judges and viewers.

One of the amateur dancers paired with professional Peta Murgatroyd is Nick Lachey. If you want to know a little more about the singer, then take a look at our Nick Lachey wiki.

Born Nicholas Scott Lachey on November 9, 1973, in Harlan, Kentucky to John and Cathalyn Lachey, Nick Lachey’s age is 43. He has a younger brother, Drew Lachey, a singer and actor who won Dancing with the Stars season 2.

Lachey attended the School for Creative and Performing Arts in Cincinnati, Ohio, as well as Miami University in Oxford, Ohio, where he was a part of the Sigma Alpha Epsilon.

Lachey has had his fair share of relationships and marriages. In 1998, he and Jessica Simpson were introduced by their manager at a Christmas party. A year later, after meeting again at a Teen People event, they started dating . Their relationship was filled with ups and downs, as the couple broke up for five months, but got back together in 2001. After dating for a year, Lachey and Simpson got engaged and walked down the aisle on October 26, 2002, in Austin, Texas.

Their marriage came to an end in November 2005, when they announced their separation. On December 16, 2005, Simpson filed for divorce, citing irreconcilable differences, which was finalized in 2006.

That year, Lachey released the video for his song, “What’s Left of Me,” in which fashion model, beauty queen, and television personality Vanessa Minnillo starred. The two then started dating, but their relationship suffered a brief setback when they broke up in June 2009, only to get back together four months later. According to sources, in November 2010, Lachey went down on one knee and proposed to Minnillo near a beach in California.

The duo even announced the news of their engagement in a joint statement, which read, “We’re excited and incredibly happy about our engagement and we look forward to a wonderful future together.” In fact, Lachey even took to Twitter to announce the happy news, “Hey all. If anyone’s heard the rumors of my engagement, they are absolutely true! Vanessa and I couldn’t be happier. Thanks for all the love.”

Lachey and Minnillo got married on July 15, 2011, on Sir Richard Branson’s private Necker Island in the British Virgin Islands. Their wedding was highly publicized, being filmed and aired on TLC. The couple has three beautiful children together: Two sons and a daughter.

Nick Lachey’s Songs and Net Worth

When the band went on hiatus, Lachey continued his career in music as a solo artist. He released several albums such as SoulO, What’s Left of Me, A Father’s Lullaby, and Soundtrack of My Life.

Nick Lachey on Dancing with the Stars

Ya'll ready for this?? @petamurgatroyd and I need your support. The first LIVE show is in 2 days. Get ready to vote people!! #teammomandpops

Dancing with the Stars has become a family affair for Lachey, as his wife is competing against him to take home the Mirrorball Trophy this year.

In season 25 of DWTS, Lachey is paired up with professional dancer Peta Murgatroyd. During the season premiere, Lachey and Murgatroyd danced the cha-cha and scored a respectable 18.

Before taking over the stage on Monday, Drew Lachey spoke about his brother’s mindset, “I guarantee you, right now they’re starting to freak out. The show is today, they’re thinking, ‘Please, just don’t let me go home first, let me remember the steps.’ There’s a lot going on in their heads right now.”

He continued, “It’s going to be a tough season for the judges, Obviously, Victoria [Arlen] and Val [Chmerkovskiy] — her story of coming from the Paralympics to learning to walk again, and now she’s on Dancing with the Stars — to Nick and Vanessa and that storyline as well, to Debbie Gibson. You’ve got a lot of people out there with some pretty significant fan bases, and you can’t take for granted the strength of their partner’s fan bases, as well.”

Lachey and his dance partner killed it on the Dancing with the Stars stage last night. If you did not see their moves, then take a look at Nick Lachey and Peta Murgatroyd’s performance on DWTS season 25 right here: