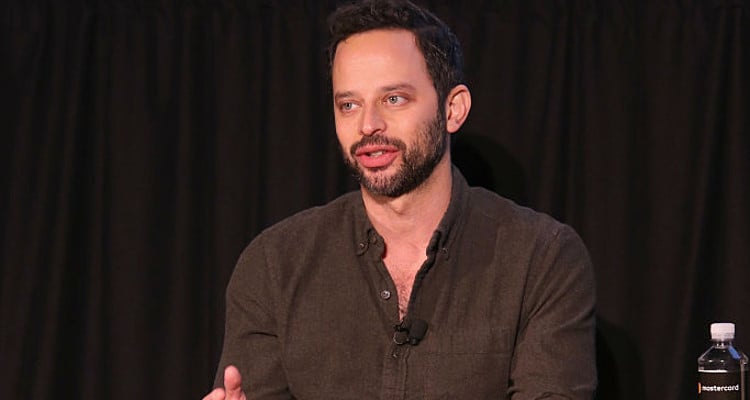 What happens when two comedians pair up and become a couple? Their lives and household are surely on fire with heavy doses of laughter. If you know about Nick Kroll, then you must be aware that American actor recently appeared in the Broadway opening of “Oh, Hello.”

If you don’t know who Nick Kroll is, then worry not—we have compiled some interesting facts about him from Nick Kroll’s wiki. Kroll is famous for his role as Rodney Ruxin on the comedy series The League. He even has his own sketch comedy show known as Kroll Show on Comedy Central. Now that we know a little about him, let us dig into some more details about the 38-year-old TV star.

Kroll’s Parents Are the Founders of Kroll Inc.

Nicholas J. “Nick” Kroll was born on June 5, 1978, in New York City. He was raised in Westchester County, New York. His parents Lynn and Jules B. Kroll are the founders of Kroll Inc. Nick Kroll is the youngest sibling in his family. He has a brother and two sisters. He graduated in 2001 from Georgetown University. Although he majored in History, he was slowly leaning towards Media.

Kroll’s father owns Kroll Inc.—a billion-dollar company. According to sources, he is the mastermind behind the invention of the modern corporate investigations industry. In 2004, Kroll Inc. was sold to the Marsh & McLennan group of companies.

Although he majored in History, he was particularly inclined towards Media. Hence he pursued his interest and became one of the most amazing writers of Comedy Central’s Chappelle’s Show and MTV’s Human Giant. He has acted in several television shows such as Human Giant, Cavemen, Worst Week, Childrens Hospital, The Life & Times of Tim, Reno 911, Sit Down, Shut Up, The League, American Dad!, Parks and Recreation, Comedy Bang! Bang!, Kroll Show, Burning Love, Brody Stevens:Enjoy It! and Animals.

Apart from writing and appearing in TV shows, he has worked in a couple of TV movies such as The Negotiating Table, I Love You, Man, Date Night, Get Him to the Greek, Little Fockers, Adult Beginners, Vacation, Knight of Cups, Joshy, My Blind Brother, Sausage Party, Loving and Sing.

Nick and Amy started dating in May 2013, and in fact, they have even appeared on each other’s shows. Nick Kroll made an appearance in Parks and Recreations. It has also been said that Amy Poehler also made an appearance on the Kroll Show. During the 2014 Golden Globe Awards, in one of Amy’s skits, she made out with U2’s Bono. In response to the make out scene, Kroll jokingly warned Bono to watch his back.

In fact, news of them dating was confirmed in Poehler’s 2014 memoir Yes Please, wherein she mentioned him several times. However, the pair split up after dating for two years in September 2015.

Kroll’s hard work and amazing script writing skills prove that he is a fantastic comedian. His comebacks and lines are perfectly delivered, and it comes as no surprise that he is adored by so many people, including those in Hollywood.