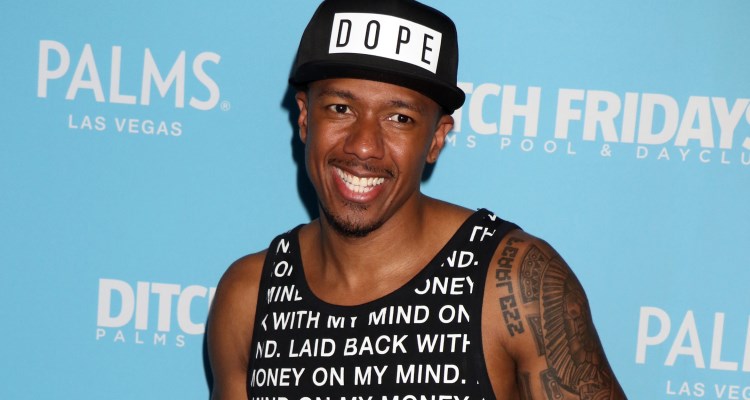 If you’re wondering why Nick Cannon is making headlines lately for reasons other than his divorce, then we have the answers you need! Lately, terms like “Nick Cannon age,” “Nick Cannon girlfriend,” “Nick Cannon tattoo,” and “Nick Cannon man bun” (yes, man-bun) have all been trending, especially now that the 35-year-old star is in the spotlight these days. In honor to answer all your questions, here are some facts about Nick Cannon, including Nick Cannon’s net worth!

The Wild ‘N Out Season 8 premiere is tonight at 10:00 p.m. EST on MTV and it’s been buzzed about for its amazing performances, as well as its comedic agenda. Tonight’s episode will feature rapper, Tyga and Keeping Up With the Kardashians reality star, Scott Disick. This season’s trailer has already aired online and it’s one summer program you won’t want to miss! Cannon pitched the show to MTV back in 2005 and it has been successful ever since. Cannon actually had to pay to make the first episode himself and convince a hesitant MTV to give it a shot, once they saw the final project. Over 100 episodes have aired, leaving Cannon responsible for starting a new trend of comedy/lyrical- themed shows.

Think before You Ink

Remember that big “Mariah” tattoo on Cannon’s back? Well, either way it doesn’t matter now, because Cannon had it removed. That’s right, recent photos have shown the America’s Got Talent host is sporting an even bigger tattoo of a crucified Jesus Christ, replacing the previous body art. A similar solution occurred when The Real co-host, Adrienne Bailon got Rob Kardashian’s last name removed from her butt. It was both painful and expensive—next time maybe just use initials?

Cannon and former TLC singer, Rozonda “Chilli” Thomas have been getting closer lately, after dating for a couple months. She’s even braiding his hair and man bun, according to sources. If that wasn’t serious enough, reports say that they’ve even met each other’s families and Thomas will be attending Tuesday’s episode of America’s Got Talent with Cannon’s mother. When finalizing a divorce, sometimes all you really need is a little TLC!

With Cannon wearing so many different hats (and occasionally turbans) it’s no wonder why his net worth is $50.0 million. With hosting gigs such as America’s Got Talent and Wild ‘N Out, Cannon is going to be very busy this summer. And on August 7, Cannon and other celebrities will be talking about their careers on an episode of Hollywood Reporter: Reality TV Roundtable, so don’t miss it!

For more information on Nick Cannon, check out another article here and don’t forget to watch the Season 8 premiere of Wild ‘N Out tonight at 10:00 p.m. EST on MTV.