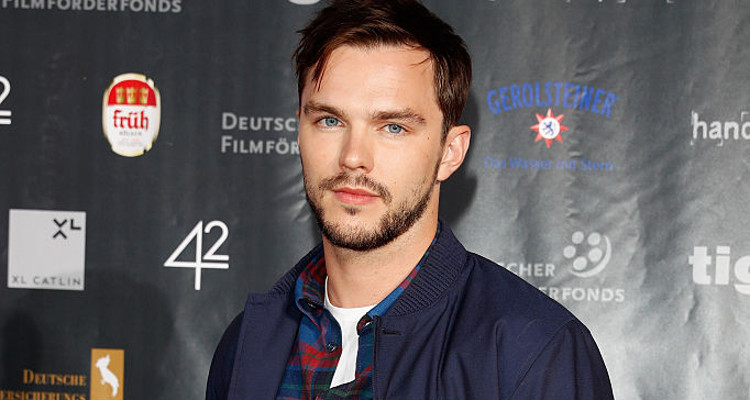 December 7 marked the birthday of English actor, Nicholas Hoult. For his birthday, we have compiled a list of some interesting facts about the young actor. Take a look at them!

Everybody knows who Nicholas Hoult is. Apart from his drop-dead gorgeous looks, he is also famous for being a part of the TV series, Skins. Hoult became famous in Hollywood in the movie About a Boy, for which he was nominated for the Critics’ Choice Movie Award for Best Young performer.

English actor Nicholas Hoult was born on December 7, 1989 in Wokingham, Berkshire. His mother, Glenis Hoult is a piano teacher and his father, Roger Hoult is a retired British Airways pilot. Nicholas Hoult has three siblings; James Hoult, Clarista Hoult, and Rosanna Hoult. Late actress, Anna Neagle was Hoult’s great aunt. Since his childhood, Nicholas Hoult’s older siblings were into acting, and he would often accompany his siblings to auditions.

He has learned ballet with his sisters, and was a part of the production of Swan Lake and The Nutcracker. Hoult went to The Coombes Nursery in Aborfield, Berkshire, and later attended the Aborfield Church of England Junior School.

Hoult was in a relationship with X-Men: First Class co-star, Jennifer Lawrence. The pair met each other on set in 2010. During an interview, Lawrence said, “[My boyfriend] is honestly my best friend, and hopefully I’m his best friend too. He’s my favorite person to be around and he makes me laugh harder than anybody.” However, the couple decided to go their separate ways and announced their breakup in August 2014.

Currently, Hoult lives in London and often travels to promote his movies and TV shows. It is also a well-known fact that Hoult is crazy about motor sports. He is a huge fan of Formula One and has attended multiple grand prix tournaments including Montreal, Germany, Monaco and Singapore. During his free time, Hoult likes to go Go-Karting and ride motorcycles.

Hoult is still in touch with many of his Skins co-stars. In fact, Kaya Scodelario, who played the role of his sister in the series, is one of his closest friends. She considers Hoult her “guardian angel in the Hollywood industry.”

His Hollywood Career Began at the Age of 3

Nicholas Hoult has been in several movies, TV shows, music videos, and commercials. He has made appearances in several movies such as The Weather Man, Kidulthood, A Single Man, Coming Down the Mountain, Clash of the Titans, Warm Bodies, Jack The Giant Slayer, Young Ones, Dark Places, Kill Your Friends, Mad Max: Fury Road, and Equals.

Nicholas Hoult’s upcoming movies for 2017 include Rebel in the Rye, Collide, and Sand Castle. Apart from movies, he has worked in several television series such as Magic Grandad, Waking the Dead, Star, Skins and Watership Down.

In 2010, Hoult appeared in the music video “Lez Be Friends” by the artist, Midnight Beast.

Hoult has Helped Many Charities

Hoult has specifically focused on charities that support and help children and young people. He has been a part of Teenage Cancer Trust since 2009 and in 2007, his name was inducted into the NSPCC hall of fame for his contribution and assistance in fighting child cruelty.

In 2010, Hoult visited the slums in Nairobi, Kenya with the Christian Aid project. Hoult became the first NSPCC Young Person Ambassador for the National Society for the Prevention of Cruelty of Children. He also supports Save the Children.

Nicholas has Been Nominated for Several Awards

Some awards Hoult has won include the Phoenix Film Critics Society Award for Best Performance by a Youth in a Leading or Supporting Role for his role in About a Boy. He also won the Teen Choice Award for Choice Breakout role in Warm Bodies.

Nicholas Hoult’s Net Worth is Estimated to be $4.0 Million

Nicholas Hoult has made his $4.0 million dollar fortune by working in several hit films and TV series, including the X-Men franchise. Additionally, he has endorsed several major brands like Nike. His net worth in the last five years is given below: