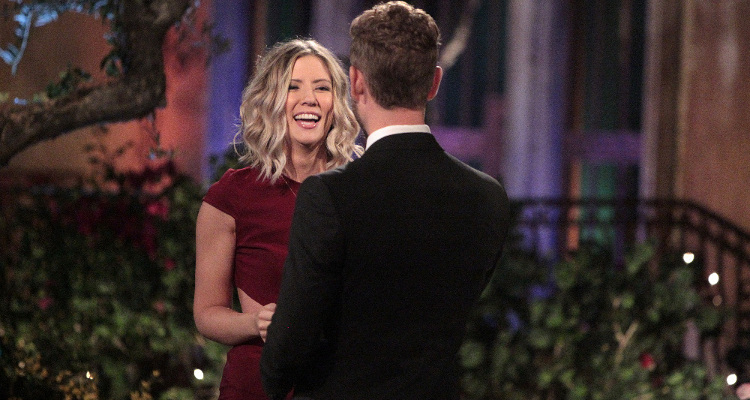 Danielle Maltby is one of the contestants hoping to win Nick Viall’s heart on The Bachelor season 21. She established herself as a frontrunner early in the competition after earning the first solo date with Viall.

Every season of The Bachelor showcases contestants with interesting backstories that make us want to know more about them. This season, we have Loz Sandoz who has history with Nick Viall, Raven Gates who became an entrepreneur after her father was diagnosed with cancer, and neonatal nurse Danielle Maltby, who has the most tragic backstory this season. Maltby was engaged to another Nick about six years ago, who sadly passed away. Here are some facts to know about Danielle Maltby’s late fiancé, Nicholas Haag.

#1. Nicholas Haag was a Musician

Nicholas P. Haag was an aspiring musician from Nashville Tennessee and was a skilled drummer and the electric guitarist. He attended the Florida School of Arts and graduated from a music production school in Phoenix, Arizona. He also performed with a few bands in Florida and Arizona.

In 2005, Haag moved from Florida to Nashville, in order to play guitar for the Wayne Mills Band, which he was a part of until 2008. He joined Chasin’ Mason in 2010, while also performing with Barkeep, an acoustic duo Haag started with a friend.

#2. Haag Died of a Drug Overdose

Nicholas Haag and Danielle Maltby were engaged for three months before Haag unexpectedly passed away on March 28, 2011. The cause of death was a drug overdose. Maltby found him and had him rushed to Waukesha Memorial Hospital in Wisconsin, where Haag passed away in the emergency room. He was 29 years old.

Maltby’s sad past with her late fiancé is constantly brought up, as it boost ratings for The Bachelor season 21. During their first one-on-one date with Nick Viall, Maltby revealed that she had no idea Haag was an addict.

We all know that Nick Viall and Danielle Maltby are from Waukesha, Wisconsin. Waukesha is also the town where Nicholas Haag passed away. Many hope Maltby makes it to the hometown dates so we can see what unfolds, and find out if their paths had crossed before The Bachelor.

Though Haag had moved from Nashville to Waukesha, he and Matlby were planning to live in Nashville where Haag’s family still lives, and where Haag could make it in the music industry. Sadly, Haag never made it back to Nashville, but his fiancé kept his memory alive.

Danielle Maltby moved to Nashville after her fiancé’s death in order to get a fresh start. She also got the word “Strength” tattooed on her left ring finger shortly after Haag’s death.

In her bio on the ABC web site, Maltby said that the most outrageous thing she has ever done was “Moved to Nashville and put myself back together.” She did start afresh in Nashville. Danielle Maltby is not only a neonatal nurse, but also a part-time model with AMAX Models. A look at her Instagram posts will also show that she often hangs out with musicians. She is also friends with American Idol alum and Twilight actress Nikki Reed’s ex-husband, Paul McDonald.

When you're friends come out to play 😘⚾️ #nashvillesounds