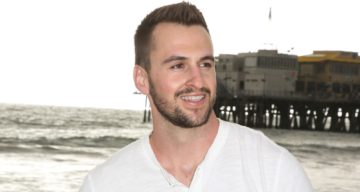 Nic Kerdiles is an unrestricted free agent in the NHL on paper, but hasn’t played in over two seasons. Though his ice hockey career was short-lived, he has been adding to his fortune through independent ventures. Nic Kerdiles’ net worth is estimated at a comfortable $2.0 million thanks to his NHL earnings and businesses. Since he split from Chrisley Knows Best star Savannah Chrisley, there’s been little news on Kerdiles. So here’s an update on what Nic Kerdiles is up to recently.

Texas-born Nicolas Kerdiles was raised in California, where he first learned to play hockey. Years later, he played two seasons of Division I hockey at the University of Wisconsin-Madison.

Kerdiles was selected by the Anaheim Ducks in the 2012 NHL Draft. He went on to forego his final two NCAA seasons to enter the NHL.

Nicolas Kerdiles is listed as an unrestricted free agent, but he no longer plays in the NHL. His ice hockey career earnings total to $952,960.

Since leaving the NHL, Kerdiles has become a licensed realtor based in Nashville, Tennessee. He works with the company Compass.

He has been with Compass only since July 2020, but has closed numerous sales. He has earned approximately $1.0 million in real estate dealings alone.

An additional supplement to his income is LuxView, a company in Nashville he co-founded in 2019. LuxView manufactures and installs sliding glass doors and windows for properties.