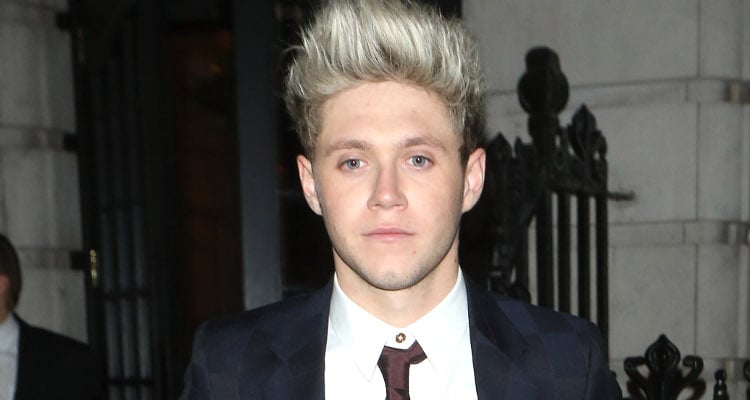 One Direction’s Niall Horan is the latest celebrity to fall prey to a security breach on Instagram. The singer, who turns 23 today on September 13, got quite an unpleasant birthday shocker! His Instagram account was discovered to be hacked, when his page showed unexplained screenshots of random Instagram and Snapchat accounts, and a video from “Team Error.” For all of you 1D fans wanting to know more about the hacking incident, read on because we’ve got the details!

Earlier today, random screenshots of Snapchat and Instagram accounts were posted on Horan’s Instagram page, giving fans quite a scare. The One Directioner took to Twitter to inform his fans that his account has been hacked.

“Something mad is goin on with my insta. Clearly some fool hacked it but they tagged themselves in it.” Niall said in a tweet.

Something mad is goin on with my insta . Clearly some fool hacked it but they tagged themselves in it…

It’s unconfirmed, but the hacker appears to be the same person who broke into Tom Hiddleston’s Instagram a few weeks ago. The screenshots of unknown Instagram and Snapchat accounts were also seen on Hiddleston’s page. The hacker reportedly went by the moniker, ‘Mr. Control’. The bio of both celebs was also changed to, “TEAM.ERROR.4.0.4 TEAM.ERORR.4.0.4,”. A drawing of a man with his face covered by a hoody was first uploaded on Hiddleston’s account and the uploads claimed ‘Mr. Control’ was behind the act.

Celebrity social network accounts being hacked has become common with hackers finding new ways to get pass security features. In the past, Katy Perry and Taylor Swift have also fallen victim to such security scares. Does anyone remember when Justin Bieber’s ex-girlfriend’s account was hacked? At that time, a nude picture of Bieber was posted on it, tagging Selena Gomez during the Bieber-Gomez relationship drama. Bieber’s ex ensured strict action was taken against the hacker. Taylor Swift was also victim to a hacking episode during the Kanye West “Famous” debacle.

While Horan’s account appears to have gone back to normal, 1D fans (who are known to be protective of their idols) expressed their frustrations regarding the hacker’s act. While some lashed out for going after the singer (and on his birthday no less!) others quipped about the hacker’s immaturity for hacking a celebrity account.