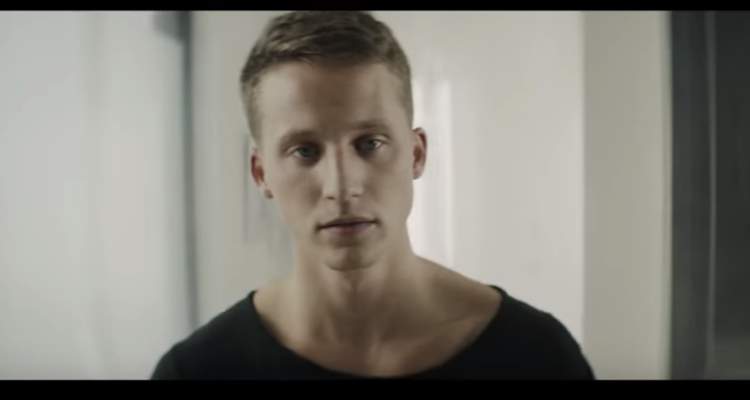 With new releases like Jay Z‘s 4:44 album and Demi Lovato‘s “Sorry, Not Sorry,” fans are wondering when NF’s new album for 2017 is coming out! If you’re also waiting on news of NF’s upcoming album for 2017, then you came to the right place! We’ve got all the details you need, right here!

He’s Not a Christian Rapper

Many have already dubbed him a “Christan Rap Artist,” but Nathan “Nate” Feuerstein, better known as NF, is setting the record straight. Last year, he topped the iTunes hip hops charts by reaching the overall top 10, another reason he is adamant on not being categorized in only one way. He’s a Christian, who raps; not a Christian rapper.

He was Influenced by Eminem

While NF is represented by CMG, which is described as the more Christian side of the Capitol Group, he was actually influenced by Eminem and anyone who has heard NF’s songs would agree.

“I got into music when I was like 12 or 13 years old,” NF told Idolator. “I was listening to a hip-hop artist named T-Bone. Then my biggest influence was Eminem. I started listening to Eminem, which you can hear the influence obviously, when I was like 13 or 14. I pretty much just listened to Eminem for six years. It was pretty much all I listened to and I’m not exaggerating. Every once in a while I would listen to other artists, but he was such a huge influence.”

The 26-year-old North Michigan native has made a place for himself in the hip hop genre and it’s worked for him, so far. He came on the scene with his 2015 debut album, Mansion, which was quickly followed by Therapy Sessions, in 2016. And as you can tell by the title, music is used as an outlet for the “Got You On My Mind” singer.

“Music is just therapy for me. So if you don’t like the music, cool. I understand, but you need to understand when you put on an NF album, I don’t just write music for fun. This is real for me. I say that very explicitly in the lyrics. I think that’s what people are loving about it. If you look at the cover, it’s me sitting across from myself. I’m trying to convey that Nathan and NF are the same thing.”
Where is NF’s New Album?

There’s plenty of room on the Billboard charts for NF’s new songs for 2017, but fans haven’t heard anything about it. A release date for NF’s upcoming songs for 2017 hasn’t been confirmed, but he’s been leaving clues and teasers on Twitter and his Instagram account.

He tweeted: “Acknowledge me or not you ain’t ignoring the following….#rec3 [sic].” Many believe that “rec3” was referring to his third record, which means that NF’s new songs for 2017 could be on their way! There’s also the cryptic post on his Instagram that read “IT’S FINISHED,” but he didn’t say what was finished exactly. Many of his fans asked if he had completed a single or an album, but he never replied.

Either way, the “I Just Wanna Know” rapper has been working on something and we’re not just talking about his current tour. Could his third album be on its way just in time for Christmas? Or will it be yet another surprise release?