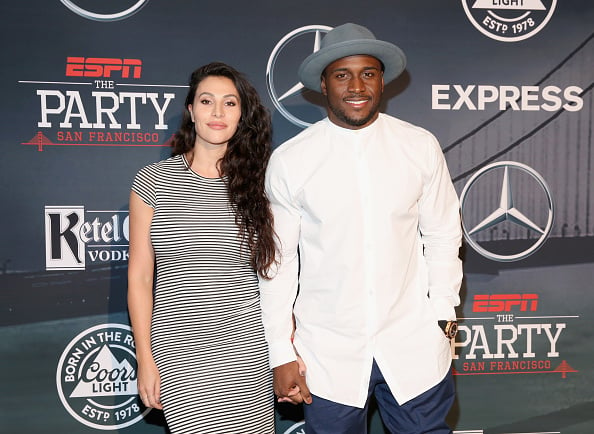 Everyone has splurged a little on clothes at least once in their life. Whether it was a fancy shirt or a pair of shoes too nice to wear, there’s always that one thing a person likes more than anything else in their wardrobe. But can a person appreciate those sorts of things when they can afford whatever bling they want? According to NFL star Reggie Bush, the answer is a resounding “yes!”

On Instagram, the San Francisco 49ers running back posted a picture of his latest piece of “body hardware,” which, not surprisingly, was an expensive-looking watch. And he clearly meant to show it off, because the only accompanying comment is the word “Details”; there’s just the picture, and it’s clearly focused on his wrist. The watch certainly looks expensive, given its number of intricate switches, as well as how much information is provided by the watch’s face. Interestingly, it is a normal watch, designed only to tell time, with no other additional features (that we know of); you’d think most people would be in a hurry to show off a “smartwatch,” but maybe Reggie Bush just likes to keeps things simple.

And apparently so do his fans, because over 5,300 took the “time” to hit the like button. “Love this peace looking good brother [sic],” wrote one, while someone else added, “You killin the watch game bro [sic].” Another asked the obvious question: where’d he get it?

Sadly, nobody could answer that for certain, although it does look like Hublot, a brand with pieces that can cost upwards of $20,000. The label has actually partnered with major celebrities in the past, including music mogul Jay Z and NBA icon Kobe Bryant, so it wouldn’t come as too much of a surprise to see Reggie Bush rocking one of his own. In fact, this isn’t even the first time he’s posted a picture of himself wearing a Hublot watch. A little while back he shared a very similar picture on Instagram to the one he posted today (a shot of his dressed up wrist), but mentioned in the caption, “Hublot Carbon Fiber Oceanographic 4000. My baby.” It’s hard to tell if he was paid to promote the name or if he’s just a fan.