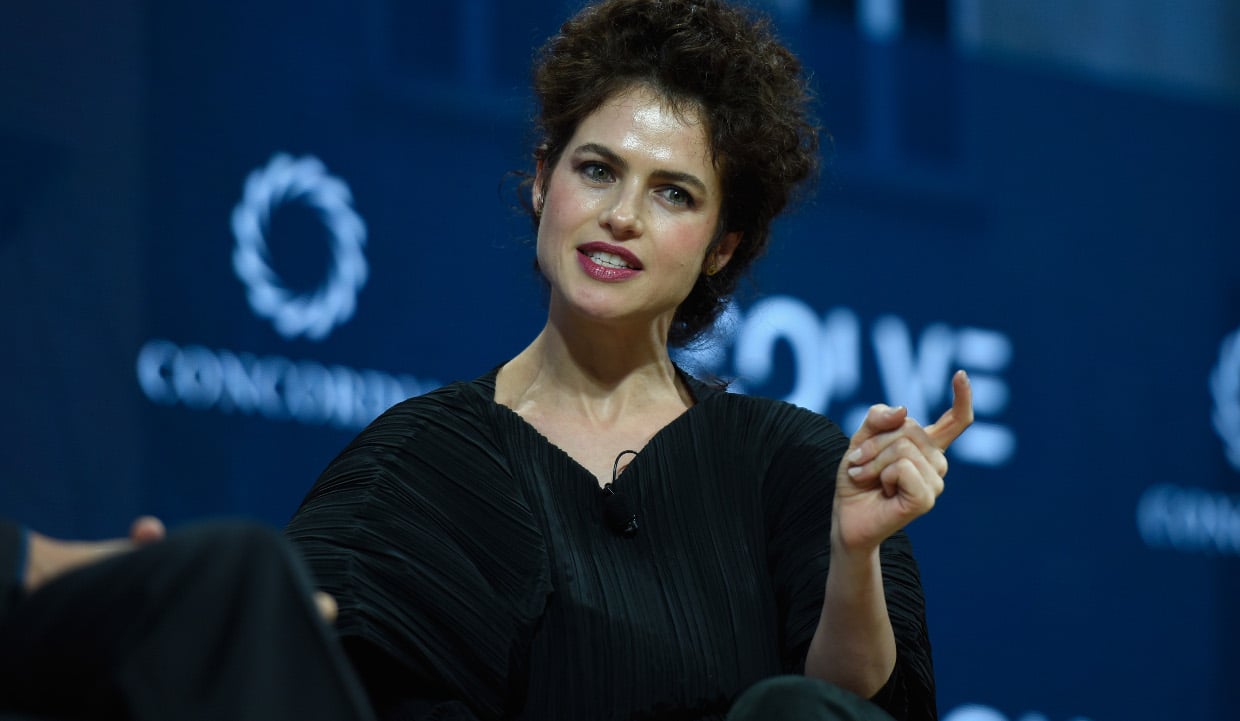 Brad Pitt is currently single after his highly-publicized divorce from Angelina Jolie. However, he is reportedly moving on with a new “friendship.” After romancing A-list actresses both on and off screen, Pitt is now allegedly courting and MIT professor named Neri Oxman.

Reports have surfaced that Brad Pitt is “spending time” with a woman named Neri Oxman and it has created quite a buzz. It’s not so much that everyone’s talking about the purported new relationship, but rather Oxman’s job.

Why? Neri Oxman is an accomplished MIT professor and architect! However, Pitt’s relationship history boasts the likes of Hollywood greats like Gwyneth Paltrow, Jennifer Aniston, and Angelina Jolie, so it’s shocking to see him with a woman we haven’t seen on screen before. But some have already alleged that Oxman physically resembles Jolie!

Keep reading to find out how this unlikely couple came together.

Who Is Neri Oxman?

American-Israeli architect and designer, Neri Oxman, is the Sony Corporation Career Development Professor and Associate Professor of Media Arts and Sciences at the MIT Media Lab. She is a popular professor, and students love her.

Neri Oxman’s father is Robert Oxman and her mother is Rivka Oxman, who are also both accomplished architects.

Oxman founded and directs the Mediated Matter research group at MIT, which researches architectural innovations. Her goal is to improve design practices that are in tandem with nature.

The architect earned her doctorate in design computation as a Presidential Fellow at MIT. Her architectural accomplishments have also won her several honors within the field.

The Silk Pavilion is among her most celebrated works, where she combined robotic technology and live silkworms. A robotic arm was used to weave silk fibers with the help of 6,500 silkworms. Impressive!

A source exclusively told Page Six TV that Pitt and Oxman have been spending time together lately. They allegedly met through an architectural project at MIT, and the two hit it off instantly, the source said.

Pitt, a well-known design aficionado himself, founded the Make It Right Foundation after Hurricane Katrina to rebuild affordable and environmentally friendly homes. The source said that Pitt consulted Oxman on a project.

It is too early to label Pitt and Oxman’s relationship as romantic yet. The source clarified that they have a “professional” relationship at this point.

“Their friendship has not turned into romance … as both are cautious and this is, again, more of a professional friendship, but Brad is very interested in spending more time with Neri, she is fascinating,” the source said.

Too Soon for Labels

Pitt’s fans haven’t absorbed the news of his alleged relationship just yet. While Oxman sounds like an extremely impressive woman, some can’t look past her likeness to Angelina Jolie.

But it’s too soon to conclude that there is anything romantic between them. So far, the source has only said that Pitt and Oxman are friends.

Although a rep for Pitt declined to comment, a close friend of the actor said, “You are correct that they are just friends and she is very impressive.”

Oxman was not immediately available for comment and according to sources, she is currently married to Argentine composer, Osvaldo Golijov.

Brad Pitt is currently negotiating the terms of divorce with Angelina Jolie.