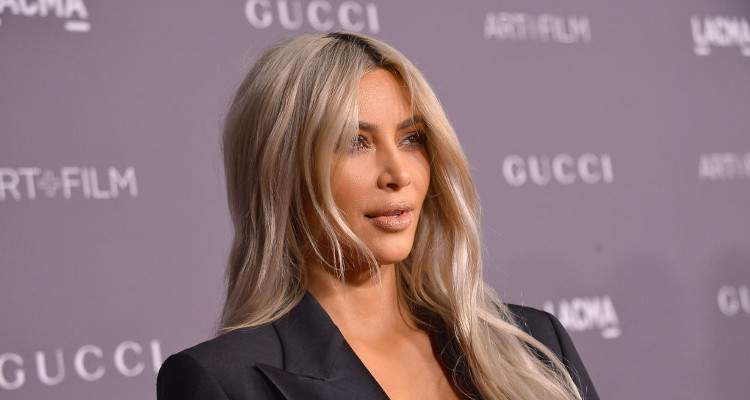 Kim Kardashian raised the bar once again on how explicit a person can get on Instagram, by posting nude and semi-nude photos of herself. She is also sporting a new hairstyle that has caused an uproar—and an exchange of words with another famous celeb! We’ve got the scoop, right here!

Whenever Kim Kardashian posts sexy snaps of herself on social media, it immediately becomes news. But when she posts nude (that’s right, nude!) pictures of herself on Instagram, it spreads like wildfire! Kardashian’s new nude photos are setting social media on fire, but it seems not everyone is liking her explicit posts—or her new “do.”

Kim Kardashian is always trying out new looks, and her diverse appearances over the years could put a chameleon to shame! Now, her blonde cornrows are getting a lot of attention. Kardashian calls them her “Bo Derek braids” naming them after 1980s bombshell actress, Bo Derek. While some people are less than pleased with Kim Kardashian’s braids, others are coming to the reality star’s defense.

Due to the braids, many people are now accusing Kardashian of cultural appropriation. One of them is her former friend, Lindsay Lohan who wrote, “I’m confused.” Kardashian was quick to reply with a clapback of her own, writing, “You know what’s confusing…..Your sudden foreign accent. [sic]” Ouch!

Others have chimed in on Twitter, some defending the reality star, while others are not.

Did @KimKardashian really refer to these traditional cornrows with beads as “Bo Derek braids”? this is a perfect example of #culturalappropriation #culturevulture I wonder what their daughters will call them? ?? Kanye, talk to your wife! #KimKardashianWest #kimkardashian pic.twitter.com/GJkfvFDMRU

Until black women stop wearing weave/human hair then stop talking about whites women wearing braids. She’s not disrespecting the hairstyle but embracing it , get over yourselves . #KimKardashian https://t.co/lwD6MMf3Jr

Some of these new nude Kim Kardashian pictures might not pass Instagram’s censor test, so many are wondering how long they will be kept up. Either way, we can almost hear the sounds of fans everywhere screenshotting the evidence!