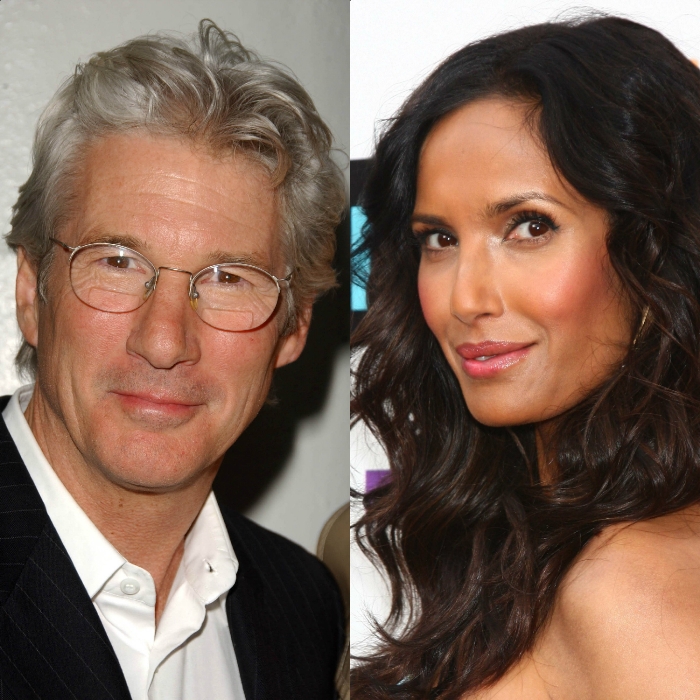 Richard Gere is still in the middle of finalizing his divorce from his third wife, Carey Lowell, but he’s already found himself a new younger woman to move on with. The 64-year-old actor is now reportedly dating 43-year-old TV host Padma Lakshmi.

The rumored celebrity couple is said to have been “quietly spending some time together” after meeting in Padma Lakshmi’s hometown in New York, where Richard Gere has been filming his upcoming movie, Time Out of Mind. According to an insider, the celebrity couple’s flourishing May-December relationship is still “very new and recent.”

Padma Lakshmi hasn’t been with another man, at least not in public, since her longtime boyfriend, billionaire Teddy Forstmann, died in 2011 from brain cancer. “It’s the first time Padma has dated anyone since Teddy [Forstmann], and it’s something she’s been approaching very, very delicately,” a source told Us Weekly, adding that the celebrity couple is still “just getting to know each other. They’re just having fun.”

Neither Richard Gere nor Padma Lakshmi has confirmed or denied the dating rumors yet, but we think they’d make a great celebrity couple. Aside from the fact that they’re both used to being in the spotlight, they’re also both into May-December relationships, so they presumably know what to expect.

First of all, Padma Lakshmi clearly has a thing for rich mature men. Before dating Teddy Forstmann, who was 30 years older, she was married to author Salman Rushdie, who is 23 years older. Meanwhile, Richard Gere has always been attracted to younger women. The age difference between him and his first wife, supermodel Cindy Crawford, is 17 years. The age difference between him and his second wife is 12 years.

What do you think: Do Richard Gere and Padma Lakshmi make a good couple?